She’s Got A Way: An Interview with Kelsey Waldon

During her recent stop in Connecticut we got to chat with country artist Kelsey Waldon about growing up in Kentucky, her latest album, and some of her proudest moments so far in Nashville.

It was a chilly December afternoon when I met up with Kelsey Waldon in New Haven, Connecticut. She had just finished a set at Cafe Nine, one of several shows where she was opening for Girls Guns and Glory.

As a songwriter, Waldon’s lyrics are honest and genuine, and she delivers them with such emotion that could only be felt through personal experience. She’s backed up by a band that perfectly complements her embrace of traditional country music. Waldon’s smooth vocals paired with Brett Resnick’s pedal steel dance together in a wonderful duet, delivering messages from heartbreak to personal empowerment.

Growing up in rural Kentucky, in the small town of Monkey’s Eyebrow, Waldon always knew she wanted to be a musician. She started playing music as a young girl and realized there wasn’t anything else she’d ever want to do.

The desire to make music skipped a few generations in Waldon’s family. Though her parents didn’t play at all, her great grandparents performed in bluegrass bands. And while she didn’t have musical influences living in her home, she had plenty of heroes to look up to. Names like Ralph Stanley, Vern Gosdin, Loretta Lynn, and Ricky Skaggs, all helped provide Waldon with a foundation of admiration and respect for country music. 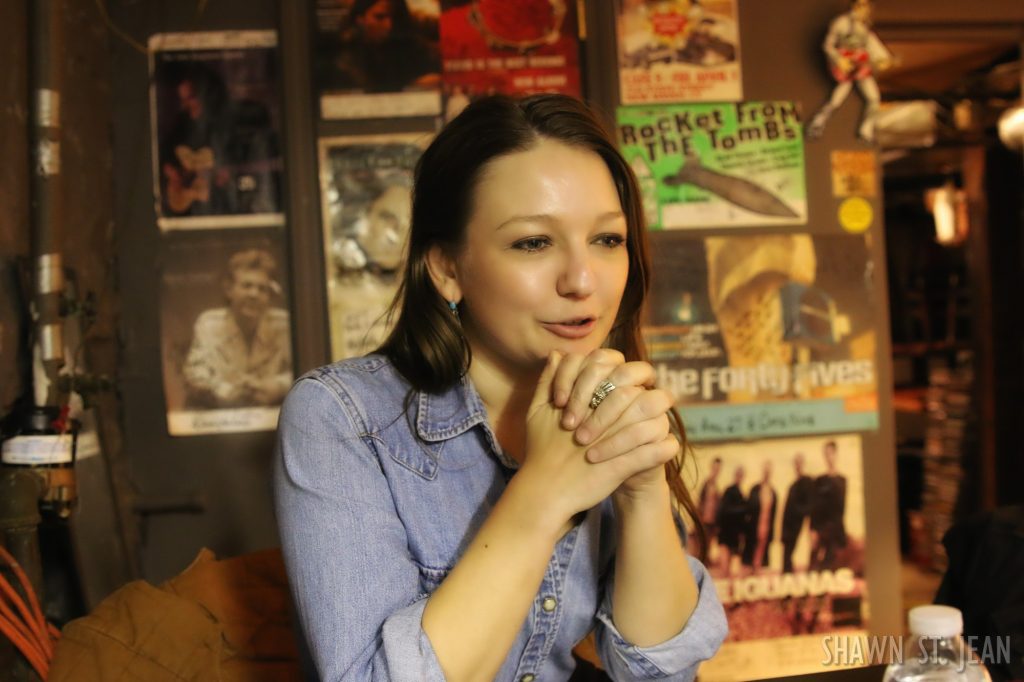 At age nineteen Waldon made the decision to move to Nashville. She broke up with her high school boyfriend, cleared all her ties to Kentucky, and made the leap. “I knew I needed to be where people could challenge me and just kick my ass,” she said. “I wanted to learn from the greats, and I just knew Nashville was where I had to go.” Waldon recalled a conversation she’d later have with country radio dj Eddie Stubbs where he said, ‘If you want groceries, you gotta go to the store.’ “So that’s where I went; I went to the store,” said Waldon.

Struggling through minimum wage jobs, Waldon found herself having to return home to Kentucky. There, after helping her get back on her feet, Waldon’s family made a deal with her. If she wanted to go back to Nashville, she’d have to go to college. Waldon jumped at the chance, enrolling at Belmont where she majored in songwriting and music business. But aside from going to class, she didn’t spend much time on campus. Instead, she used the opportunity to start working again. Whether it was hanging out at The 5 Spot or going to pickin’ parties, Waldon was once again doing what she loved: making music. 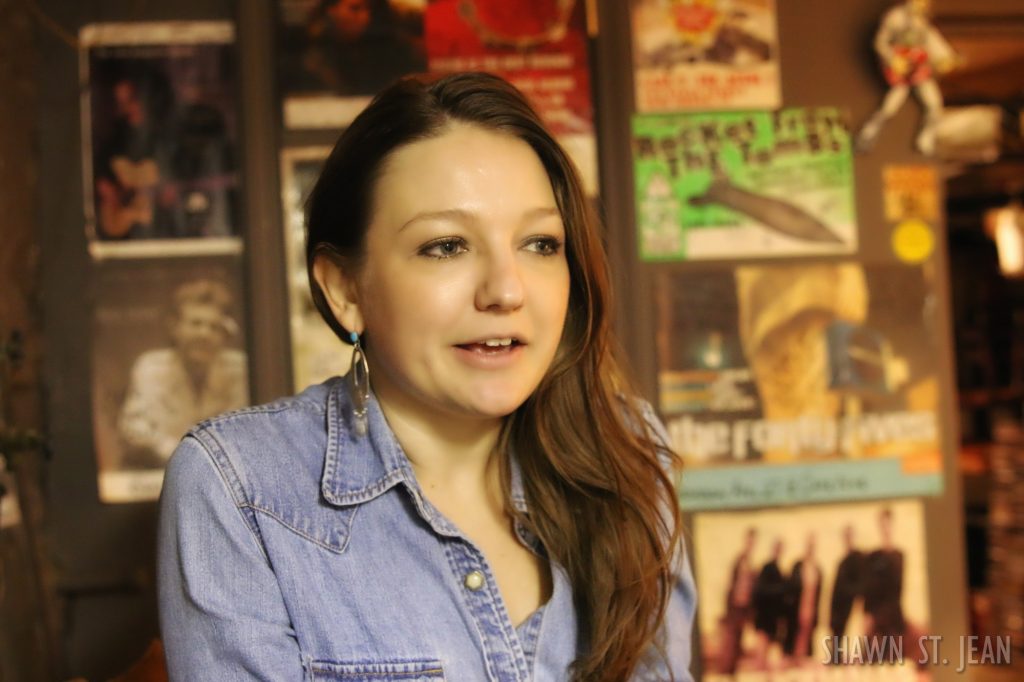 For Waldon, songwriting is very introspective and personal. “I tend to believe that there’s inspiration everywhere. I write about what inspires me in real time, and I don’t try to put any kind of limit on that,” she said. “I only want to do what inspires me. I’m just tryin’ to create the best art I can make and also give something to the world.”

And what about commercial success? “I’m definitely not worried about it sellin,” said Waldon. “I think the right people will find it and appreciate it, if I just stay true to what I’m doing. That’s the way all my heroes have done it. Ralph Stanley, Guy Clark, any of those guys. It’s like a calling for a lot of artists. It’s like being a farmer – it’s a calling. You know you might not make that much money but you feel like you have to do it.”

Waldon personally funded all of the initial production costs on her debut album, The Goldmine, which she released in 2014. She also turned to crowdfunding to help raise the last $5,000, the result of which she was incredibly grateful for, but given the stress not something she’d want to do again.  The album was produced by Michael Rinne and engineered by Anderson East. Waldon originally met Anderson through Rinne and recorded the album at his house, Farmland Studios. She considers Anderson, who she still refers to as Mike, a really good friend – “He’s such an amazing talent, I just love him to death,” she said. 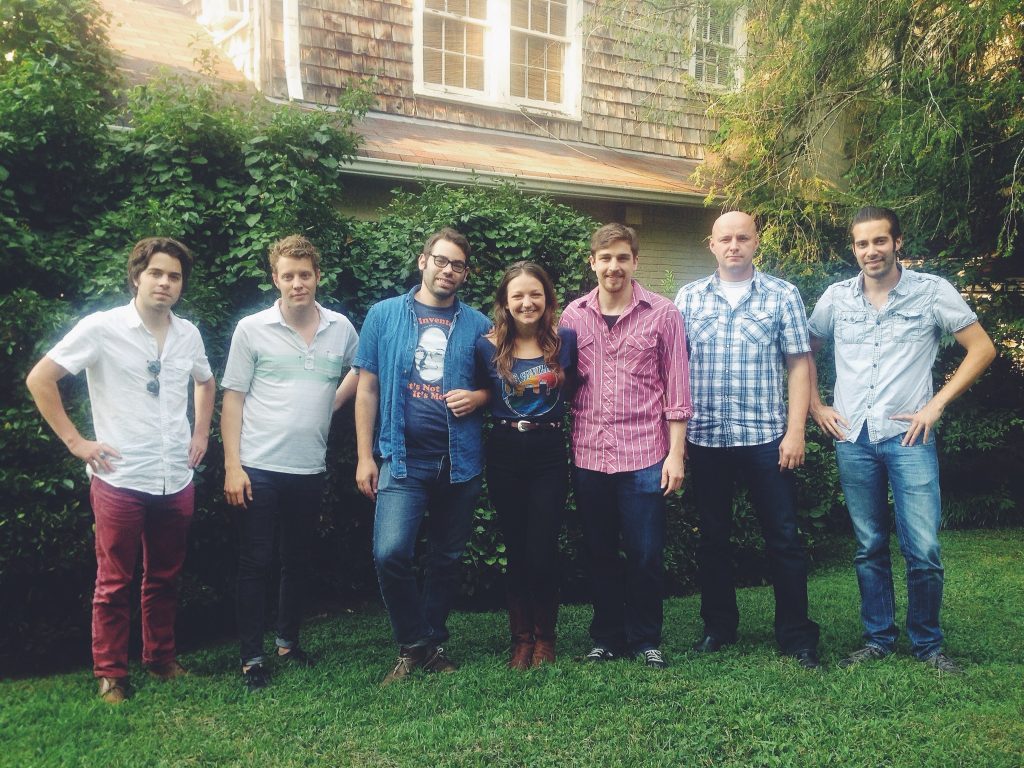 Waldon continued bartending, which provided her with an income and the savings needed to fund her second album, which Rinne returned to produce. I’ve Got A Way was released in August 2016. “It was a very introspective record from where I was at that time,” said Waldon. “I feel like it was a lot more personal for me; a lot more things that I actually struggle with that I wanted to lyrically discuss.”

Waldon made a real statement with the second track on the album, All By Myself. “It’s the anthem for the individual,” she said. “We all get to feelin’ sorry for ourselves, everything’s tears and beers and all that. I’ve been there, I’ve wallowed around in my misery plenty of times. I wanted to write something that was encouraging – a turn it up kinda song. You can be happy with what you have, it’s the power within ourselves.”

Waldon’s sophomore album also includes two covers: Bill Monroe’s Travellin’ Down This Lonesome Road, and the Gosdin Brothers’ There Must Be A Someone. Influenced by Willie Nelson’s use of covers on his albums, Waldon decided this was something she wanted to conquer. While she’s always been a huge Vern Gosdin fan, she hadn’t listened to the Gosdin Brothers until her drummer introduced her to There Must Be A Someone. She got hooked on it, “kind of obsessed,” and thought someone should record that song. For Travellin’ Down, Waldon said, “I knew I wanted to do something by Bill and for Bill, and kinda make it my own. It turned out great, and is one of my favorites to do live.” 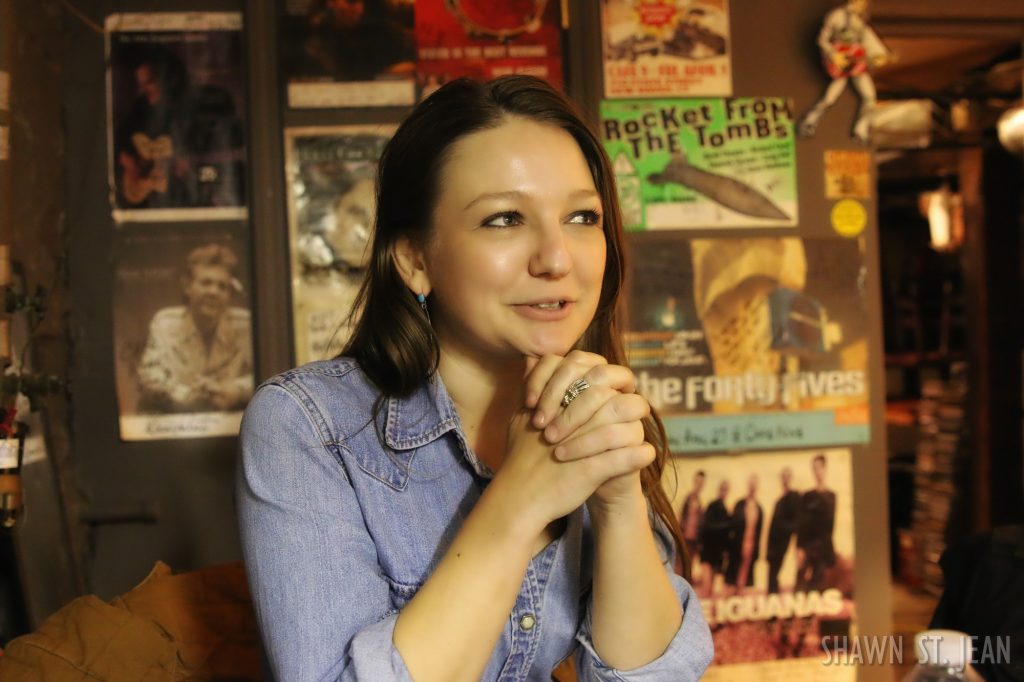 Producing under her own label, Monkey’s Eyebrow Recordings, has given Waldon greater flexibility, but of course doesn’t provide the financial support that she could receive from one of the majors. She has been in talks with some, and has turned some down recently. “Having a major label’s support would be huge,” she said. “But the team would have to be right – it would have to be the right fit.”

Reflecting back over the past few years, there were times when Waldon was bartending and would wonder how long it was going to take before she got to experience those bucket list moments she’d dreamt about since she was a young girl. “We’ve seen over the past couple of years, playin’ to 5 people or so, or going to play and being like, why are we even doing this, because nobody knows about it,” she said. But steadily, particularly with her latest tour, the crowds started growing. “People were showin’ up, and even though it wasn’t hundreds of people, it was at least 60 or 70 to 100 that we didn’t know who they were,” said Waldon.

Turns out, the answer to her question was November 4th, 2016. That was the night that Waldon took the stage at the Ryman, the Mother Church of Country Music. And then the next night, November 5th, was bucket list moment two as Waldon was invited to perform at the Station Inn, where she’d seen so many of her heroes perform over the years. “You just never know when it’s gonna happen,” she said.

And while she now has two records under her belt, larger and larger crowds showing up to see her perform, and is getting increasing recognition from the industry and press, Waldon is just getting started. “I’ve come a long way, but I’ve got a long way to go,” she said. “We have so much work to do. We’re sharpenin’ the knife every night.” 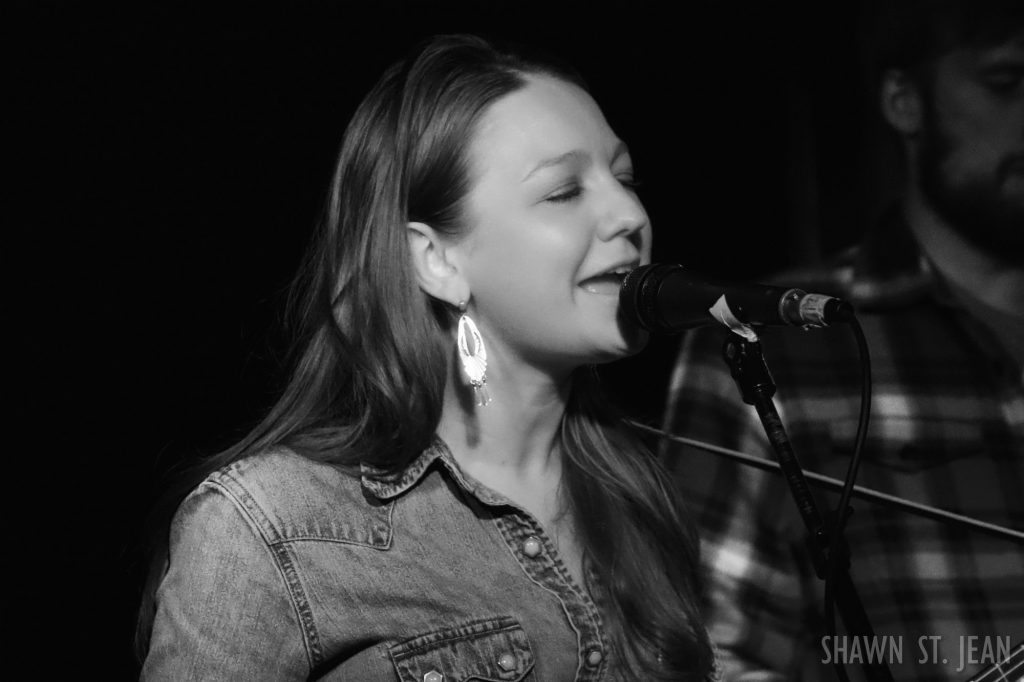 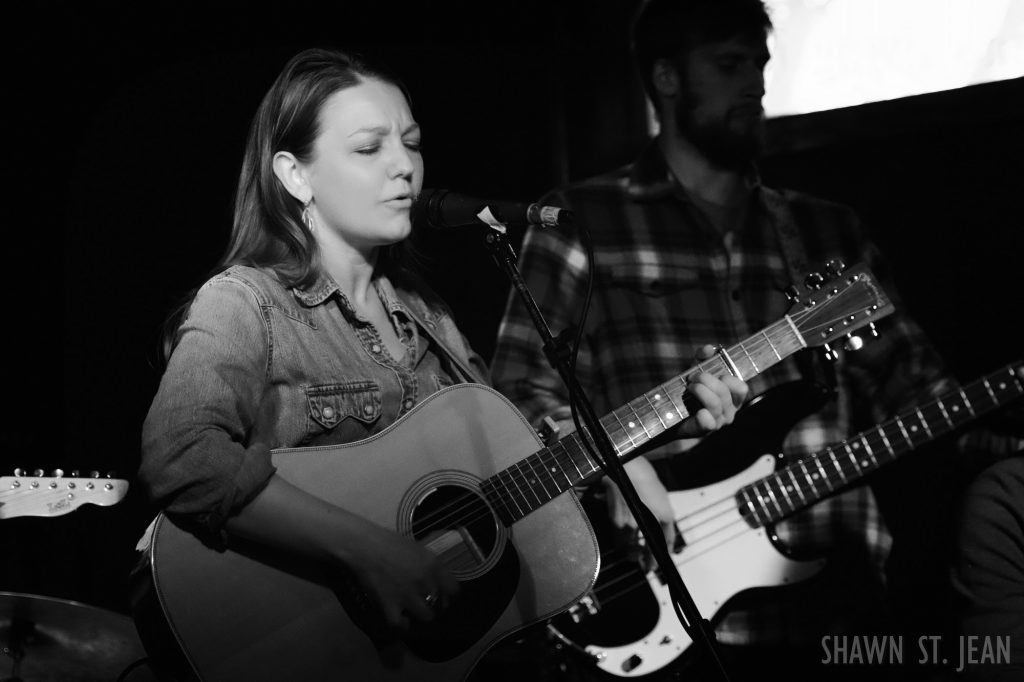 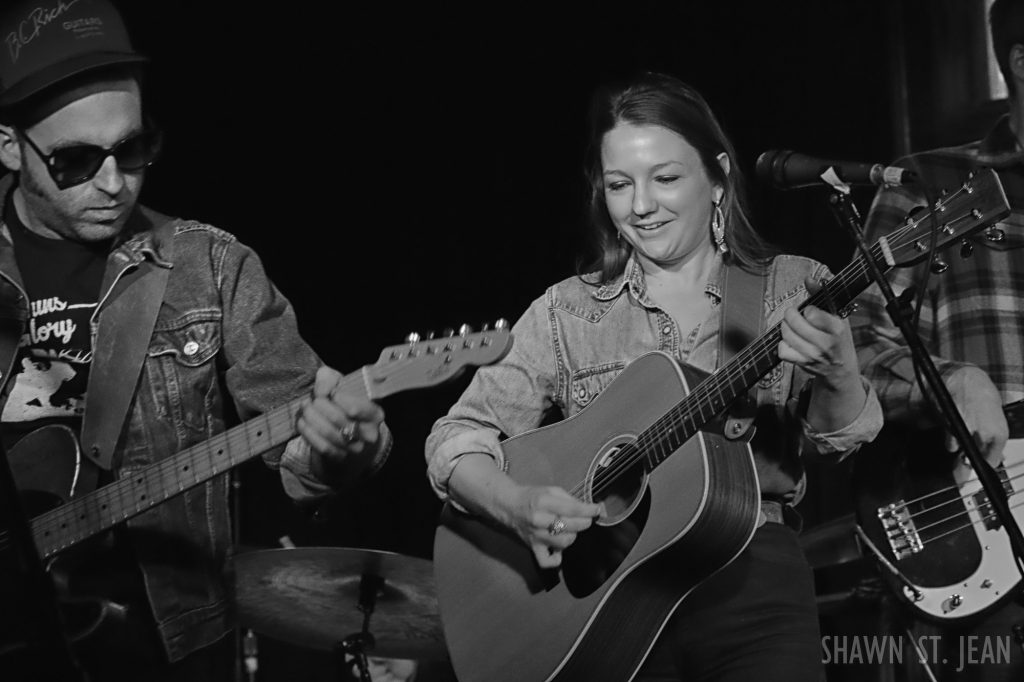 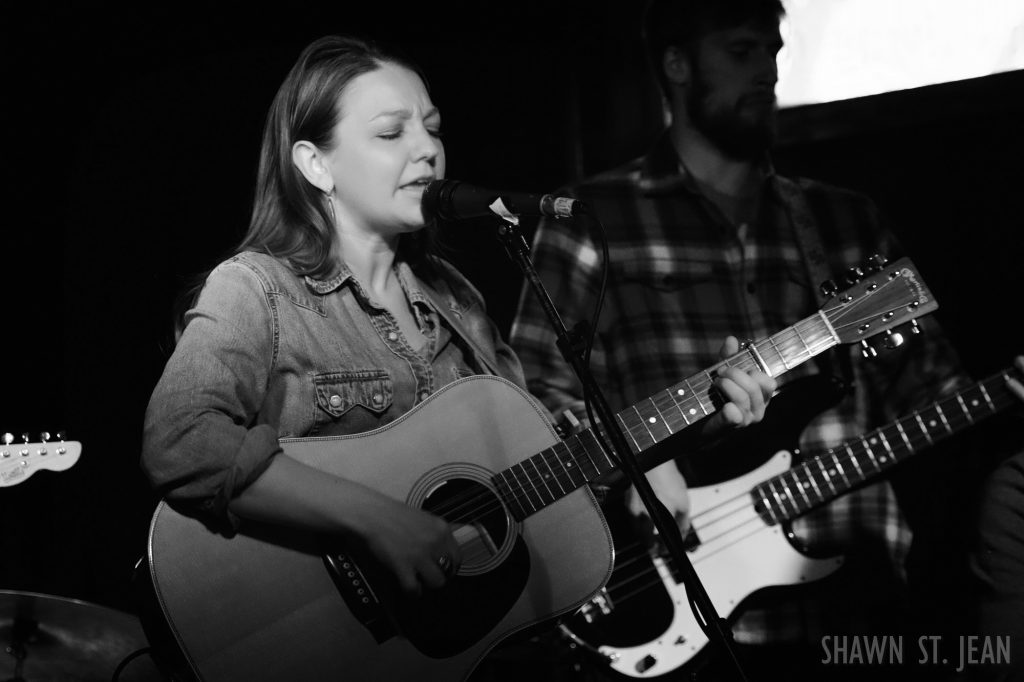 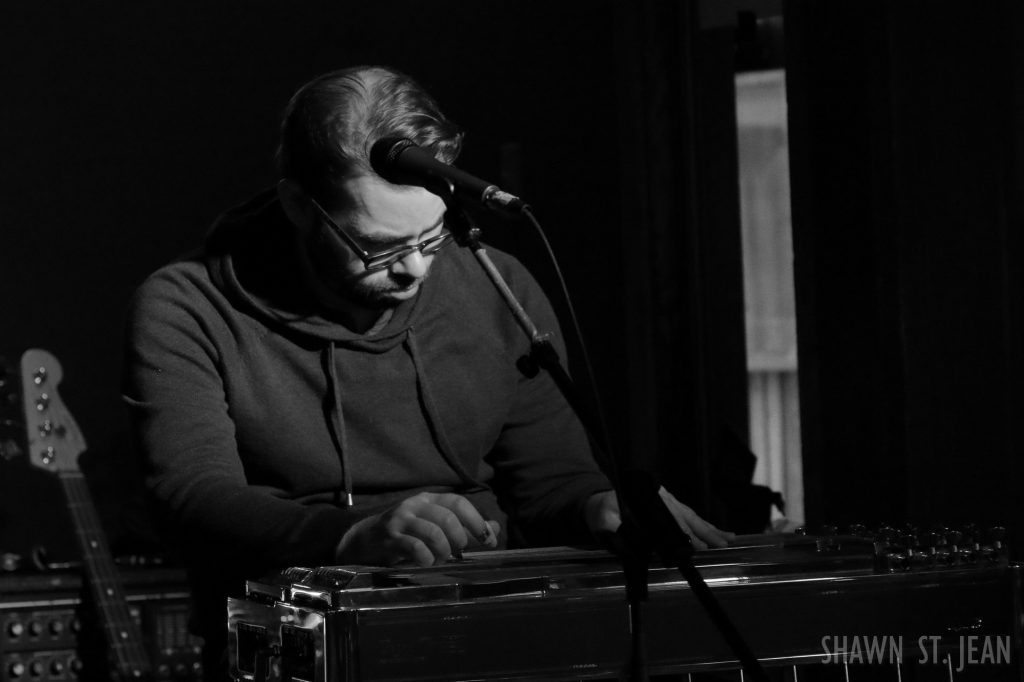 For all of the latest news and updates on Kelsey, head over to kelseywaldon.com. 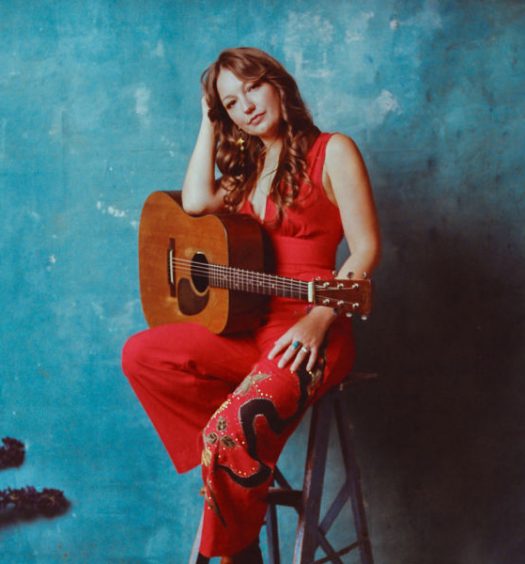 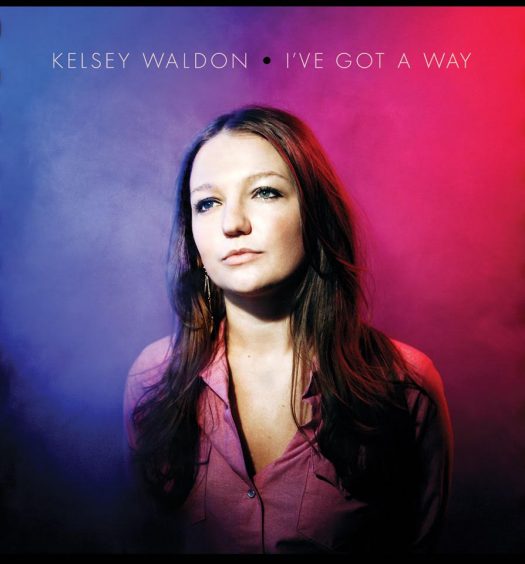 Kelsey Waldon – I’ve Got A Way