Interview with Katie Pruitt on the Release of her Debut Album, Expectations

I spoke with Katie Pruitt about coming out, honing her voice, and staying grounded in the midst of success.

On her debut album, Expectations, Katie Pruitt captures the intricate emotions of coming out while coming of age in a community that isn’t always welcoming of outsiders. By placing a high value on the authenticity and integrity of her voice, Pruitt created a record that boldly announces her undeniable talent.

Sharing Her Music with Family and Fans

Pruitt’s coming out, and the impact that had on her relationship with her family, emerges as the defining theme of Expectations. Like many LGBTQ people who have families that struggle to accept and understand them, it was a difficult time in Pruitt’s life. “Things were rough for, probably like a few years. Then once things started getting serious with my current girlfriend, and I kind of wasn’t coming home for Christmas and stuff, [my parents] were just like, “We want to talk about this.” I had to let them grieve, I guess. Like accept it on their own. They slowly met me in the middle, and then we had these pretty tough conversations.” 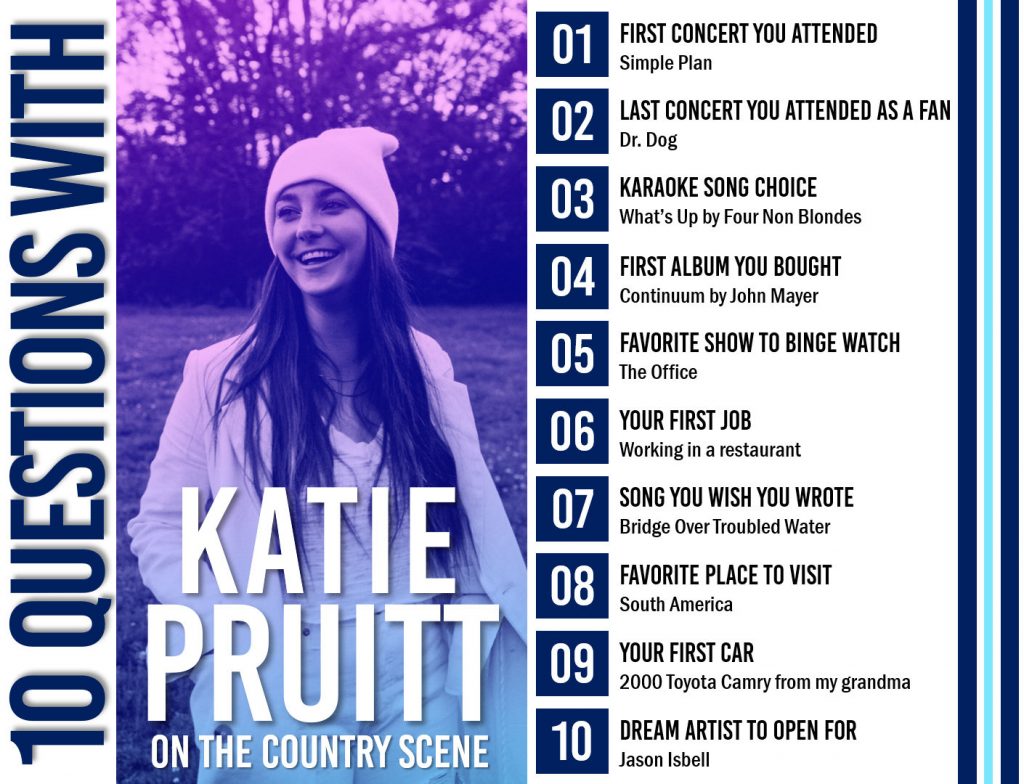 Music proved to be a catalyst for such conversations. After playing Georgia, a song that vividly depicts Pruitt’s home life, for her parents she said, “My mom cried, but then we talked about those tough feelings, and I was actually very shocked and surprised. I thought she was going to be, she was hurt by it, but she was also like I can’t believe I hurt you in that way and made you feel like that. I kind of realized that wow, I somehow was able to explain that feeling of shame that comes with coming out when your family isn’t accepting of it. They kind of understood the point of we’re not the only family that has been going through this or that has gone through this.”

That experience has connected with listeners. Pruitt says she now receives messages of support on social media from fans who say her music has helped them find understanding with their own families.

Before recording Expectations, Pruitt spent time touring as an opener for other artists, a practice that challenged her to nail down the heart of who she is as an artist into a thirty minute set. When I asked which songs Pruitt would choose as the best representations of her sound she called out Normal, Grace Has a Gun and Loving Her, a sweet, upbeat song about falling in love with her girlfriend.

Pruitt also said that she likes playing My Mind’s a Ship (That’s Going Down), a song from the album that has gotten less attention, “It feels really cathartic for me to play, and sing about because it’s a song about dealing with mental health, and searching for the gratitude to kind of get yourself, dig yourself out of that downward spiral that you’ve gotten yourself into.”

It took Pruitt four years to write the ten songs on her debut album, and each of those songs are sung with an unshakable purpose and clarity. There isn’t a lyric out of place. That economy of language stems from Pruitt being, “a big believer in quality over quantity.” When I asked about the time for a second album she said, “I would like it, and I’m sure my label would like it to not take that long again, but you know, I think there’s a lot of pressure on artists and songwriters for output, like constant output. We live in a society where it’s like all right, come on, you did that great debut, now follow it up with an even better sophomore record. It doesn’t work like that. I’ve got to live my life and experience things to write about them.”

Her writing process, Pruitt says, depends on being able to get out and experience life, which has proven difficult under quarantine. She explained, “sitting in my room writing all the time is not going to yield the best result. I need to take a walk or, I read this quote one time and it was like nothing in, nothing out, you know?” 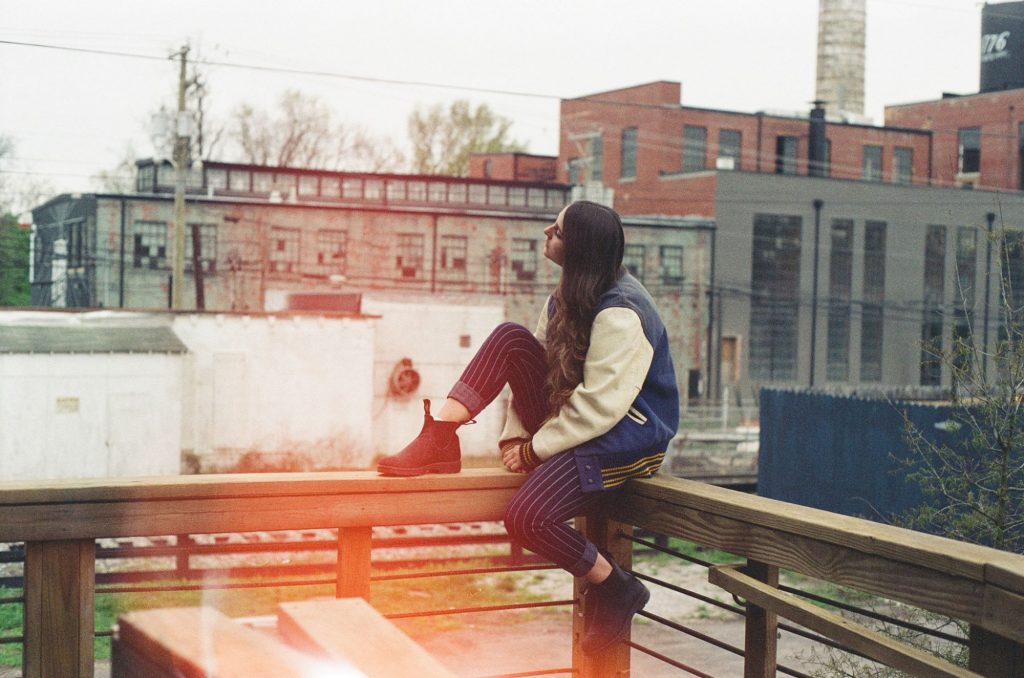 Ultimately, to arrive at one finished song Pruitt might write between 25 to 30 imperfect ones. She elaborates, “there are bones and pieces in all of those ideas that kind of yield in this one, conclusive, piece that I’m like okay, that’s what I was trying to say with those 30 other ideas that didn’t work.That’s kind of how it happens for me, at least. I have to always be processing the world around me, and then eventually I can actually say something that makes sense.”

Working with Trusted Friends to Find Her Voice

One of the standout features of Expectations is Pruitt’s confident and assured voice. It is a master feat to pull off on any record let alone a debut album. Pruit did so by choosing to have a long time friend, Michael Robinson, produce the album instead of letting more experienced candidates suggested by her label take the reins. She noted, “The way [Mike] captured my vocal performance was something special. I had never listened back to a demo and been like, that’s me. I hear my personality in my voice. I hear me in there. Every other producer that I had worked with that maybe had a bigger track record and more clout with labels had the reverse problem. I didn’t hear myself. I was like this is, sonically, this is good, but it’s not me.” 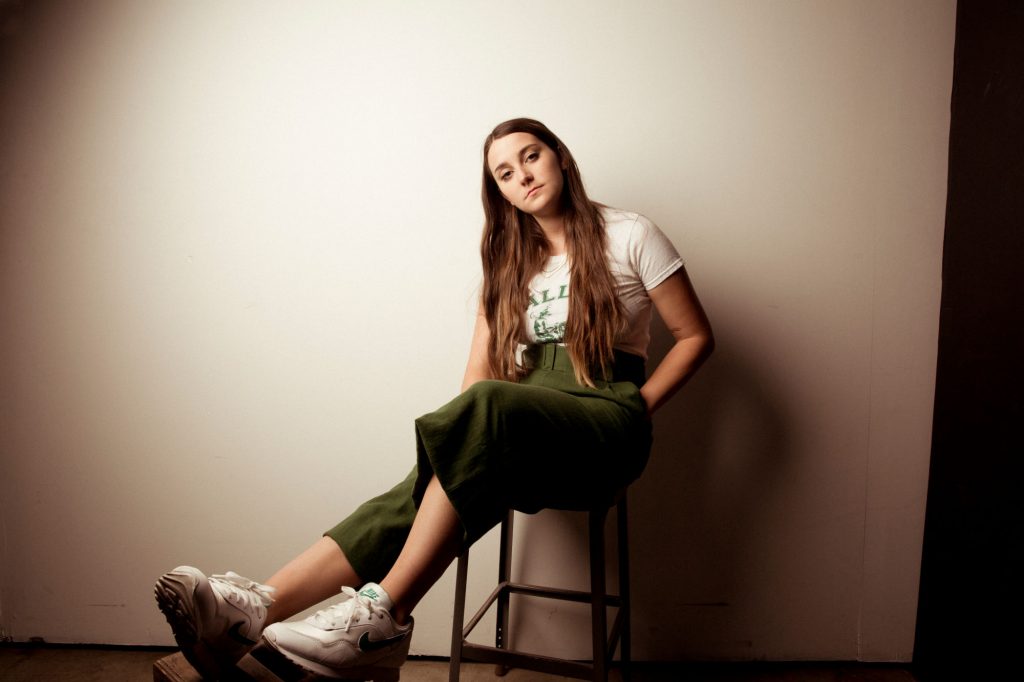 From there, working with the band she had previously toured with felt like a natural progression. “They’re all so good, and none of these producers want to give them the chance, and Mike was like, ‘Obviously we’re using your band. They’re the ones that play the songs the best. They’ve been playing these with you for two years now. They know it. They’ve already laid the groundwork, all we have to do is capture a great performance.’”

Pruitt has been compared to a range of musical heavy hitters, from Brandi Carlile to Jenny Lewis, and it’s not hard to figure out why. Her powerful vocals and singular lyrics easily call to mind the likes of Carlile and Jason Isbell, who Pruitt counts as role models. She says that she looks up to those artists not only for their talent, but also for how they’ve built and managed their careers. “Everything that they say in a song, and every time they come out with a song, it’s like they meant that. They weren’t just doing it because there’s pressure on them to put stuff out.”

“I admire that a lot because as a young songwriter, with even a little bit of success, I’m seeing all of this pressure that can really come with this career path, and it’s intense. It’s sometimes hard to deal. Looking at people like that gives me hope that I can be like that too with some time and patience and perseverance.” 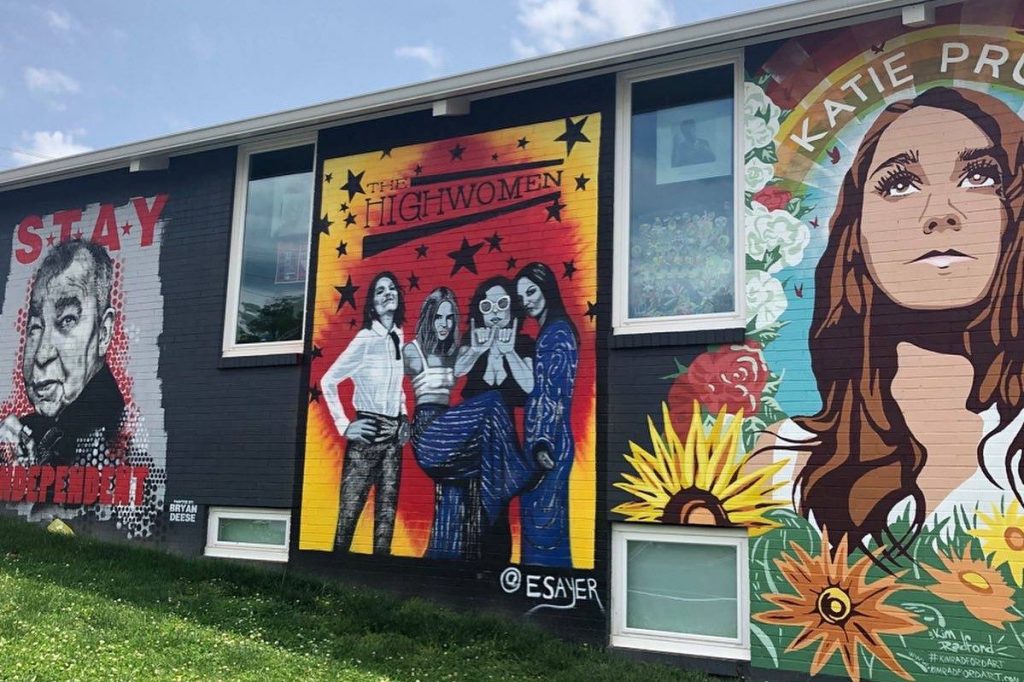 And Pruitt isn’t one to let her own success get to her head. She praised a good group of friends and her girlfriend as the keys to staying grounded. Pruitt’s girlfriend, the owner of a vegan catering company, has been a particular source of sound advice. “She gets to kind of see behind the curtains, but she doesn’t have an angle. Any advice she’s telling me is just from a, purely from a bystander, like this is my opinion of this.” In fact, it was Pruitt’s girlfriend who suggested she bring on their friend, Mike, to produce the Expectations.

Despite the fact that Pruitt had to postpone her first headlining tour in response to Covid-19, her music continues to find eager fans with Expectations currently sitting at #7 on the Americana album charts as proof. “Warmhearted,” “eloquent,” “bold,” and “thoughtful” are just a few of the words that have been used to praise the record, and after speaking with Pruitt it is clear that they are equally accurate descriptions of the artist herself. It is exactly this willingness to be both open and earnest that brings listeners to her music and what ultimately makes her a singular new voice on the country scene.

About the Author: Liz Gassman

Liz Gassman is an editorial assistant at Little, Brown currently living in New York. She spends most of her time reading, listening to music, and enjoying the city’s parks. She is perpetually working on crafting the perfect “walking around town” playlist. Connect with Liz on Twitter: @liz_gassman