Live music is back. Nashville-based rock and soul singer-songwriter Maggie Rose was the headliner at CT Folk’s ‘Folk at the Edge’ concert series on July 22nd. She was joined by East Nashville funk-rockers Them Vibes and singer-songwriter / Voice-alum Dylan Hartigan. 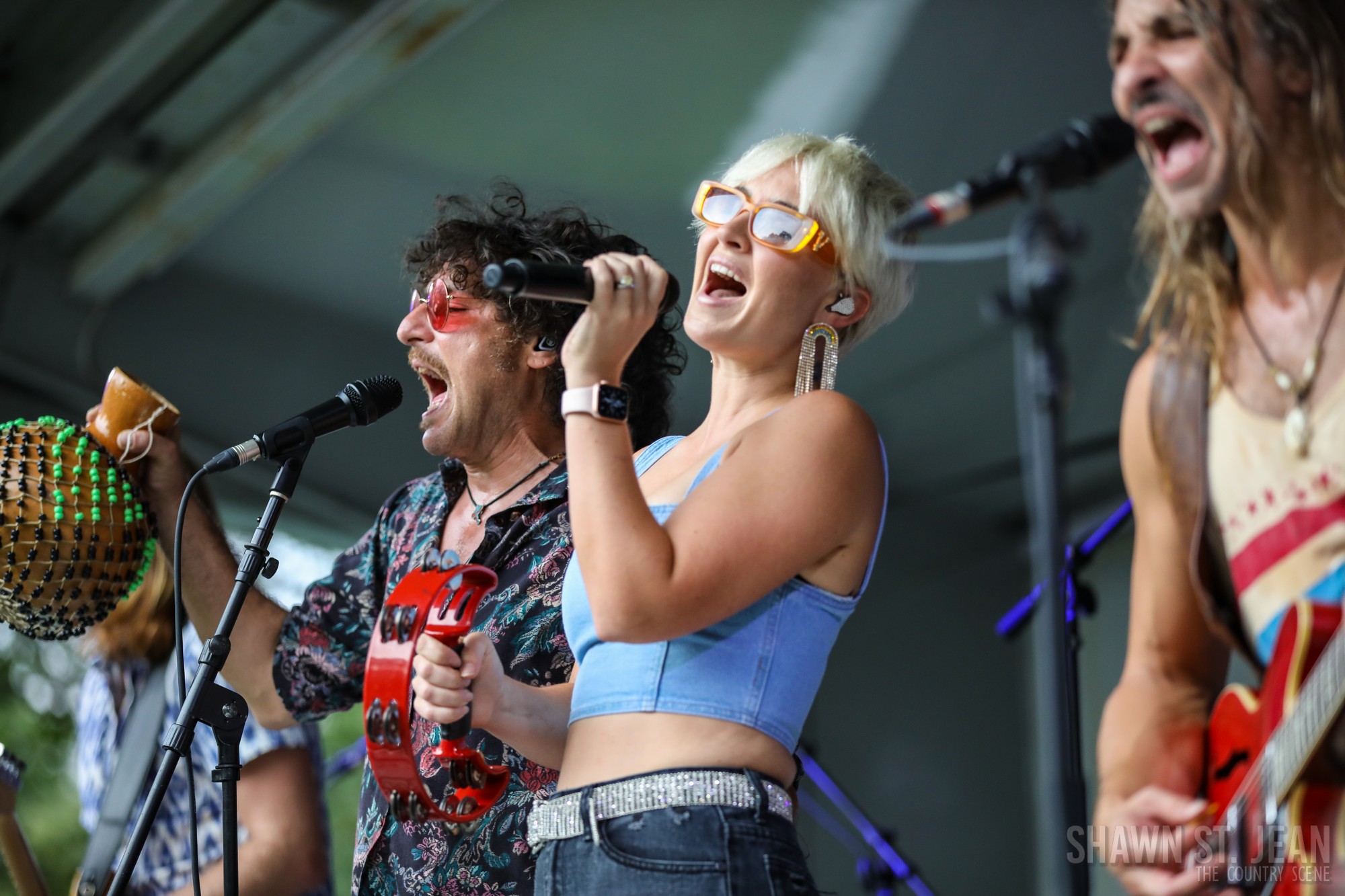 Maggie Rose with Them Vibes in New Haven CT on July 22, 2021 at CT Folk’s ‘Folk at the Edge’ concert series. Photo by Shawn St. Jean

It had been 527 days since I’d been to a concert in person. Over the past year and half it’s been lots of livestreams and Zooms. And while I’m thankful that we have the technology to enjoy music together when we need to be apart, there’s just no substitute for being at a live show. There are so many little things that I didn’t even realize I’d missed – that feeling of anticipation driving to the venue, the excitement when you first arrive, the strangers you meet who quickly become friends, the vibration you feel in your chest from being a little too close to the speakers. And no buffering! After so much time away I’m sure I would have enjoyed seeing anyone perform that night in New Haven, but I couldn’t have been happier that it was Maggie Rose. 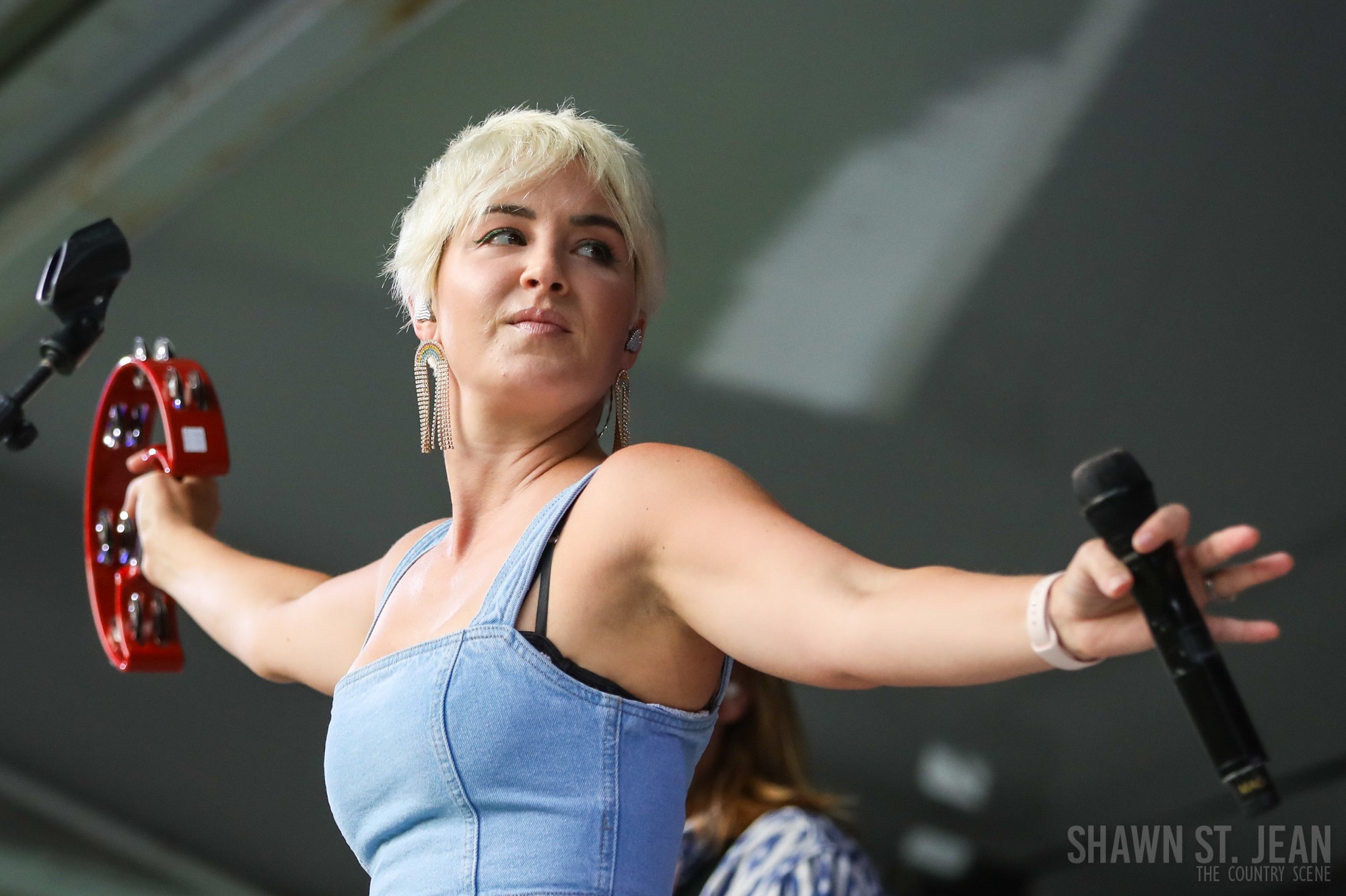 Earlier this year Maggie announced that her third studio album, titled Have A Seat, will be released on August 20th. The album was recorded at the iconic FAME Studios in Muscle Shoals and was produced by Ben Tanner (Alabama Shakes). There’s a famous sign above the entryway to FAME’s studios which reads, “Through these doors walk the finest Musicians, Songwriters, Artists, and Producers in the World.” That roster includes legends like Aretha Franklin, Jason Isbell and Alicia Keys.

In announcing the new album Rose wrote, “I took a lot of inspiration from the Aretha Franklin and Wilson Pickett records that came out of that very room, playing up my R&B sensibilities more than ever and really tapping into my soul and its connection to this music.”

“These songs were written during a contentious time, and there are undertones to the lyrics that are influenced by the state of our world politics and the politics of the music industry,” she added. 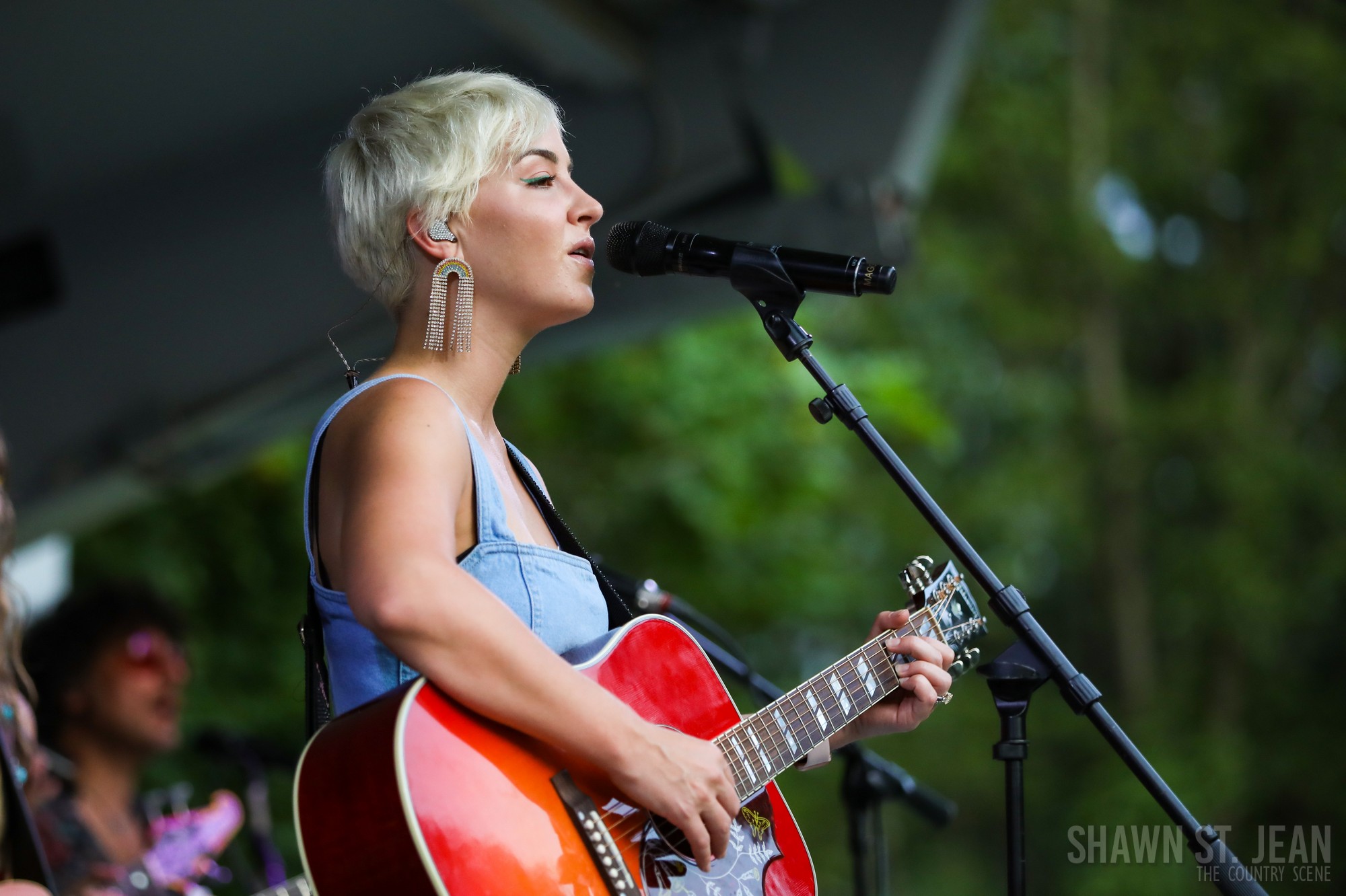 To promote the album’s release Maggie has embarked on a 60 date US headlining tour, which included a stop in New Haven for the CT Folk ‘Folk at the Edge’ concert series.

CT Folk “engages, entertains and inspires through diverse folk music, while helping to foster a socially just and environmentally sustainable community.” As Maggie was preparing to take the stage, the organization’s events director, Nicole Heriot-Mikula commented to the crowd how surreal it felt to be gathered together again.

Maggie’s 22 song set in New Haven featured ten from Have A Seat, including Saint, For Your Consideration, and this stunner – What Are We Fighting For:

Maggie and Them Vibes created an electric environment, with Rose’s soaring vocals pairing perfectly with the collection of talented musicians jamming together. And you could tell they were genuinely having fun.

The energy they created on stage fed the audience. While many had remained seated early on in her set, by the end most everyone had gathered directly in front of the stage, dancing and singing along. And it wouldn’t be a folk festival without hula-hoops. 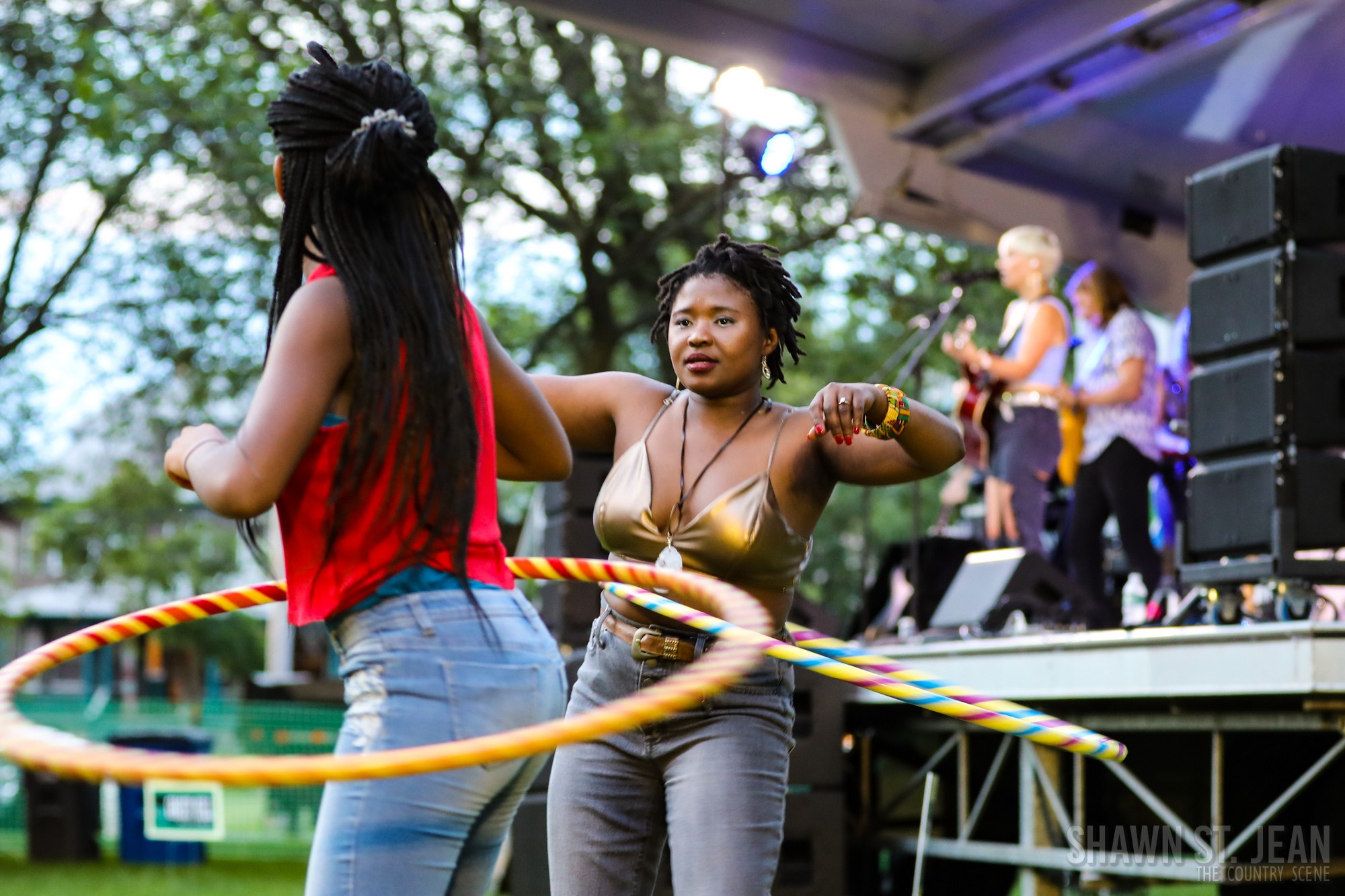 Maggie will be back for a few more shows in the Tri-State area later this year: Mercury Lounge on Tuesday October 5th, Asbury Lanes on Wednesday December 8th and Knitting Factory Brooklyn on Thursday December 9th.

Check out all of our exclusive pics from the show:

Were you at the show in New Haven or have you seen Maggie, Them Vibes or Dylan perform elsewhere? Share your thoughts in the comments section below!