Dierks Bentley’s What The Hell World Tour Stops in Hartford

Cole Swindell and Jon Pardi joined Dierks Bentley in Hartford CT on June 2nd as part of the 2017 What The Hell World Tour.

When Dierks Bentley stepped out on to the stage at the Xfinity Theatre, he was greeted by his biggest Hartford crowd to date. The sky high level of energy he brought to the show was shared by all 15,000 in attendance, from the first note of What The Hell Did I Say to the final goodbyes following Drunk On A Plane.

In a press release announcing the summer leg of the What The Hell Tour Bentley said, “There’s not a cooler feeling in the world than the love that country music fans pour out every night when you’re laying it all out on the stage. They are having the time of their lives, and we’re all just getting lost in it together.” 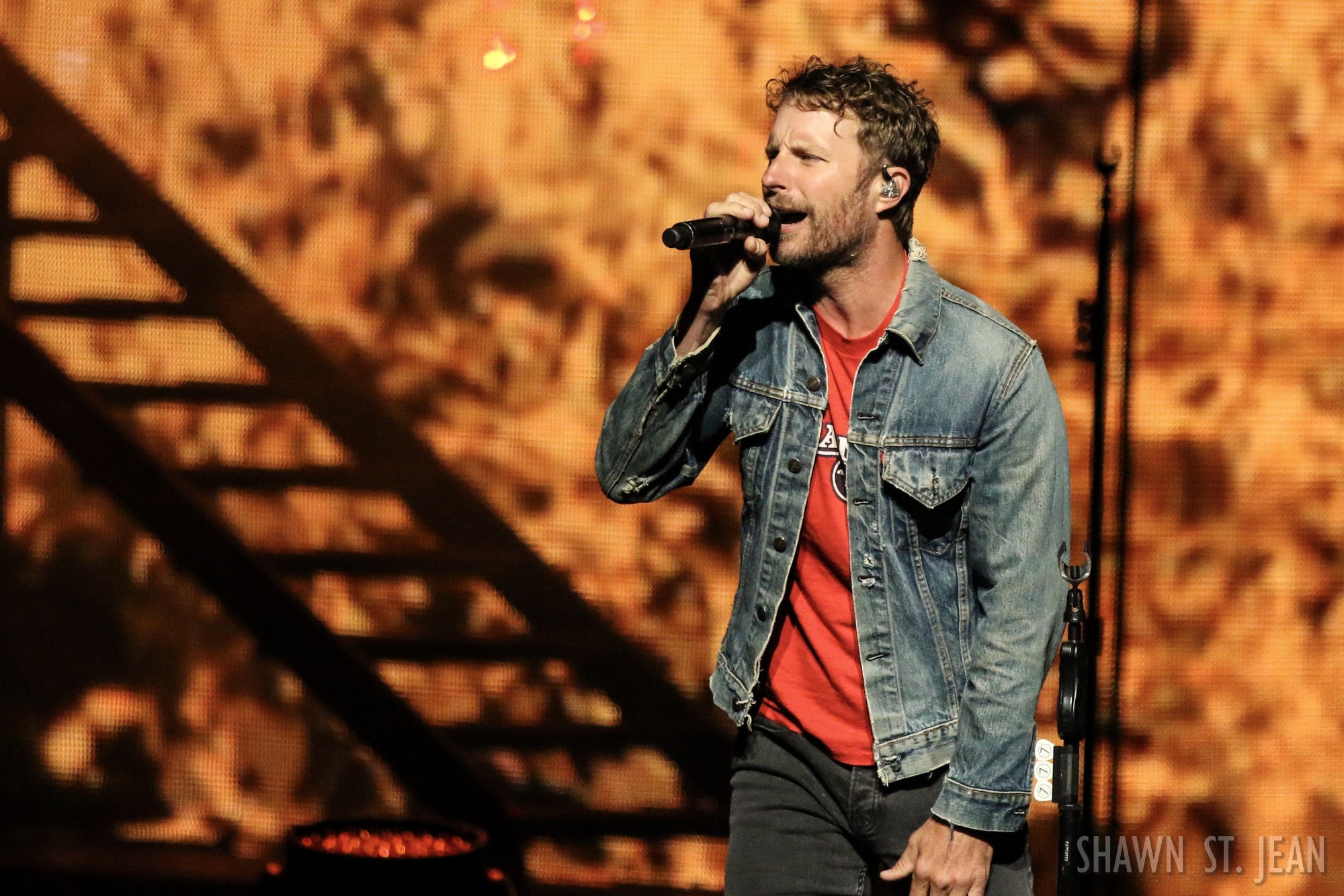 There’s no question the crowd in Hartford was having the time of their lives. Bentley has such a unique ability to connect with his fans. He’s constantly in motion when he’s on stage, always engaging with his audience, solidifying that incredible bond.

Bentley’s style of music has managed to find that perfect balance of bridging the old with the new. And with eight studio albums and sixteen number one singles, his set list is filled with one smash hit after another.

Sporting a bright red Richard Petty t-shirt, Bentley pulled a fan from the pit up on to the stage to shotgun a beer at the end of Am I The Only One. I don’t know if Dierks is undefeated, but in all the shows I’ve been to I’ve never seen him lose. The contest in Hartford wasn’t even close. 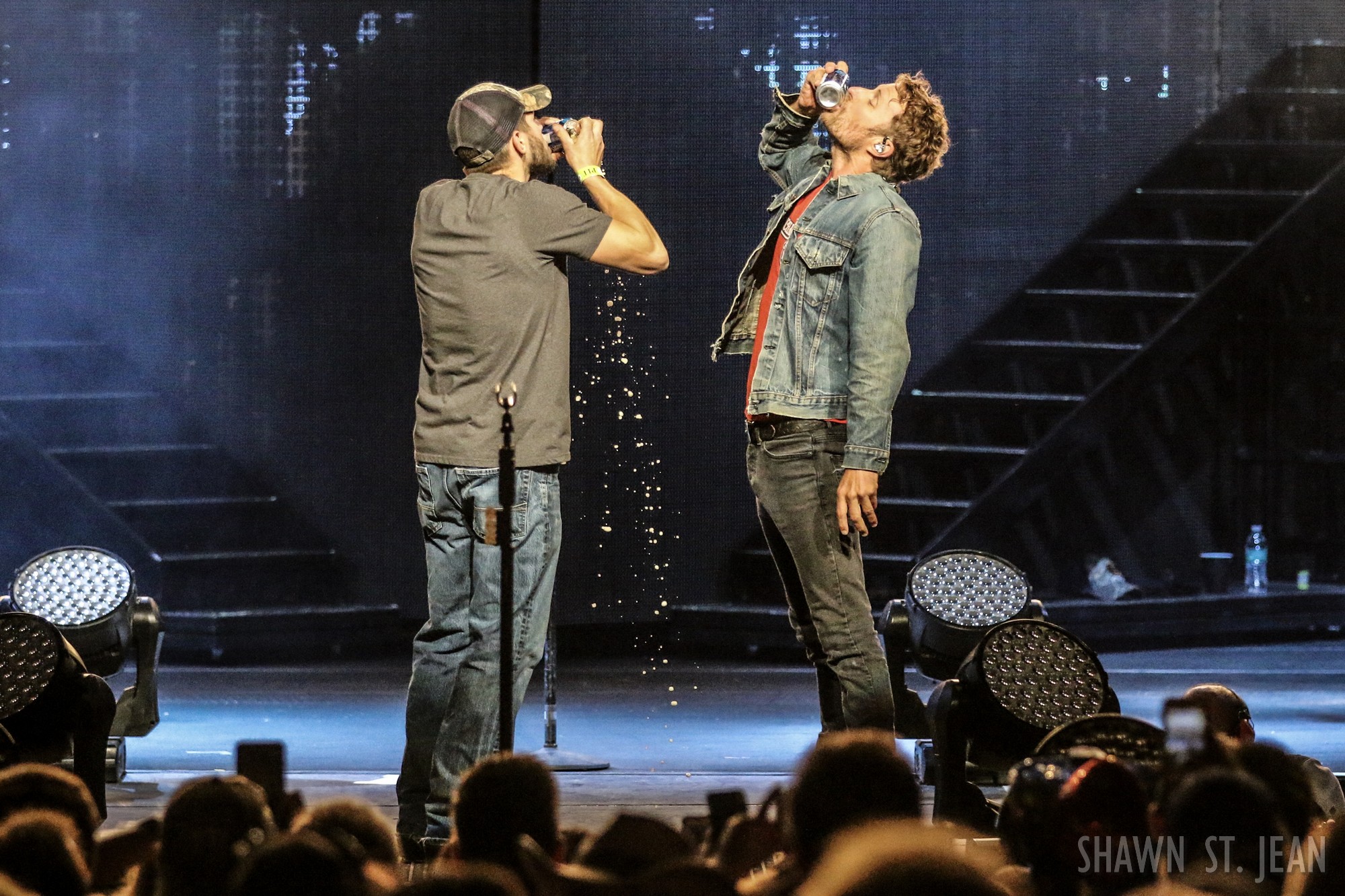 Opener Jon Pardi joined Bentley to cover a throwback track – George Strait’s Check Yes or No. At the end Bentley called Pardi “the next superstar of country music.” As Pardi turned to walk off stage Bentley said, “Those Wranglers are on tight tonight aren’t they buddy?!”

A really special video montage played during Every Mile A Memory highlighting Bentley’s family and career. The video ended with a heartbreaking tribute to Bentley’s dog Jake, who passed away last year after battling cancer. Jake had been such an important part of Bentley’s life, captured perfectly in the song Can’t Be Replaced, the final track on Black which Bentley co-wrote with Luke Laird and Hillary Lindsey:

For 15 years, right by my side, From a single man to three kids and a wife, Friends come and go, but when it comes to Jake, There’s just some things that can’t be replaced.

The song that got the biggest reaction from the audience was I Hold On. The crowd didn’t just sing every word – they sang with emotion. For those few minutes, Bentley’s experiences became their own.

After a quick run through the crowd, Bentley emerged on a small stage set up near the back of the theater where he performed Riser and Home. He told everyone how he used to play stages smaller than this, and was getting paid in Natty Lights back then. He brings that little stage out as a reminder of how he got started. 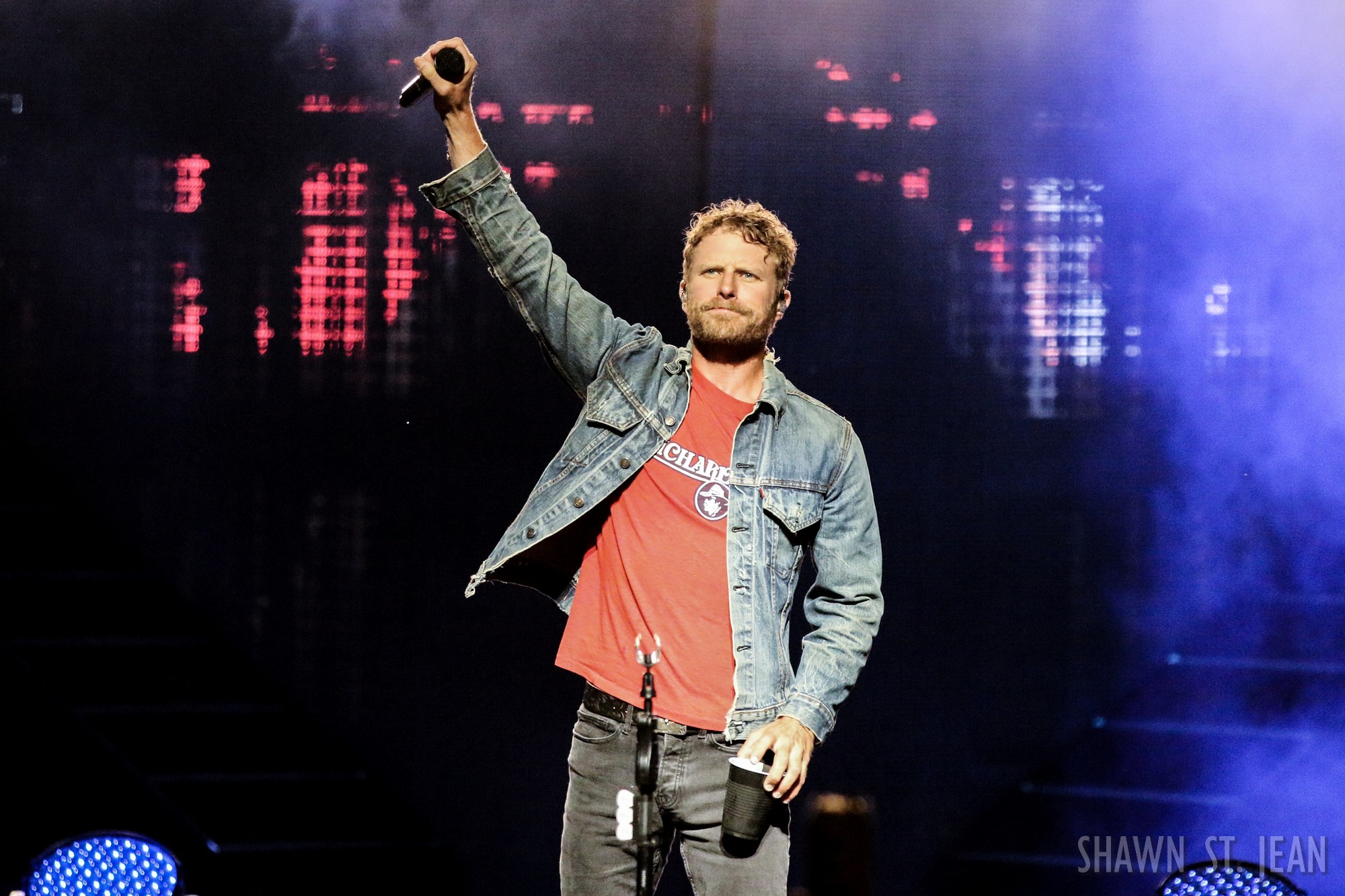 Back on the main stage, Cole Swindell came out to perform his latest single, Flatliner, which features Bentley. Dierks threw on one of Swindell’s baseball caps for the song.

The show ended with Drunk On A Plane, with his signature Dude Air jet crashing through the front of the stage as Captain Bentley emerged, glasses askew and fly down. This song had everyone jumping around, singing along, and having a great time. It was the perfect way to end the night, with Pardi and Swindell re-joining Bentley for this final song.

Afterwards I caught up with Andrew Carson from MA to get his thoughts on the show. “His stage presence is unmatched,” said Andrew. Having seen Bentley’s last two headlining tours in Hartford, Andrew was lucky enough to score a meet and greet with Bentley this time. “It was a great experience – Dierks and his crew were so nice and personable,” he said. “We talked about the new album and how it’s my favorite thus far, and how much I love the newer edgier sound.”

The What The Hell World Tour returns to the Tri State area with a stop at Jones Beach on June 23rd. For all of the latest news and updates on Dierks head over to dierks.com and his social media accounts: Facebook  |  Twitter  |  Instagram  |  Youtube

Were you at the show in Hartford or have you seen Dierks perform live elsewhere? Let us know what you thought of his performance in the comments section below! 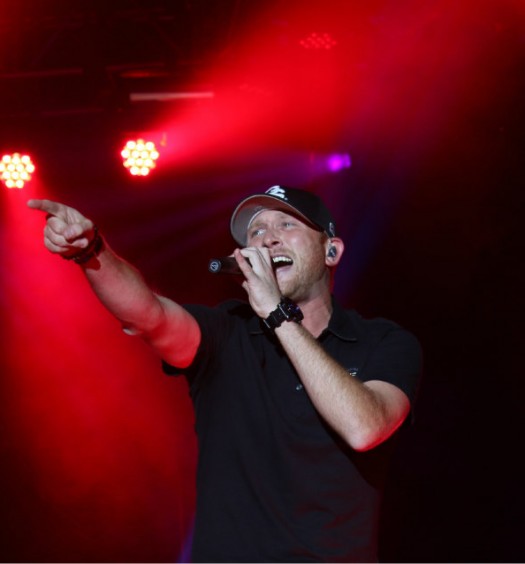 Cole Swindell Chillin’ It in Rhinebeck 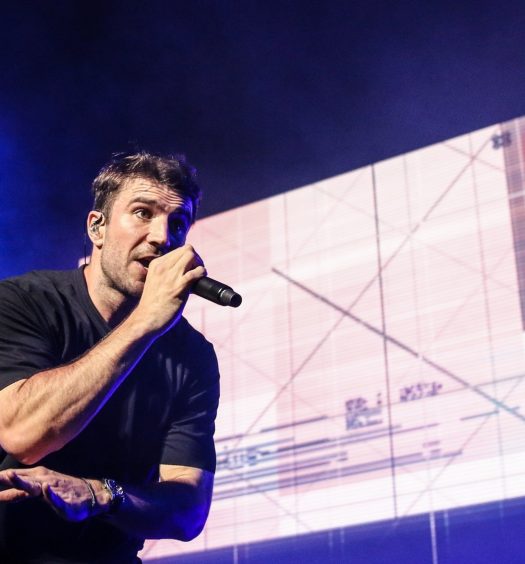