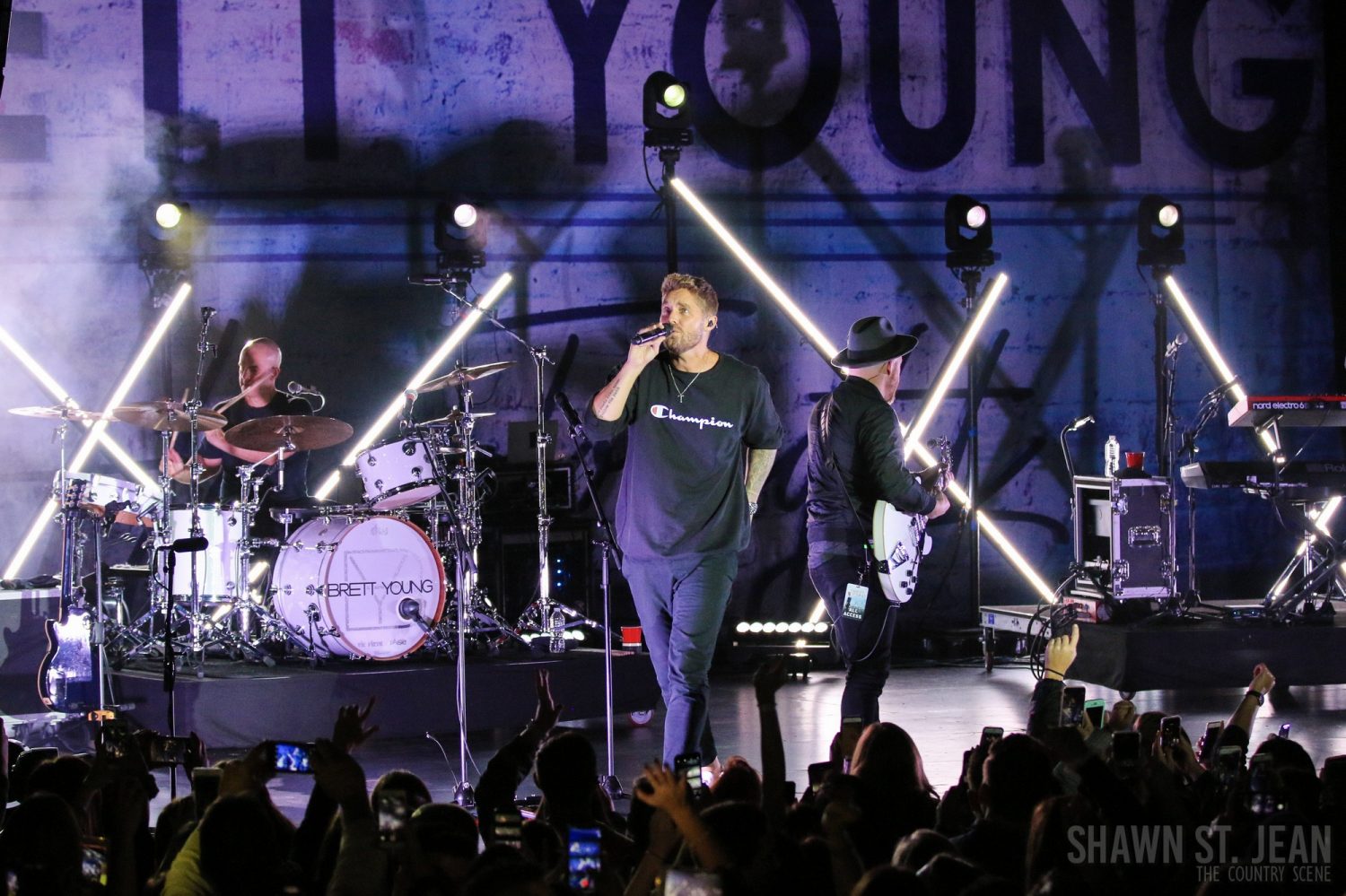 In a press release announcing the tour Young said, “We teamed up with CMT to name it after a new song I’ve been working on. It’s all about losing track of time because you’re so wrapped up in the moment. That’s what I want it to be all about out with the fans each night, and Rachel and Tyler are going to be a great way to get it started.” Young co-wrote Here Tonight with Ben Caver, Justin Ebach and Lady Antebellum’s Charles Kelley – it’s one of the ten songs that Young co-wrote on Ticket To L.A.’s  thirteen tracks. 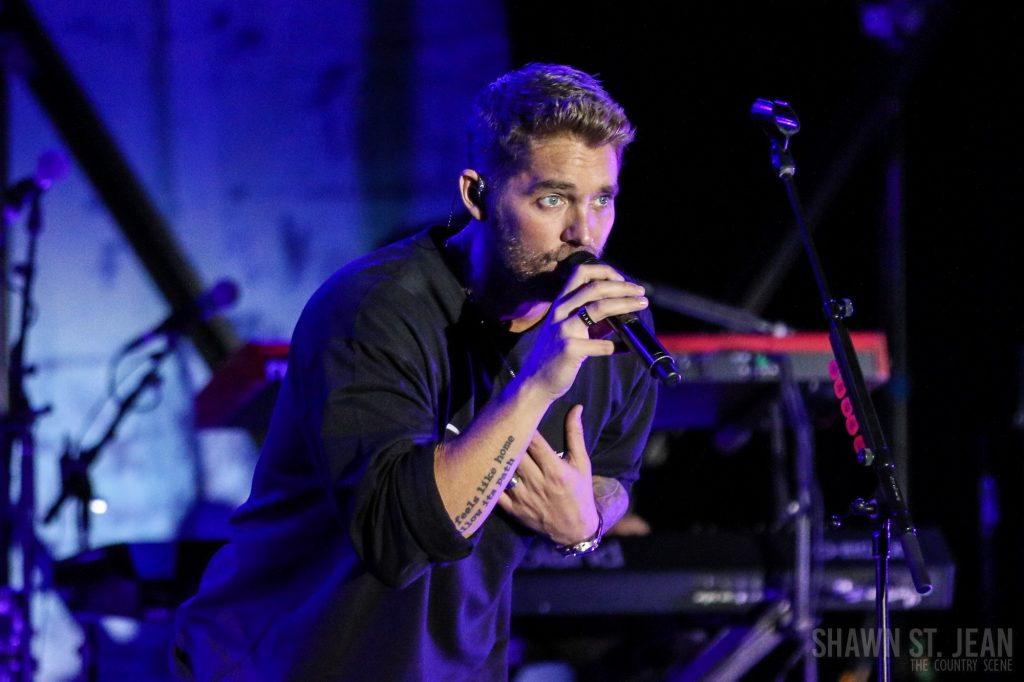 “The new record is called Ticket To L.A., it came out on Friday,” Young said to the cheering crowd. “There were a lot of things that went into writing the songs, but one of them was New York City. My cousin was one of my best friends growing up. We’re the same age; he grew up in Boston, I grew up in California. Every August they would come out – you know those relationships, those bonds, where you see each other for three weeks every year but you’re best friends? That was my cousin. We both went to school – he went to Stanford, I went to 97 schools, didn’t graduate from any of them. And then he moved here to New York City; he lived in Gramercy. Every year I would save up enough money to come visit Kyle here in the city. One year I was starting to do this [pointing at the stage] – we just played a Gavin DeGraw song, you know I have a Gavin DeGraw co-write and feature on my new record.”

A lot of things that went into writing the songs, but one of them was New York City.

Young continued, “At the time I had just gotten to know Gavin, I was playing bars and restaurants in Southern California. I came to New York to visit my cousin and I said, ‘dude, I just want to play a show, I don’t care if anybody goes – I just want to say I played New York City.’ He hooked me up with the people at a place that I don’t think is there anymore – it was right behind this bar on Houston, it was called The Living Room. I played it, and there shouldn’t have been forty people in there – the room could do two hundred. I had zero fans in New York City at the time. But we worked it out so that people came, had something to drink, had something to eat, and I got to play music. So fast forward twelve years, and I’m getting ready to put out my second record. And I’ve got a song on the record called Ticket To L.A., and the story’s about a girl flying from JFK to Los Angeles. It put me right back in that little acoustic gig in The Living Room.” 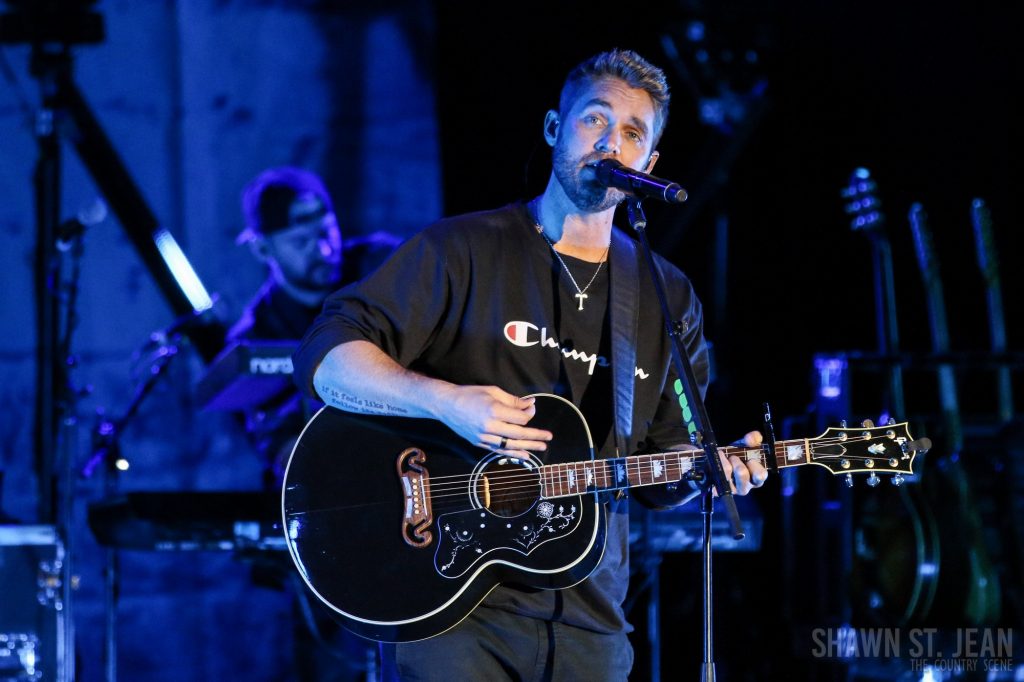 Young’s set included a mix of songs from his two albums, as well as a few fun covers. The BMLG Records recording artist kicked off with the very appropriate Here Tonight. Crowd favorites included Sleep Without You and Mercy. Nearly everyone’s phone went up when Young sat down on a stool center stage and sang his 3x platinum number one single In Case You Didn’t Know.

Were you at the show at PlayStation Theater or have you seen any of these artists perform live elsewhere? Let us know what you thought of the performance in the comments section below! 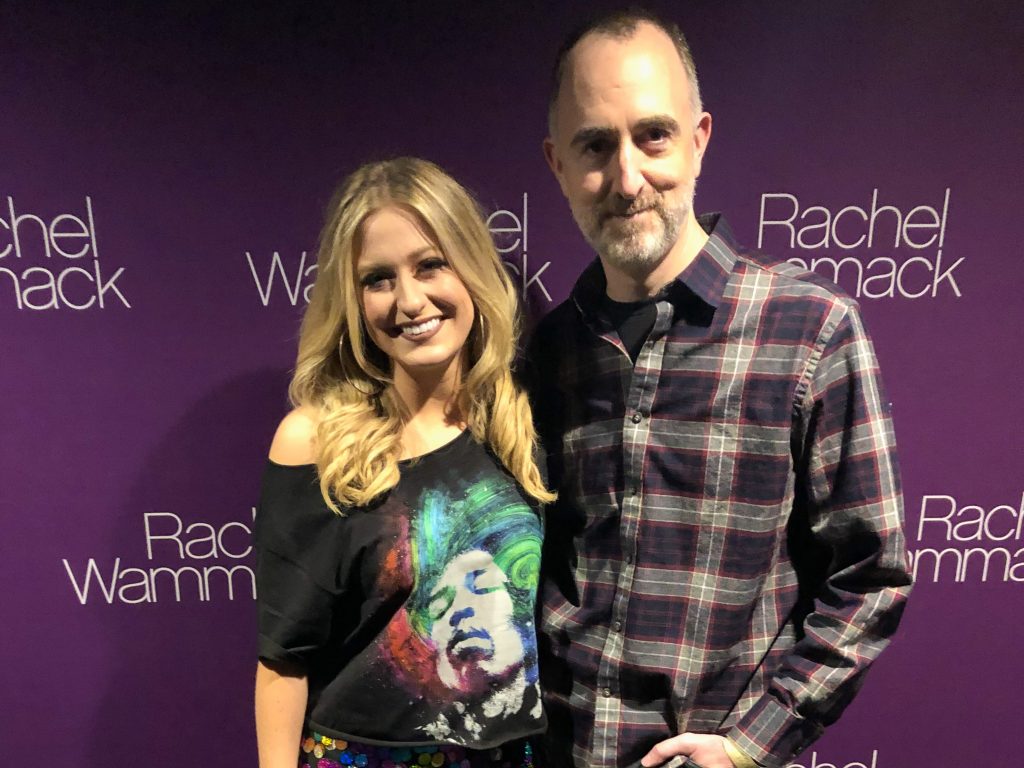 Rachel Wammack with The Country Scene’s Shawn St. Jean in NYC on December 9, 2018. 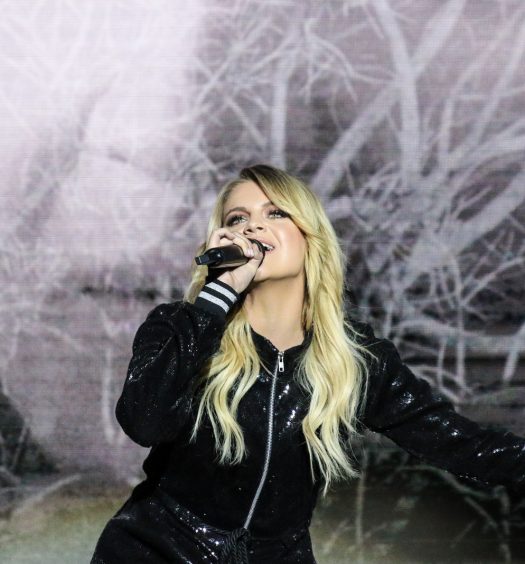 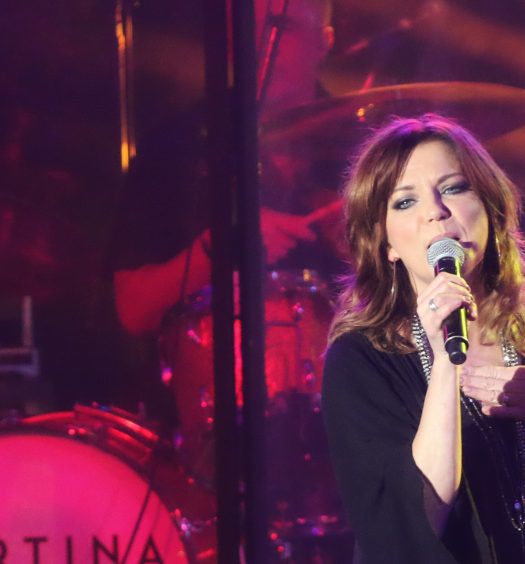