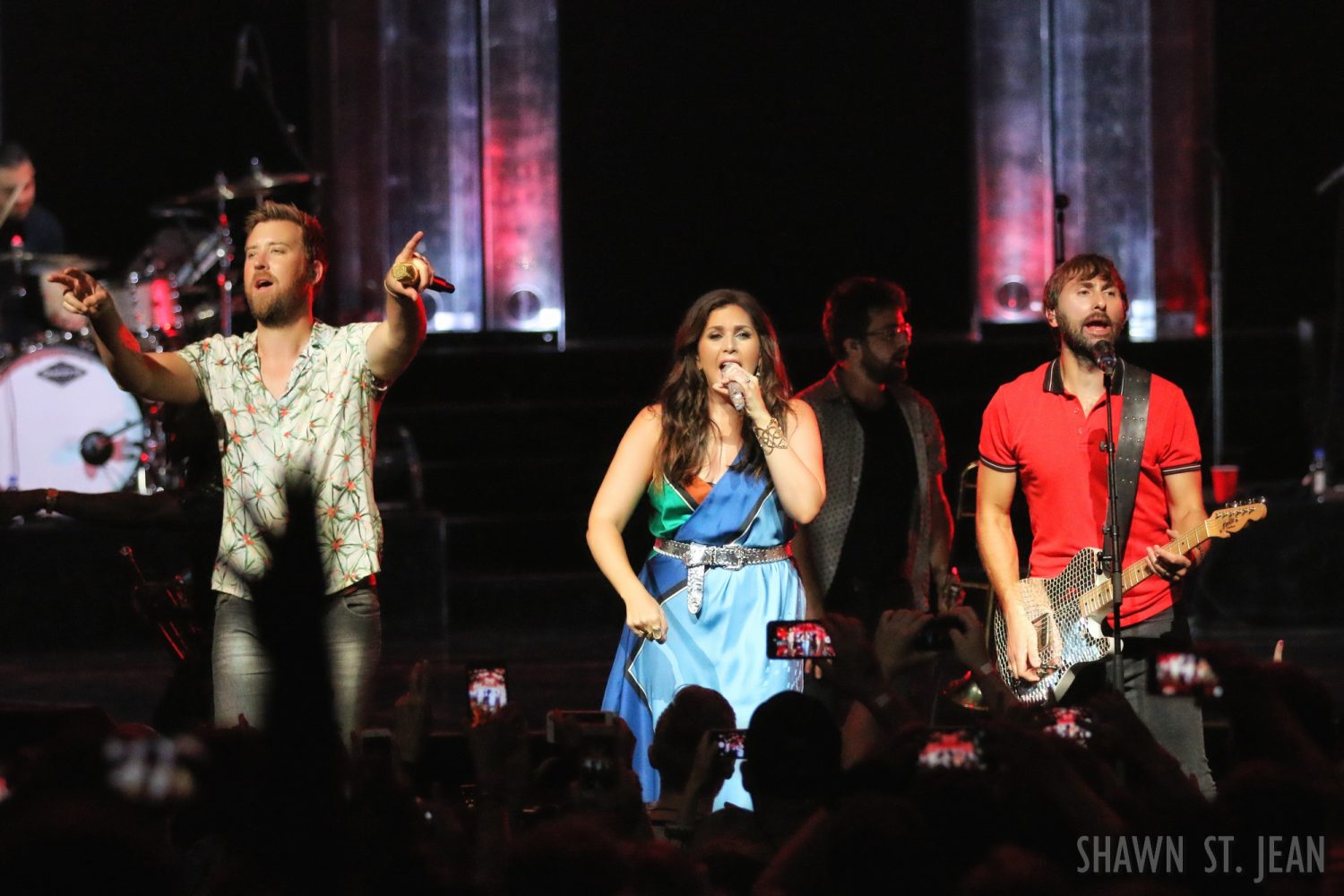 Lady Antebellum is back and better than ever. The seven-time Grammy award winning trio brought their You Look Good World Tour to Hartford’s Xfinity Theatre on July 22nd. The tour, which is named after the band’s lead single off their latest album, Heart Break, is making 65 stops across six countries, including South Africa for the first time.

Heart Break is the seventh release from Hillary Scott, Charles Kelley and Dave Haywood, and their first since 2014’s 747. Over the past couple of years they each embarked on solo projects: Kelley released the Grammy-nominated album The Driver, while Scott and her family won two Grammys for their faith-based album Love Remains.

Lady A’s strength comes from their incredible harmonies and chemistry as a trio. With Scott and Kelley trading lead vocals and Haywood making magic on guitar, the result is truly unmatched in country music today. 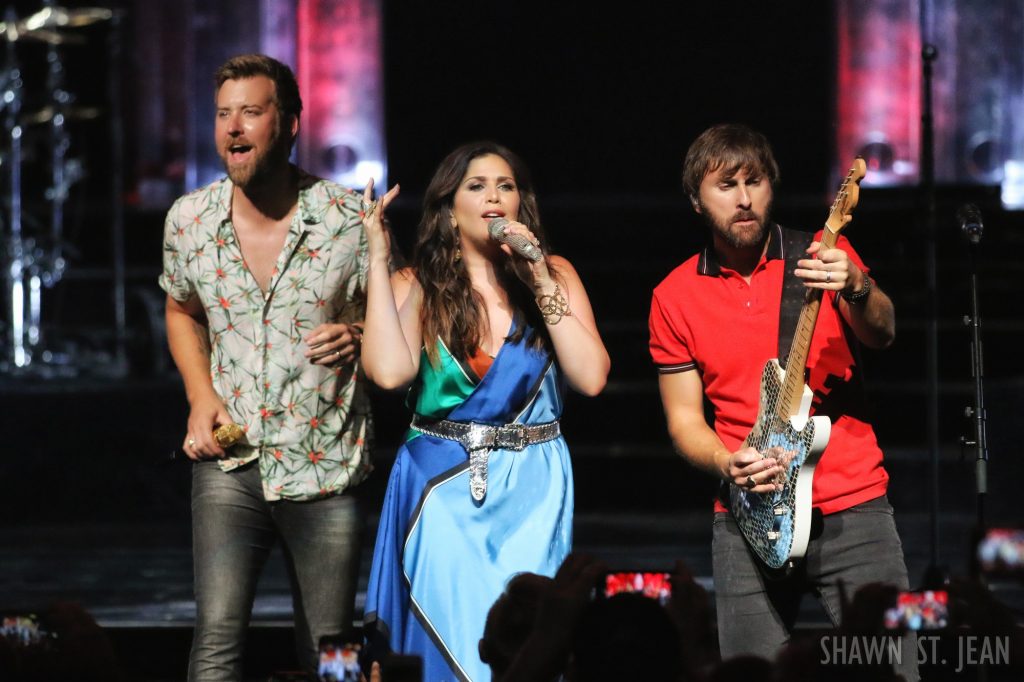 It was a hot and humid Saturday night in Hartford. “We’re all here just sweatin’ together,” said Kelley. Over the course of their 90 minute set the trio performed a mix of songs from their latest album as well as some of their biggest hits from the past ten years.

They kicked things off with a thrilling trumpet-versus-trombone duel from the newest additions to their touring band (on loan from Justin Timberlake!). As Scott, Kelley and Haywood took the stage the band started into their 2013 number one hit single Downtown. This was followed by Our Kind of Love and This City, with the latter featuring a giant ‘Welcome to Hartford’ neon sign displayed on the video screen.

A really special moment for Scott came at the end of their performance of American Honey. Scott told the audience that is was her daughter Eisele Kaye’s birthday that day, and said while it was late she was probably still awake on the tour bus outside. Scott then asked the crowd if they would sing the chorus one more time for her baby girl. And with that, everyone from the lawn to the pit joined in. From the smile on Scott’s face you could tell she was one happy momma. 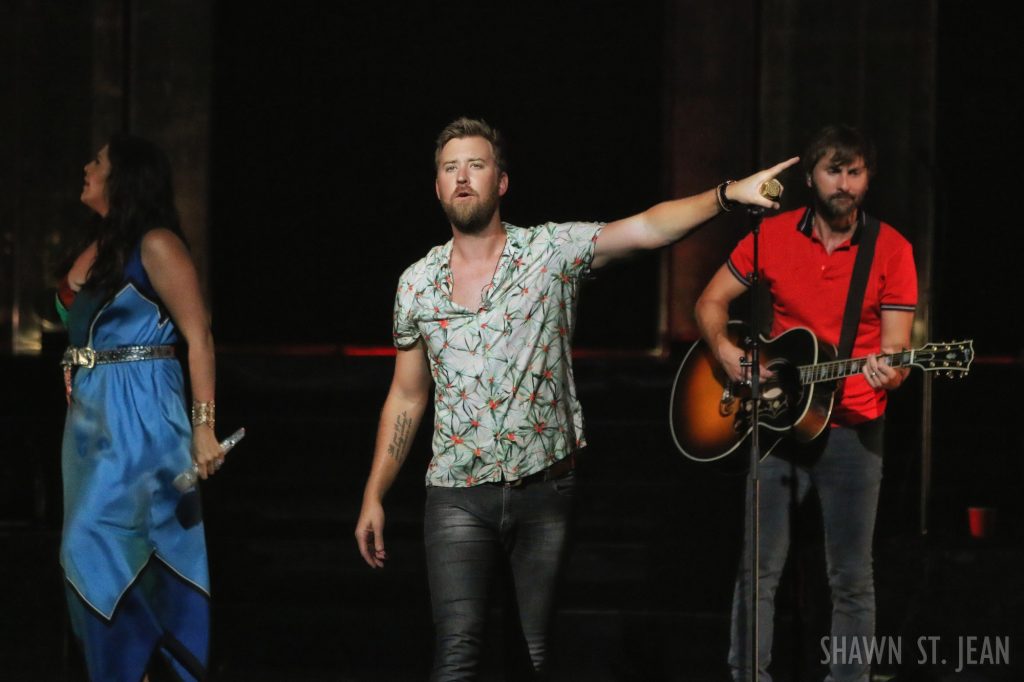 Midway through their set the trio gave a moving performance of Thy Will from Scott’s Love Remains album. Following that Scott told the audience that this was a special year for Lady A as it marked ten years together as a band. In commemorating that milestone they performed a cover of Shania Twain’s You’re Still The One.

One of the biggest highlights of the night came when they performed You Look Good. With the horns on full display the energy on stage and in the audience was incredible.

Openers Brett Young and Kelsea Ballerini each came back out to perform with Lady A. Young and Kelley covered Tim McGraw’s Something Like That followed by Ballerini and Scott combining for a sparkly and energized cover of Beyonce’s Crazy In Love. The trio wrapped up their main set with Love Don’t Live Here, featuring Kelley soulfully belting out the chorus.

Starting into their encore, a single spotlight was on Kelley as he led off with Phil Collins’ In the Air Tonight, followed by the full band getting everyone on the feet with their 2014 number one hit single Bartender. They closed out the show with their Grammy award winning single, Need You Now.

Were you at the show in Hartford or have you seen Lady A perform live elsewhere? Let us know what you thought of the performance in the comments section below! If you missed this show, the You Look Good World Tour is back in the tri-state area on August 11th at PNC Bank Arts Center. 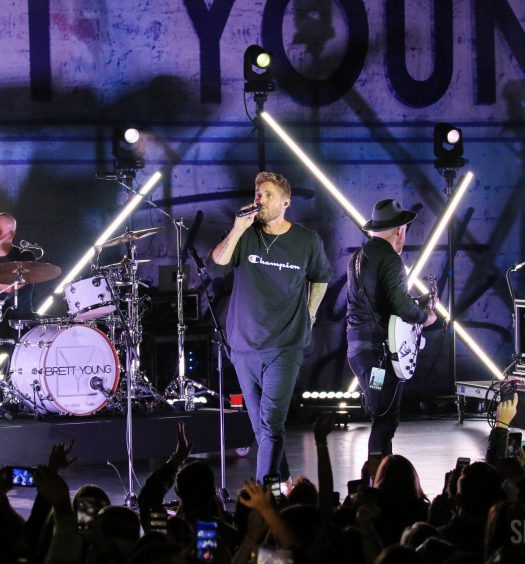