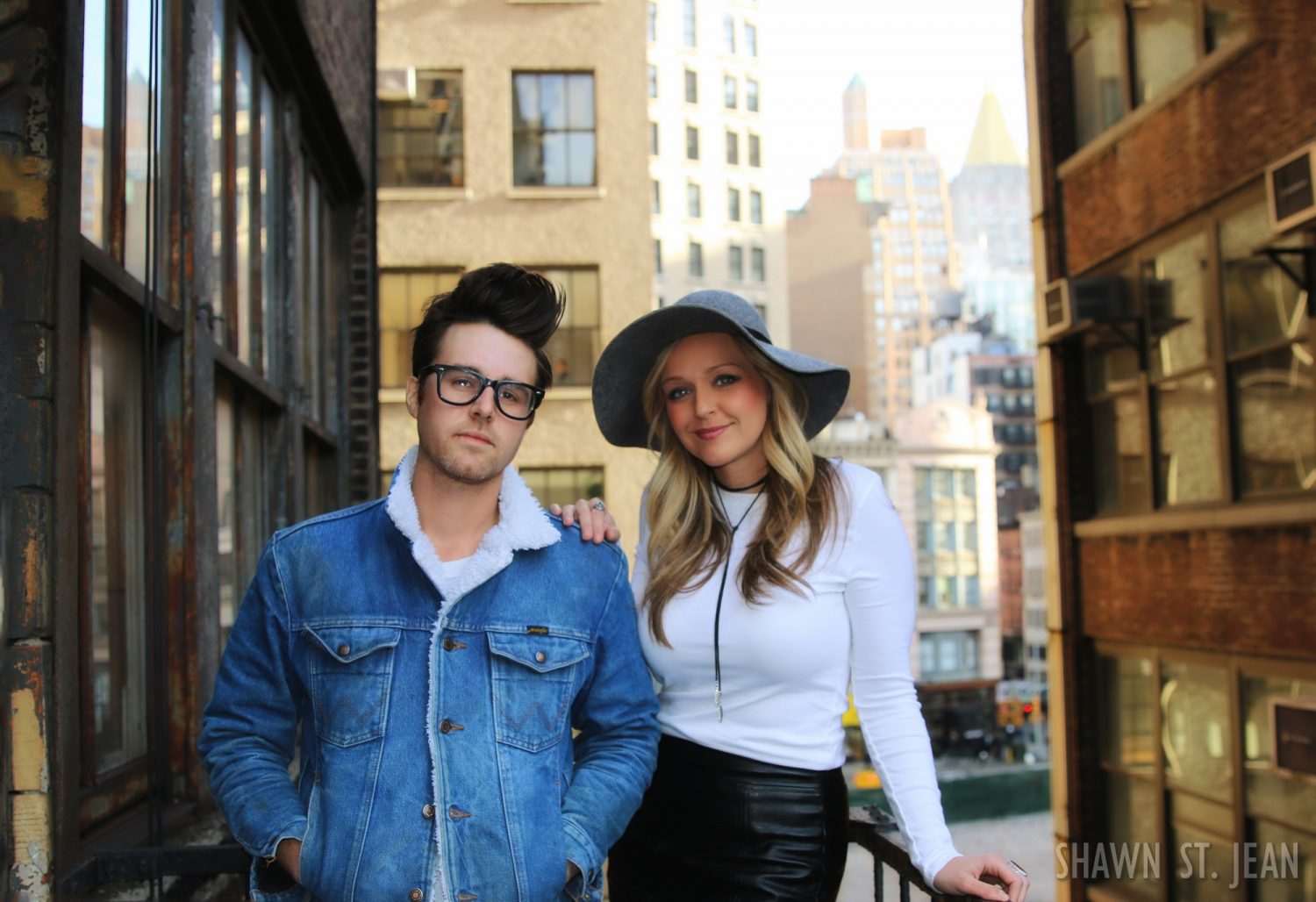 A Day In The City With Towne

During their recent trip to NYC we had the chance to sit down with Steevie Steeves and Jon Decious of the country music duo Towne to chat about how they met, their debut EP, and the many meanings behind their latest video.

Spending time with Steevie Steeves and Jon Decious, you immediately notice the chemistry between these two, as if two perfect halves to a whole. The story of how they met is so unique, you have to wonder if it was fate intervening to bring them together. Their skills seem perfectly tuned to complement the other: Jon’s ability to make magic with a guitar, Steevie’s powerhouse vocals, and a shared talent for amazing songwriting.

Steevie grew up in the small town of Blairsville, Pennsylvania – population 3,400. By kindergarten she knew she could sing, and by the age of ten she was already writing songs. Steevie was driven by her passion for music and began exploring it from many different angles. Musical theater, opera, classic rock cover bands, and even performing jazz / R&B on a river boat in Pittsburgh. She found inspiration listening to strong female singer / songwriters like Jewel and Alanis Morissette, and realized this could be a real career. In her early twenties it was clear to Steevie that she had reached her limit in Pittsburgh, but knew she still had a lot to learn to become a better artist . Having taken a few trips to Nashville and absolutely falling in love with the city, she bid farewell to Pennsylvania. “I wanted to push my limits and surround myself with the best of the best,” said Steevie.

For several years Steevie struggled to make a living while pursuing her dream. She worked as a waitress at a diner off of 8th Avenue, making just enough money to keep the lights on. “Putting that apron on, you’re so thankful to have a job, but at the same time, for the next ten hours I couldn’t do anything besides serve food,” said Steevie. “I couldn’t do what I loved to do.” 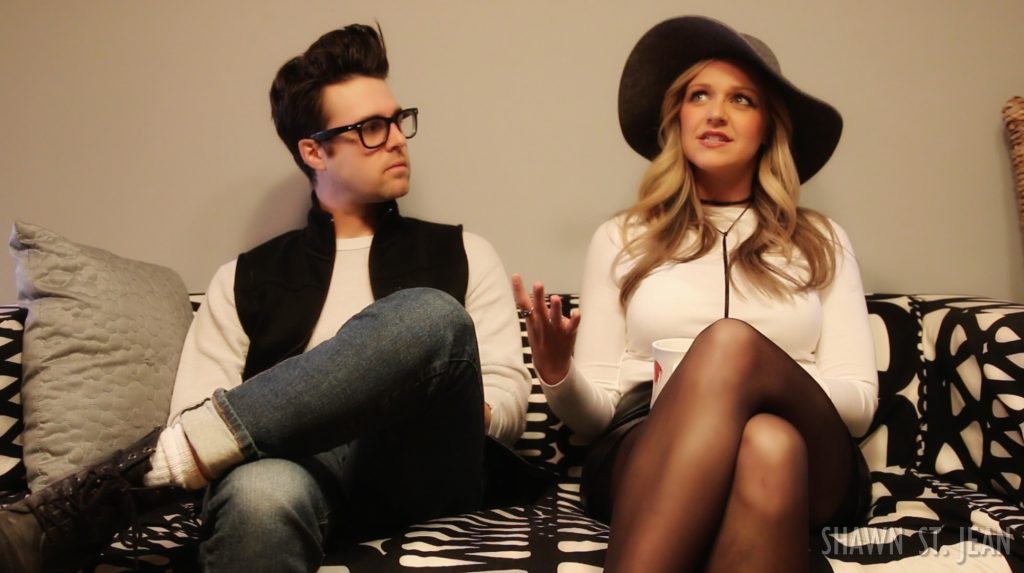 Originally from Monticello, Kentucky where he grew up on a pig farm, Jon and his family moved just outside Nashville when he was in the eighth grade. Jon found himself in an environment where practically everyone had home studios, and the idea of getting a record deal or having a career in the music business all seemed perfectly attainable. And it wasn’t just his classmates. Jon had an algebra teacher with a Garth Brooks cut, Martina McBride recorded a song written by one of his english teachers, and his home ec teacher was Steve Earle’s sister.

Rather than following the traditional Nashville route into country music, Jon forged a different path. “You want to do it all, but the first thing you want to do is run as far as you can from where you’re from,” he said.  In 2003 Jon, along with two buddies from Nashville, formed the punk rock band The Pink Spiders. After releasing their debut album on an independent label, the band signed with Geffen Records, with their major label debut produced by Ric Ocasesek. After several years together, the trio decided to pursue other musical projects.

In 2010, Steevie and Jon met while attending Skip Ewing’s songwriting seminar in Wyoming. After travelling 1,600 miles, the pair discovered they were neighbors back in Nashville. They formed an instant bond. 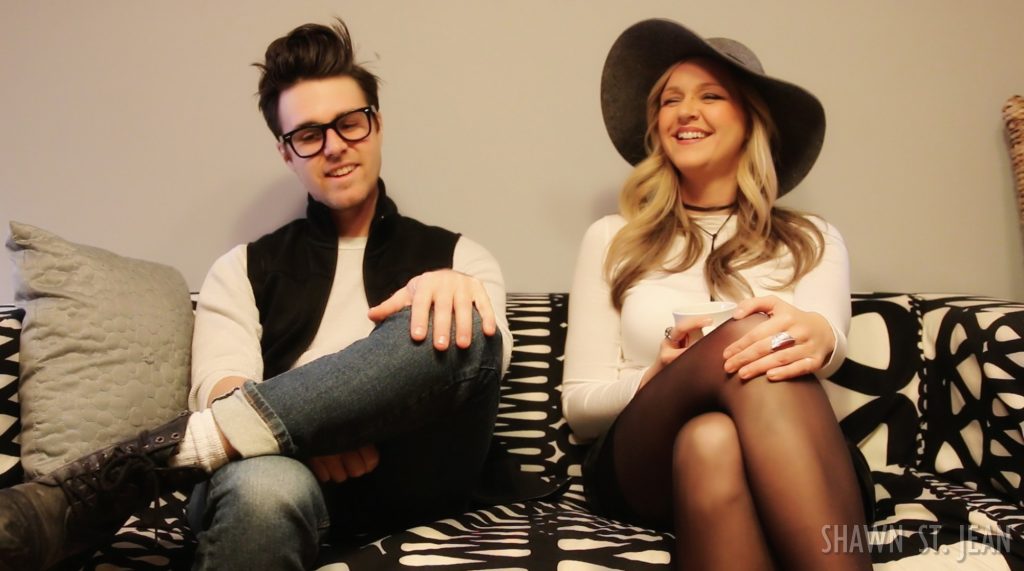 When they returned home Jon and Steevie began writing and performing together every chance they got. Their chemistry was undeniable, which led not only to a strong working relationship, but also a personal one. Eventually though, they realized they needed to make a choice: music or dating. “A romantic relationship needs a lot of attention to survive,” explained Steevie. “He’s a workaholic and so am I, so right off the bat our relationship was failing.”

Jon added, “Steevie didn’t move 600 miles from home to get married. ‘Cause you don’t have to do that. She could have stayed in Blairsville PA and had a family and a house. If you’re gonna come here and sacrifice that much, don’t fuck it up now. That would have been lazy. That would have brought up stuff down the road.”

“From the moment I met Jon I had so much respect for him – so much love for him,” said Steevie. “When you’re with somebody and you go somewhere, and you’re like oh shit, did I just ruin possibly one of the best friendships ever? Thankfully we were able to salvage that. That’s just been the most important thing. That conversation, it took time. It’s not easy. But it’s worth it. It’s worth every minute of everything we do.”

And like all great songwriters, they channeled their emotions and wrote about the experience. Runnin’ Into You is the first track on the duo’s debut EP, Games We Play, which was released in February 2016. The song explores the emotion behind constantly running into your ex wherever you go.

While they ended their romantic relationship, their underlying love and respect for each other has remained strong, and that translates to incredible chemistry both on and off stage. Steevie explains, “When we’re hashing out songs, or trying to figure out the best way to say the way that we feel, the relationship that we have really helps, because I can totally be myself, and whatever I can relate to, chance are he relates too. We draw from each other honestly and that’s really important.”

The duo have been generating a lot of buzz around their recently released video for The One I Love. Directed by Justin Clough (Brothers Osborne, 21 Summer), the video already has over 120,000 views on Youtube in less than a month. The song itself is incredibly emotional. A heartbreaking story of regret, of being in the wrong relationship and longing to be with the one you truly love.

The One I Love traces its roots back to a napkin that Steevie kept in her wallet. “Through two different relationships, there was a napkin that I kept from one of my boyfriends that I dated back in Pennsylvania,” she explains. “There was a poem he wrote on the napkin, and it meant a lot to me. I kept it, and even when I switched wallets, I stuck it back in the next one. I’d been in really bad relationships after him, and I always kind of went back to that. I definitely loved him way more, and he loved me way more than what I’m in right now, and I just wanted to hold on to that sentiment, ‘cause it meant a lot to me.” 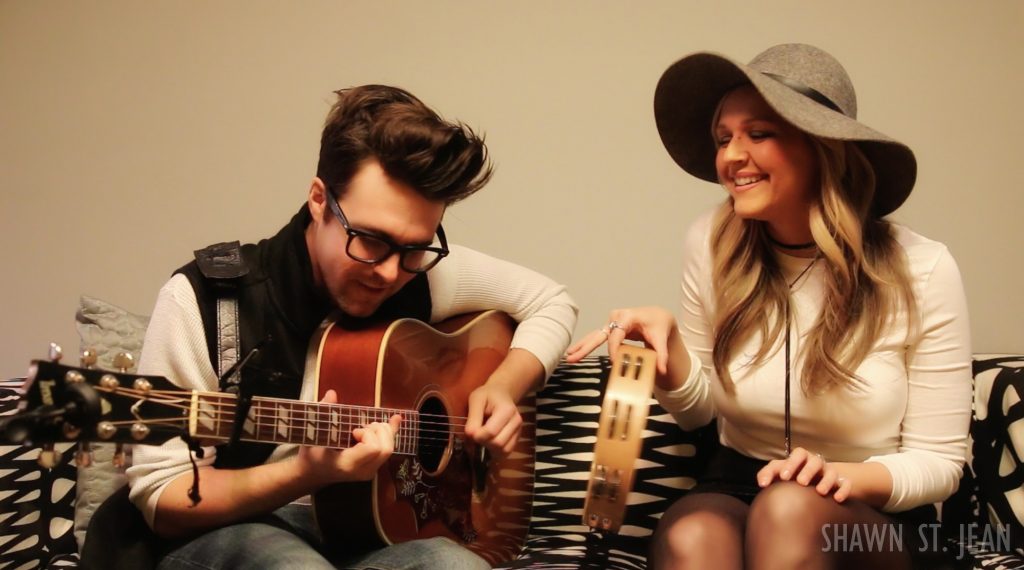 Jon and Steevie soon realized that this song could mean lots of different things to different people. For instance, Jon was reading an article about Mavis Staples where she talked about her relationship with Bob Dylan back in the day, but at that time it just wasn’t right and they didn’t pursue it further.

More relatable experiences started to come up. One of their friends who’s gay heard it and proclaimed that was her song. She talked about how awful her high school years were – how much dating sucked, how prom sucked. She could never just be who she was; she didn’t feel accepted, and was always with somebody that she could never see herself with in the future.

“We’d never really written a song that had had such different perspectives put on it that had nothing to do with how it was written or what we were talkin’ about when we were writing it,” said Jon. “You talk to ten different people, you get nine or ten versions of what the song’s about. That’s a pretty special feeling.”

And then Justin Clough came up with an idea for the video that found a whole new meaning. “When he sent us the treatment, it gave us chills, we were like yes, this is it, this is what it needs to be,” said Steevie. We won’t spoil it for you – see for yourself here:

Jon and Steevie are looking forward to a busy 2017, putting lots of miles on their new (though still unnamed) van. They’re getting ready to make their way down to Florida later this month where they’ll be performing at the 30A Songwriters Festival alongside John Prine and Cheap Trick (one of Jon’s favorites). They also have a new EP in the works, and will be heading back into the studio in February. Sounds like a pretty great start to the year.

It’s so amazing when two paths intersect and, in coming together, create something truly incredible. Maybe it was fate, maybe just pure dumb luck. Whatever the reason, we’re sure thankful that Steevie and Jon found each other.

Check out their acoustic performance of The One I Love for us in NYC:

For all of the latest news and updates on Towne, head over to townemusic.com. 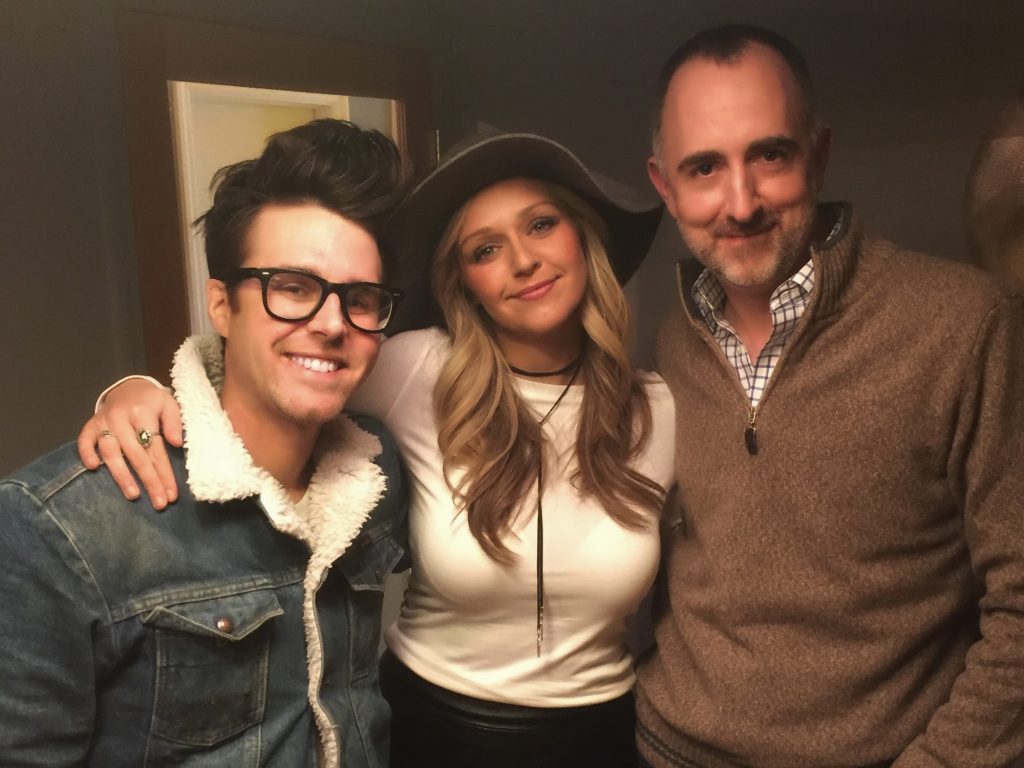 Jon Decious and Steevie Steeves of Towne with The Country Scene’s Shawn St. Jean in NYC 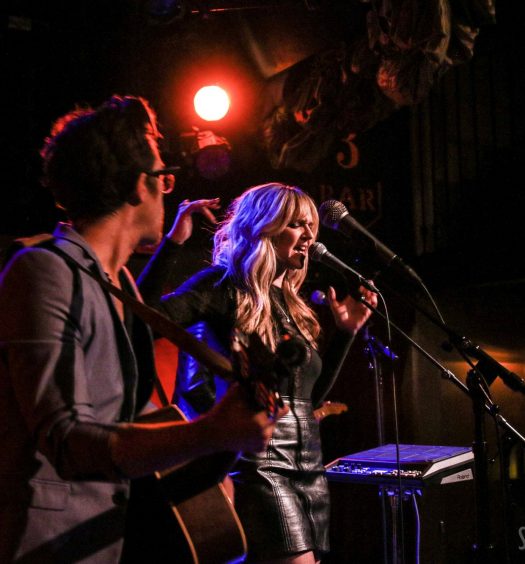 Finding Their Sweet Spot: An Interview With Towne

Read More
Finding Their Sweet Spot: An Interview With Towne
Submit a Comment