Bingham’s storytelling is raw, emotional, and deeply personal. The way he completely opens himself up to his audience is what makes his songs so appealing and relatable. He lost both of his parents – his mother to alcohol and his father to suicide. That pain is so eloquently expressed in the track Never Far Behind off of his fourth album, Tomorrowland:

“With so much love all around you
How could you never realize?
The ground above, the sky below you
Must beat the hell out of being alive”
– Ryan Bingham, Never Far Behind

Yet it’s his more recent experiences, getting married and starting a family, that seem to have brought out a refreshed and happier Ryan Bingham. Where anger and pain may have characterized his earlier work, love and and hope become more evident in the tracks on his latest album.

I reached out to fans on social media who attended Friday night’s show at Irving Plaza. Lindsay Curl (Instagram: @lindsayannecurl) was seeing Bingham for the first time and thought it was “an incredible show.” Lindsay noted that “Irving Plaza was buzzing” and right from the start Bingham and his band had the room “stomping their feet and clapping their hands as if they were at a true down home Southern dance hall.”  She added that the “spirit and enthusiasm of the band emanated throughout the crowd, and Ryan’s low and gritty delivery brought a soulful charm to not only his own songs, but covers, including Bruce Springsteen and Lou Reed.” Here are some shots from the show that Lindsay shared with us:

Amanda McGovern (Instagram: @amandamcgovern) has been a fan of Bingham for a while, but last night was her first time seeing him perform live. She thought it was an “awesome performance.” Amanda commented on the “incredible energy” that Bingham and his band brought to Irving Plaza which “completely captivated the crowd.” She particularly liked his covers of Atlantic City and Walk on the Wild Side. Amanda also enjoyed Bingham’s opening act, Bird Dog: “Great guys performing awesome music.” Amanda added, “Ryan and his band are a perfect example of why people should go out and see live music; can’t wait to catch another show.”

Amanda’s friend Amy McGovern (Twitter: @amymcgovs) said, “Going to see bands in small historic venues in NYC is the way to see a show – you can see the true love an artist has for their craft.” She noted how Bingham let himself and his band “get lost in the moment while remaining visibly humble throughout the show,” and that his acoustic set “drew me in and made me want more.” Amy mentioned that she particularly “loves lyrics and stories within songs and there was plenty of that last night.” She also highlighted his covers, which she felt were “amazing and bold.” Amy added, “Seeing down to earth artists tell stories while entertaining is exactly what I want from a show.” Amy shared these pics from the show: 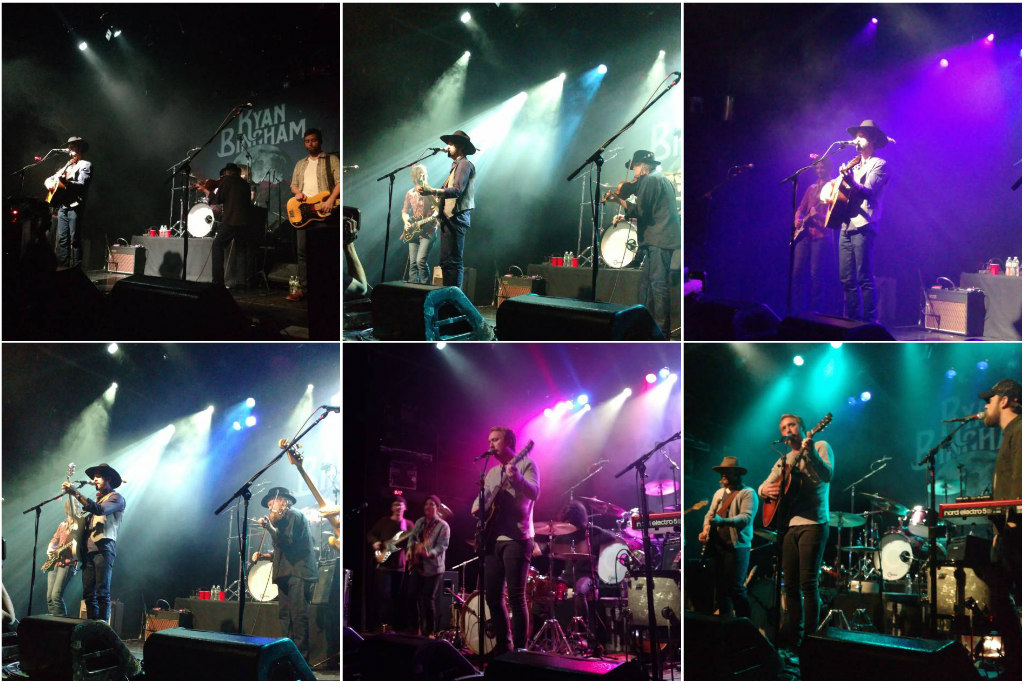 On March 16th, Bingham will join Lady Antebellum, Dierks Bentley, Eric Church, Willie Nelson & others in a concert at Nashville’s Bridgestone Arena honoring Kris Kristofferson. For all of his upcoming tour dates head over to his website by clicking here.