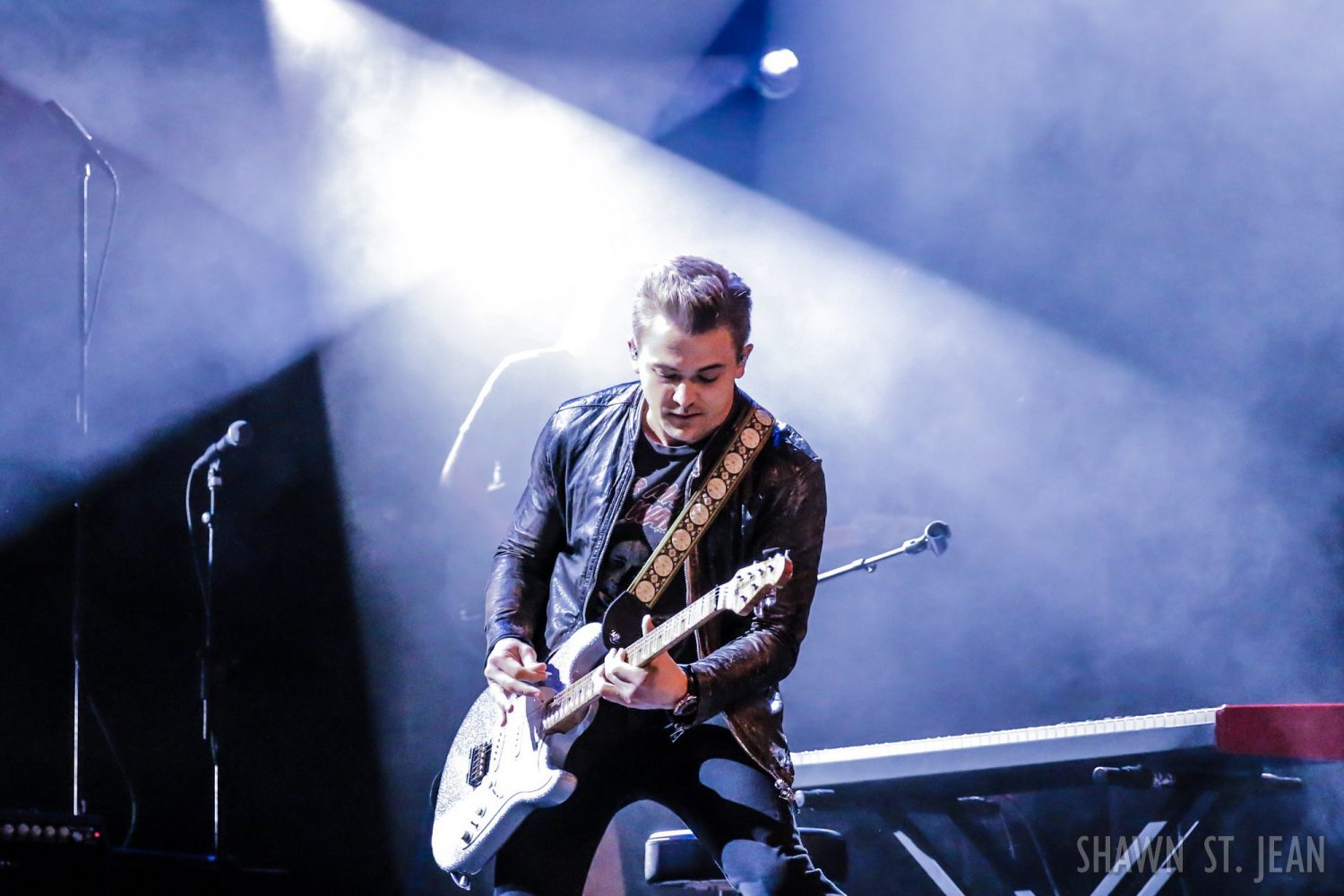 Five-time GRAMMY nominee Hunter Hayes was back at the Palace Theatre in Stamford, Connecticut to headline the Dana’s Angels Research Trust Gala Benefit and Concert.

On Veterans Day we honor the brave men and women who have served our country in the military. This year, we had the privilege to celebrate not only those who wore the uniform, but also an incredible group of heroes working to find a cure for Niemann-Pick Type C (NPC), a rare and fatal disease that affects children. 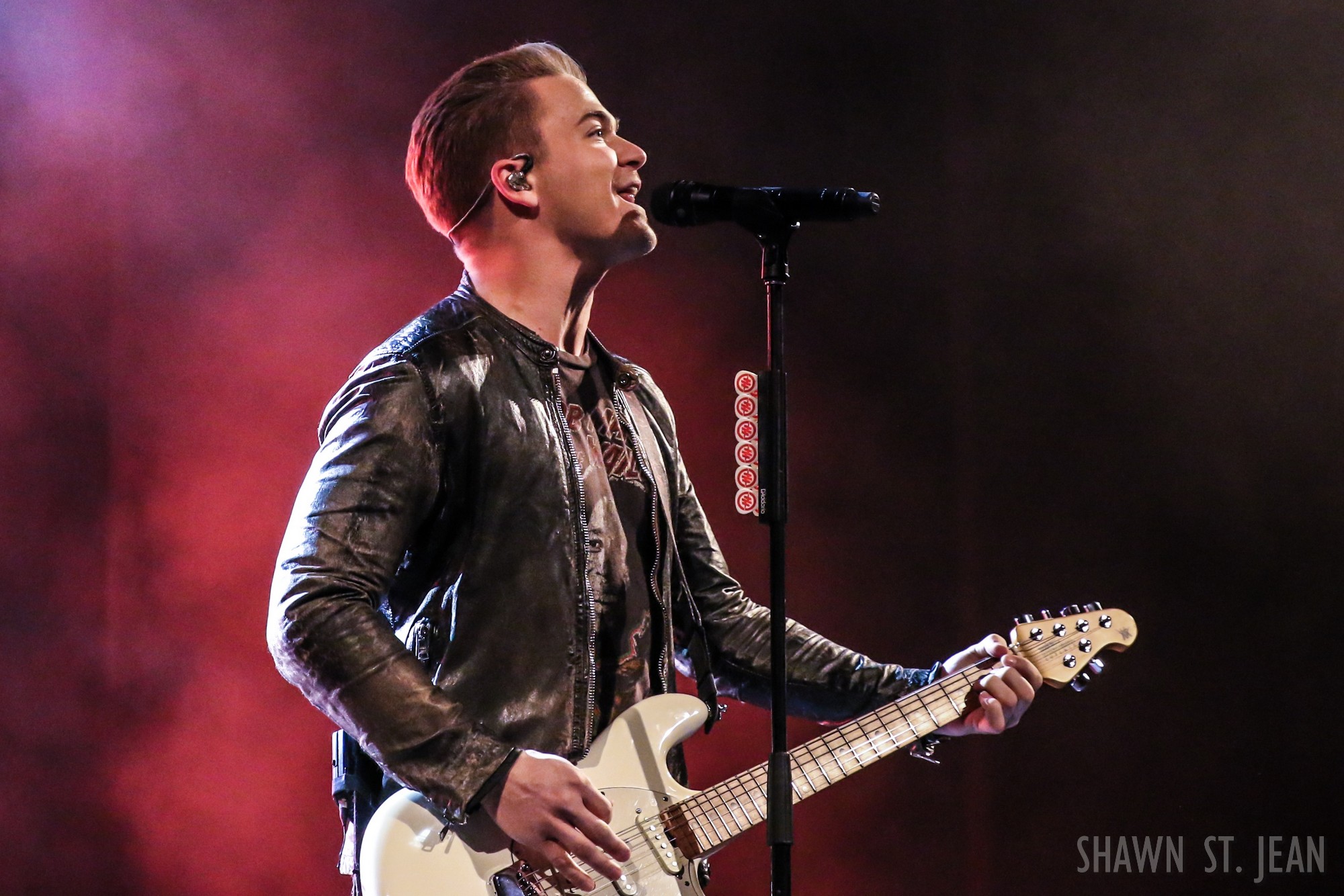 Founded by Phil and Andrea Marella, DART is a non-profit organization focused on funding research for NPC. Two of the Marella’s four children, Dana and Andrew, were afflicted with the disease. Most children who suffer from NPC die in their early teens, but DART has helped change that fate. Dana sadly passed away at the age of 19. Andrew, now 18, has benefited from two experimental medications and has participated in the latest drug trial for almost 4 years, all due in large part to DART’s efforts.

The event, which was hosted by husband and wife sportscasters and Greenwich residents Dan Hicks and Hannah Storm, began with a VIP gala and auction to support DART.

Hayes kicked off his sixteen-song set with his double-platinum number one hit single I Want Crazy, followed by Storm Warning and Tattoo (check out the complete setlist at the end of this article). 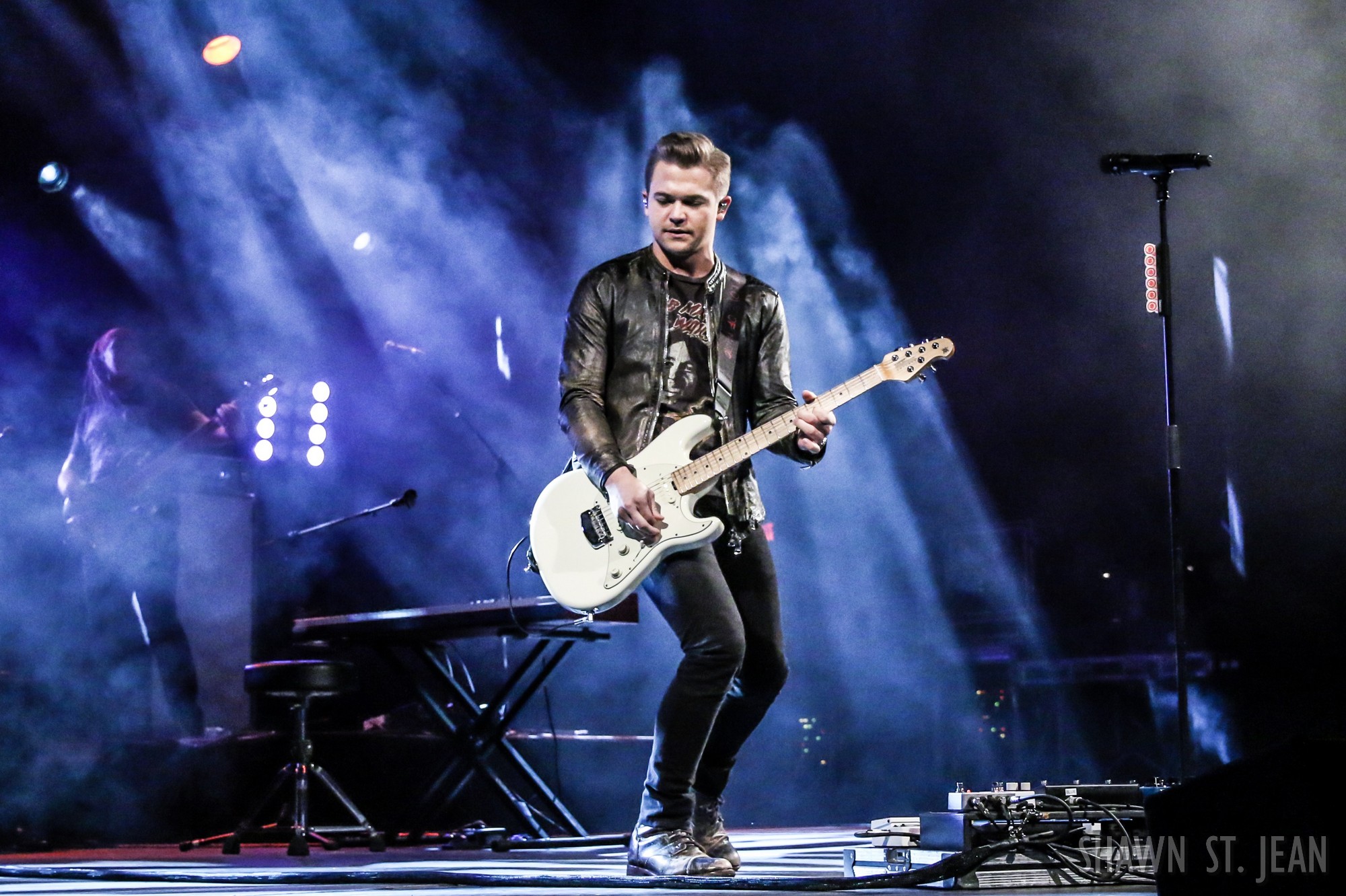 Taking a quick break between songs, Hayes told the crowd that he had just finished a series of performances at a number of military bases, and gave a big shout-out to all our veterans.

“I want to actually make sure that you get to to know me,” Hayes said. “And the me that I want you to know is…forget the lights, forget the leather jacket, I’m a total nerd,” which got the crowd screaming with applause. Hayes added, “I might not be as shy as I thought I was, but I’m definitely the most awkward person you’re ever gonna meet. On this stage is the one place where I feel like I can truly be myself. So, as always, to all the familiar faces that I was not expecting to see tonight, and it is such a blessing to see you, and to everyone I’m meeting for the first time, thank you for giving me a place where I feel like I can be myself.” 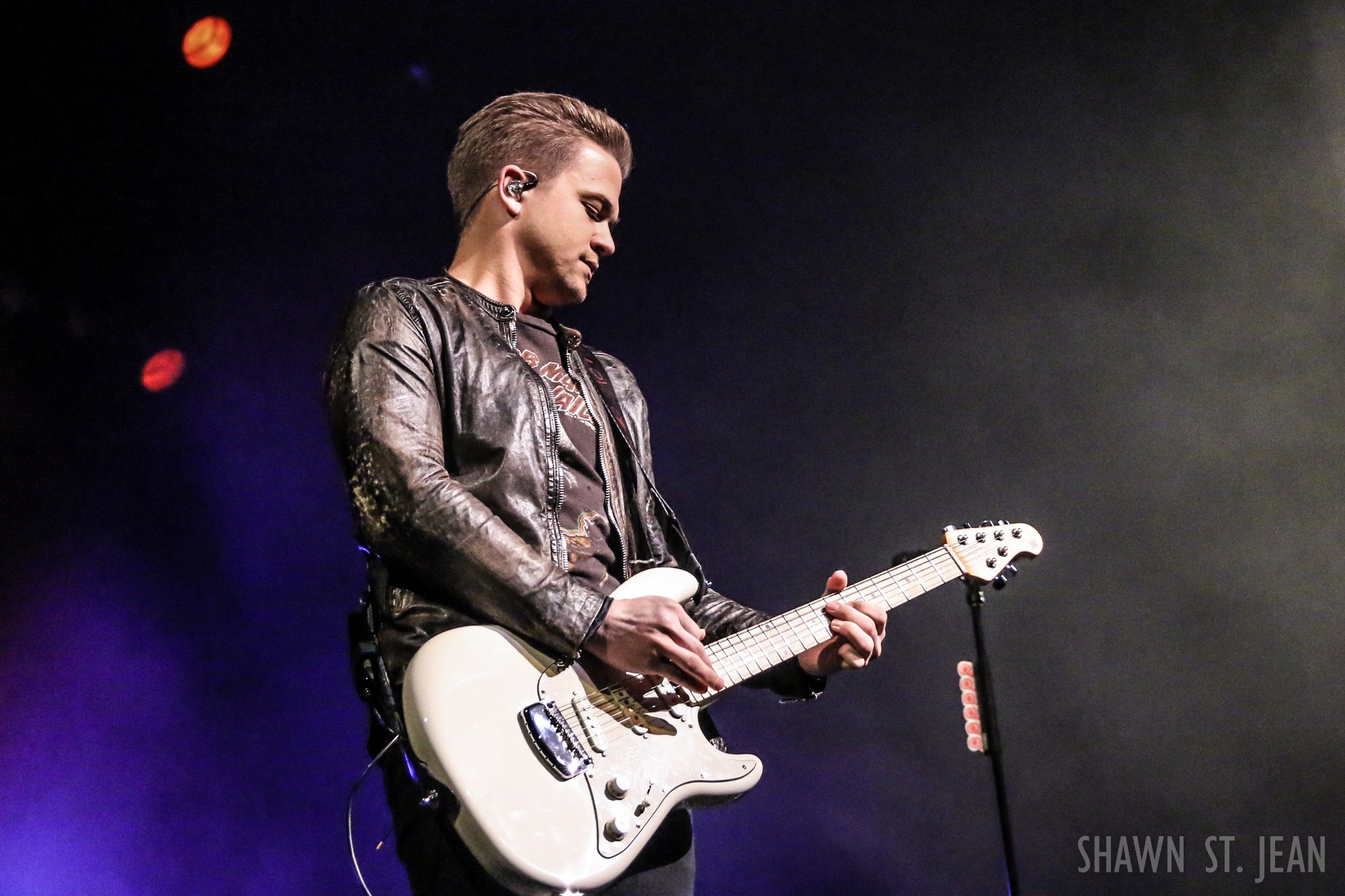 Talking about his new music, Hayes said, “A couple weeks ago we put out a song called You Should Be Loved,” which got the crowd screaming with excitement.  Hayes pumped his fists and said, “Thank you for making me feel really cool.” He continued, “Next Friday comes the next song which is called More. We’re putting out one song at a time, but there’s a lot of new music coming your way.”

Hayes showed off his talents as a multi-instrumentalist as he gave up his guitar and sat down at the piano for a moving performance of Invisible, followed by You Should Be Loved.

“This room has a special place in my heart because we played here on show seven of ten shows in 24 hours,” Hayes said, referring to his stop at The Palace on May 9, 2014 as part of his 24-Hour Road Race to End Child Hunger. Hayes broke a Guinness World Record by playing 10 shows in 10 cities in 24 hours, including a sold-out performance at The Palace. “It’s good to be back, and it’s good to be back for something really important, Hayes added. “Thank you for supporting it and I thank you for letting me be a part of it.” 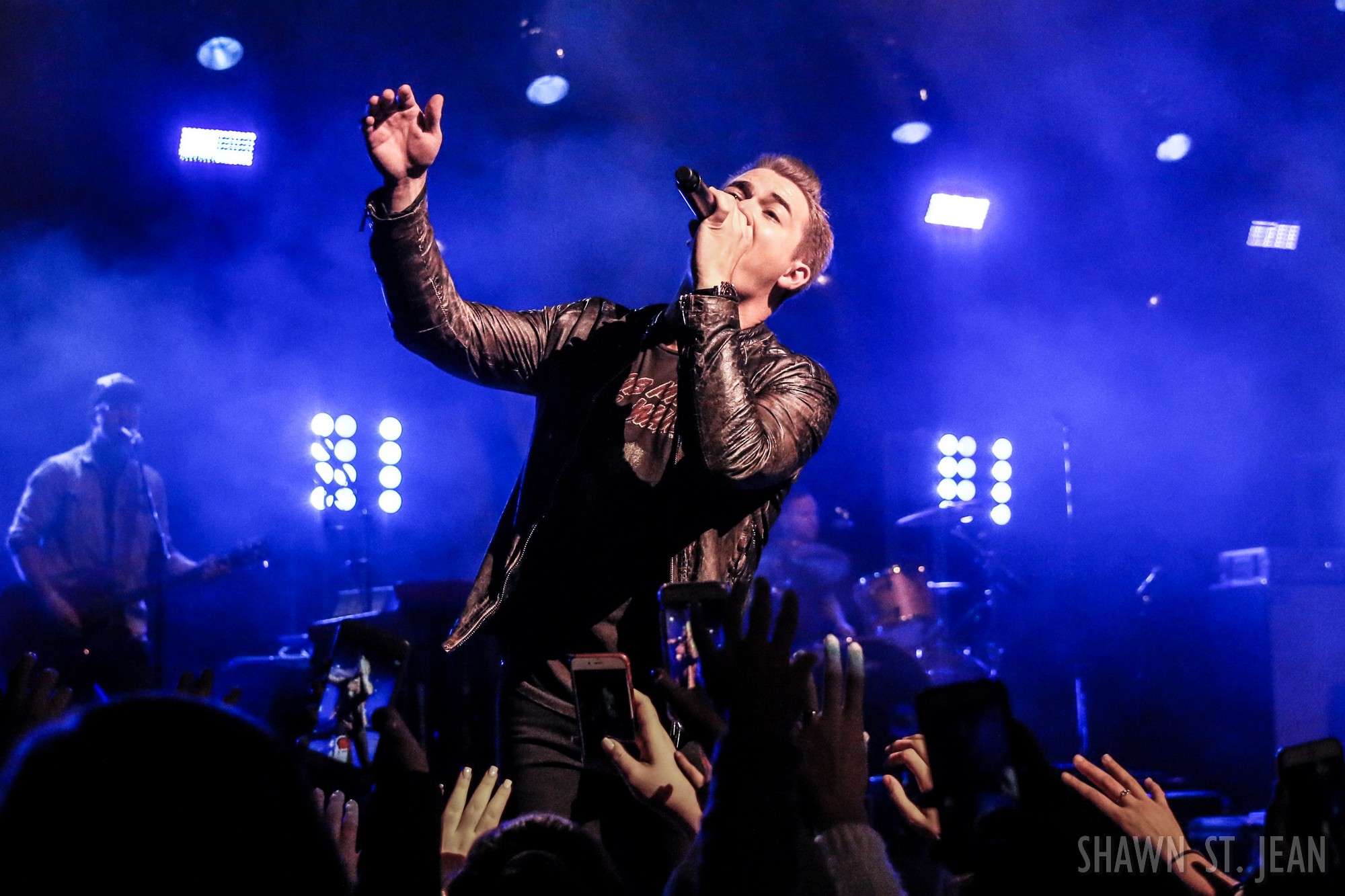 Hayes closed out his set with a cover of Justin Timberlake’s Can’t Stop The Feeling, followed by his multi-platinum number one smash hit Wanted. For his encore, Hayes returned to the stage and launched into a guitar-shredding masterclass as he led into Yesterday’s Song.

At the start of the evening’s gala Dan Hicks commented that there was a line from Hunter’s Somebody’s Heartbreak that perfectly captured the meaning behind the night’s true purpose of supporting DART:

“I guess that all I’m tryin’ to tell ya, is a minute with you is better than two without.”

Hunter’s performance proved that he is able to not only bridge generations of fans, but also the ever-widening country music genre. Check out our exclusive photos from the gala and concert below:

Were you at the show in Stamford, or have you seen Hunter perform live elsewhere? Let us know what you thought of his performance in the comments section below!

Listen to Hunter on Spotify here:

Dana’s Angels Research Trust is a non-profit organization that funds research for a rare disease, Niemann-Pick type C (NPC), a fatal, cholesterol storage disease affecting children. Two of the Marella’s four children, Dana and Andrew, were/are afflicted with NPC. Most children who suffer from NPC die in their early teens, but DART has helped change that fate. As an all-volunteer organization, over 95 percent of the funds expended are channeled directly into supporting pivotal NPC research; research that may also help millions of people suffering from HIV/Aids, Ebola, heart disease, stroke, Alzheimer’s disease and other disorders that appear to be related to cholesterol.

Sadly, the Marella’s daughter, Dana, passed away at the age of 19 in the summer of 2013. When Dana died, she was confined to a wheelchair, no longer talked, suffered from frequent pneumonia and required constant care, but she always had a smile on her face and was an inspiration to many, both here and around the world. The Marella’s youngest child, Andrew, now 18, is battling seizures and has walking and swallowing issues. However, Andrew has benefited from two experimental medications and has participated in the latest drug trial for almost four years, first conducted by the NIH and now managed by Sucampo Pharmaceuticals, Inc.; all due in large part to DART’s efforts.

To date, DART has raised almost $4.25 million toward the search for a cure for NPC. DART is particularly proud of its commitment as a founding member of a unique, collaborative drug development program called SOAR-NPC or Support Of Accelerated Research. Working with other NPC families and research institutions, SOAR’s collaborators have four clinical trials already to their credit. Hunter Hayes with The Country Scene’s Shawn St. Jean at The Palace Theatre in Stamford CT 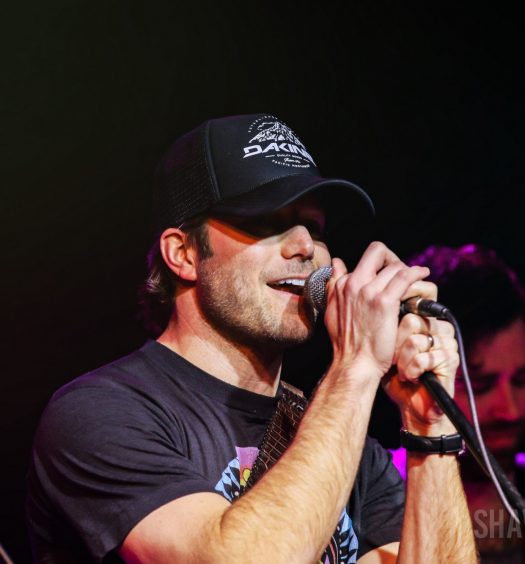 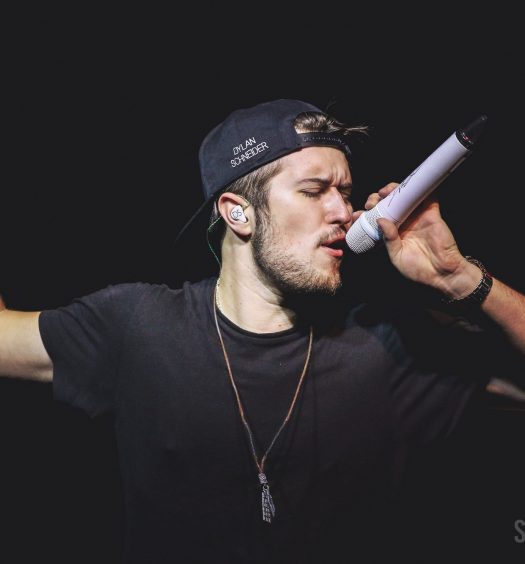 Read More
Going After The Dream: An Interview with Dylan Schneider
Submit a Comment