Soaring Like An Eagle: An Interview With American Idol’s Gabby Barrett

We spoke with American Idol contestant Gabby Barrett about her experience on the show so far, her passion for country music, and using her voice to speak out against bullying.

Gabby Barrett’s journey has taken her from her hometown of Munhall, Pennsylvania to the Top 7 of American Idol. And this 18-year old powerhouse vocalist is just getting started.

Gabby has been crushing the competition and impressing the trio of celebrity judges. Luke Bryan recently told Gabby that she has “all the tools to win this thing.” Hearing comments like that has been a surreal experience for her. “To have such an icon that everybody looks up to, especially in country music, say that is a real honor – it means the world to me,” she told us by phone from Los Angeles. “He makes me feel like a million dollars when I’m on stage.” 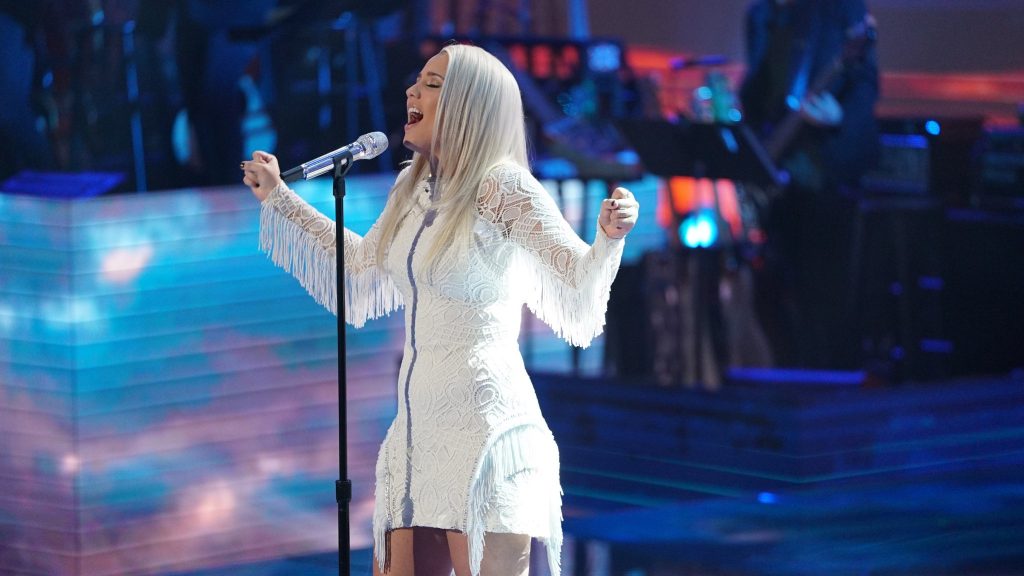 During her audition in Nashville, Gabby started off with Carrie Underwood’s Good Girl. The judges stopped her, feeling that she wasn’t coming off as genuine. “I kind of sounded like Carrie Underwood because in my head I knew that was a safe spot to go to,” she explained. Gabby’s been determined to prove to everyone that she can not only sing country, but other genres as well. “I want to show America that I can do whatever song that anybody throws at me and make it the best version they’ve ever heard,” she said.

Gabby first fell in love with country music when she watched Carrie Underwood win season 4 of Idol. You can see that passion come through with her recent performances of Miranda Lambert’s Little Red Wagon, Maren Morris’ My Church, and when she joined Sugarland on stage to sing Stay. “I like everything about country music,” she said. “I like how loyal the fans are and I like the storyline of country songs.”

Post Idol Gabby definitely plans on sticking with country, but incorporating her own soulful approach. “Vocally I want to be the Whitney Houston of country music,” she explained. “I want to bring my vocal range from R&B over into country and just be a big powerhouse like Whitney.” Gabby feels that the current climate of blending and blurring lines between genres is perfect for her style. 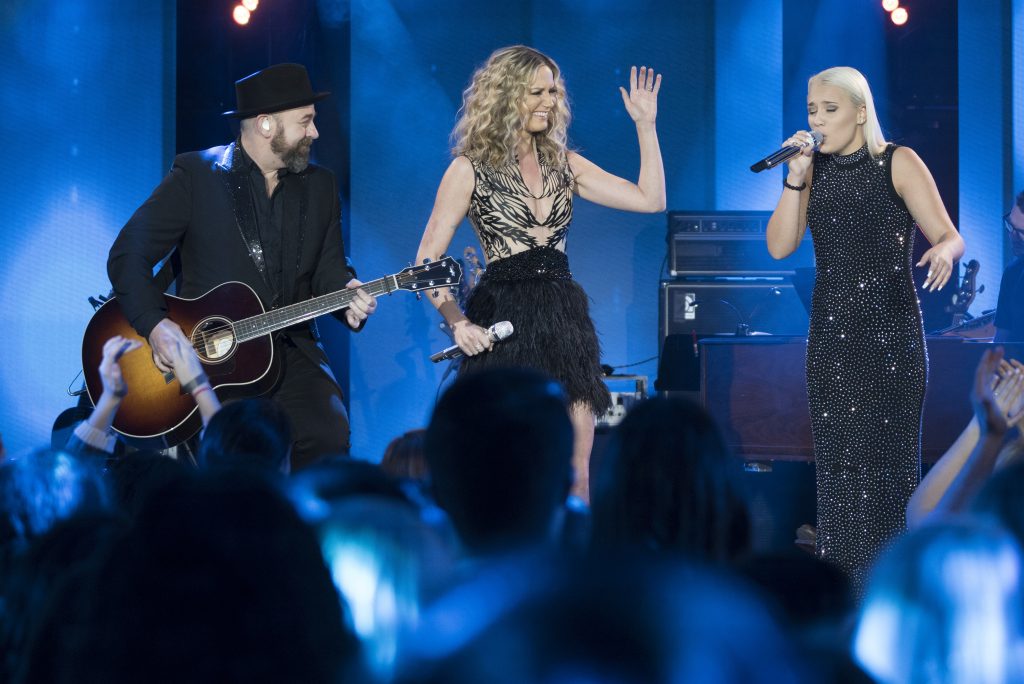 Gabby has been open about the bullying she experienced while in school. Today she’s using her voice to help other kids, including a recent school tour to talk about bullying. “It’s very important to me that people know my story, especially girls who are going through the same thing,” she explained. “I just want to let them know that I was in their spot; girls would try to trip me, they’d call me every mean name in the book and make fun of me on the internet.”

Gabby’s dad taught her a quote when she was growing up: The eagle flies alone while the pigeons flock together. “You have to rise above everybody and use those negative things that people are saying to push you and elevate you farther towards your dreams,” she said. “I just want to tell everybody to always believe in yourself and believe in your dreams, no matter what age you are. There’s only one you, and you hold the key to your destiny.” 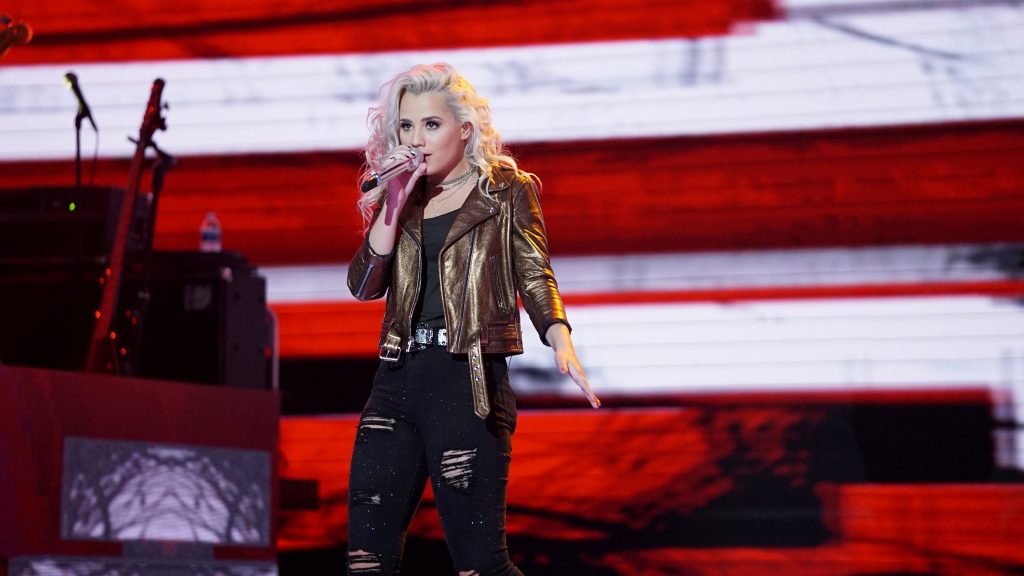 See You At The Garden

It wasn’t that long ago that Gabby was just like most other teenagers. Today, she’s getting standing ovations from Luke Bryan, Katy Perry and Lionel Richie, has millions watching her on tv and is one of the favorites to win American Idol. “It just truly blows my mind and I’m just so unbelievably blessed and grateful for this opportunity,” she said.

Gabby has her sights set on two big bucket list items. “Winning American Idol is definitely the first one, but Madison Square Garden – I want to make it there in five years time,” she said. You can be damn sure we’ll be at that show.

You can support Gabby by voting for her on upcoming episodes of Idol – here’s how: 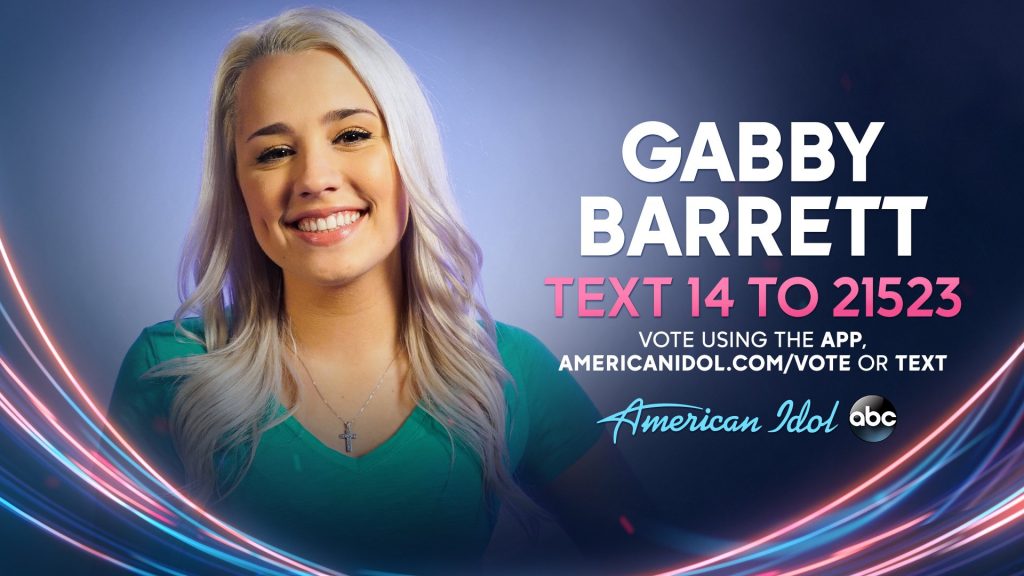