By Michelle Wacker  •  5 years ago

The Band Perry's Welcome To My Bad Imagination pop-up show tour made a stop at NYC's Irving Plaza on March 7th.

Upon entering Irving Plaza in NYC I had a little bit of a queasy feeling. The Band Perry did not release the new album yet so I had only two singles as a taste of what to expect. This was very smart on their part as it forced fans to see the whole picture before making judgement. I have loved The Band Perry and was not sure about this new transition to pop. It is safe to say that country fans are also having a tough time with this idea. The truth is that not many country bands, with the exception of Taylor Swift, have been able to successfully do this. The Bad Perry has always had an extra amount of style than most country bands. Their videos have progressively been getting more and more cinematic with sometimes dark interplay. Reid and Neil have sported a hair rocker look for some time. Seeing Kimberly walk out with the Betty Page meets punk rock look was a bit jarring only because I have always seen her as the blond almost innocent country girl. Don’t get me wrong, she looks drop dead gorgeous but in the back of my mind I was thinking – that look takes a lot to successfully pull off.

When I entered the main floor at Irving Plaza I was pleased to see something new. Of all the years and endless amounts of concerts that I have attended at this venue I have never seen a circular stage placed in the middle of the dance floor. This was a very innovative way for the band to allow the fans to feel just how intimate the My Bad Imagination tour was going to be. With all the fans snugly surrounding the stage, Kimberly, Reid, and Neil walked out and stood dead center arms on shoulders in a circular hug with lights from the stage floor shining up onto them. The majority of the light for the rest of the show would be coming from the stage floor. The drummer was positioned behind all the fans on what was usually the true stage. 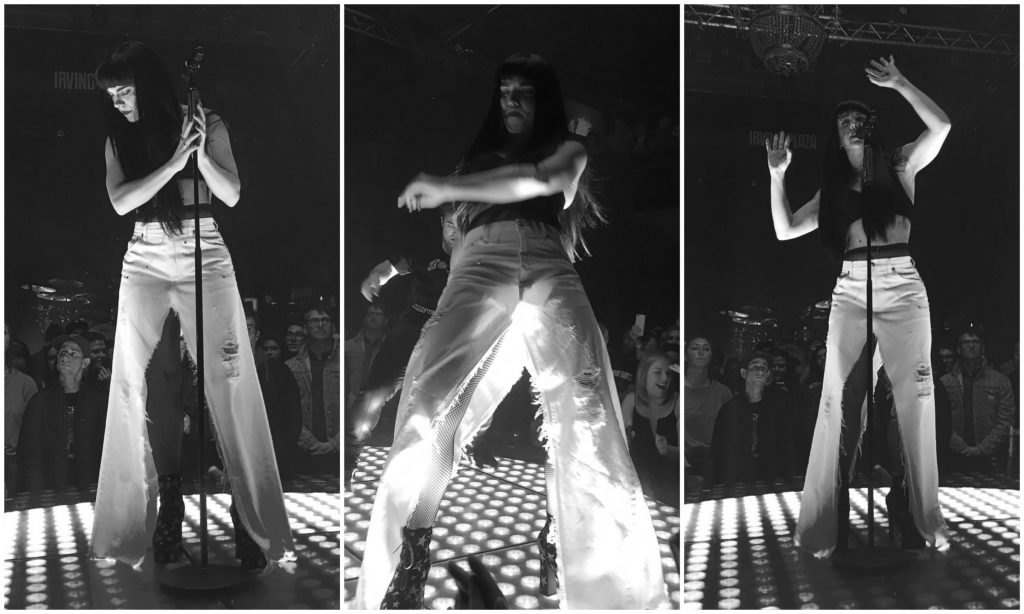 As the three siblings stood motionless the first song Make You Happy was already playing with small streams of light intermittently shining up synced to the beats. This was a great touch. I could clearly see this was going to be a whole new experience. All my fears of Kimberly being able to pull off her new look faded as she started singing and moving to this song. Neil’s falsetto moments in this song really added an interesting element and by the end of the first song I was on my way to becoming a believer in their new choices. Kimberly is fierce and really comes off super powerful. It was not until now that I really understood how her sometimes husky voice really can play into rock so well. The only other person I could compare her to right now would be the lead singer of Sleigh Bells Alexis Krauss. The second song was Better Dig Two. The floor lit up the band in pure red light and each member stomped their feet to the big beats in the intro. Although both brothers had guitars other musicians played the country instruments integral to the song. I loved the rock interplay to this song. Even though the stage was small the brothers had some nice choreography passing each other making sure the 360-degree fan circle all had a chance to interact with them. The crowd blew up and sang along with great enthusiasm.

The next song was Stay in the Dark from the new album. This would be the most dance anthem of the songs played. Fans had already memorized the song and were singing along. The brothers had some nice rock and roll jumps with their guitars and Kimberly’s energy got people dancing and cheering. Their next song had a similar effect, The Best One Yet. Reid and Neil really took their time during this song to sing one on one with fans and almost everyone in the first few rows made contact with them. This was followed by Comeback Kid. 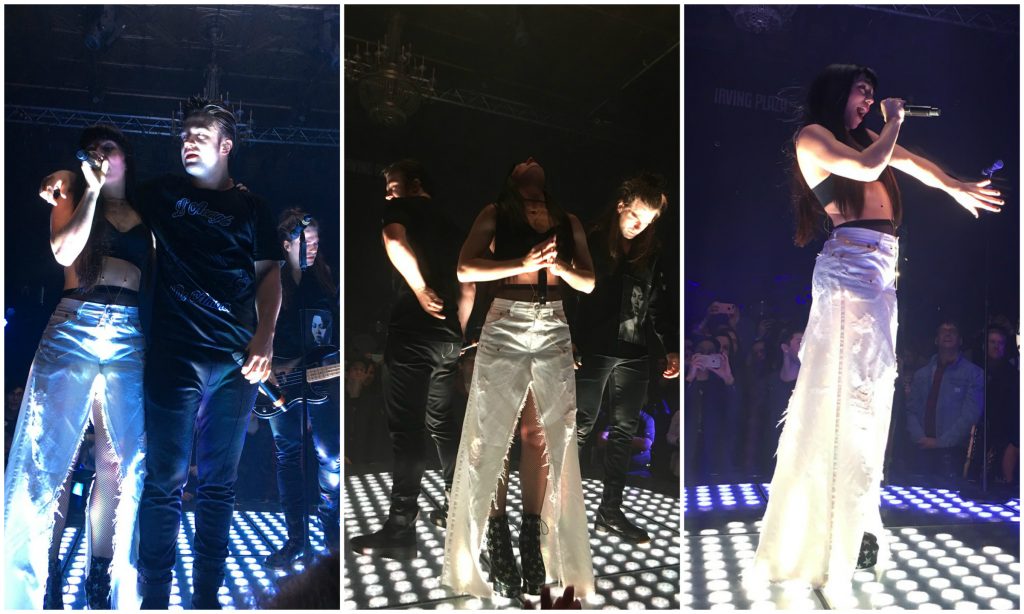 My favorite song of the evening was One Last Look. The stage starts out dark with strobes from above slowly streaming across the stage. Simple notes play and Kimberly starts singing slowly showcasing just how strong her voice is. There are no drums mostly just the sibling’s voices with minimal instrumentation. Kimberly was extra sultry in her moves at one point kneeling down on the floor hunched down with her soft words falling from her lips. It came off deep with a real sadness to it.

This was followed by If I Die Young – of course everyone was super happy to see them perform this song as it is one of their most popular. It was interesting to see the new look with this song in play. Kimberly brought out her acoustic guitar and Neil had his Mandolin. This country moment transitioned perfectly from the previous song.

Next was In it Together. This song is so relevant for the band right now with lyrics:

They as a band are so close knit. Watching them interact on stage is a pleasure because you can see the legit love they have for each other. For fans of the new sound this song unites them with the band with the understanding that we are excited to see them follow the path they are interested in pursuing right now. Haters are going to hate but the loyal fans really feel the togetherness The Band Perry is casting out like a huge net of love. 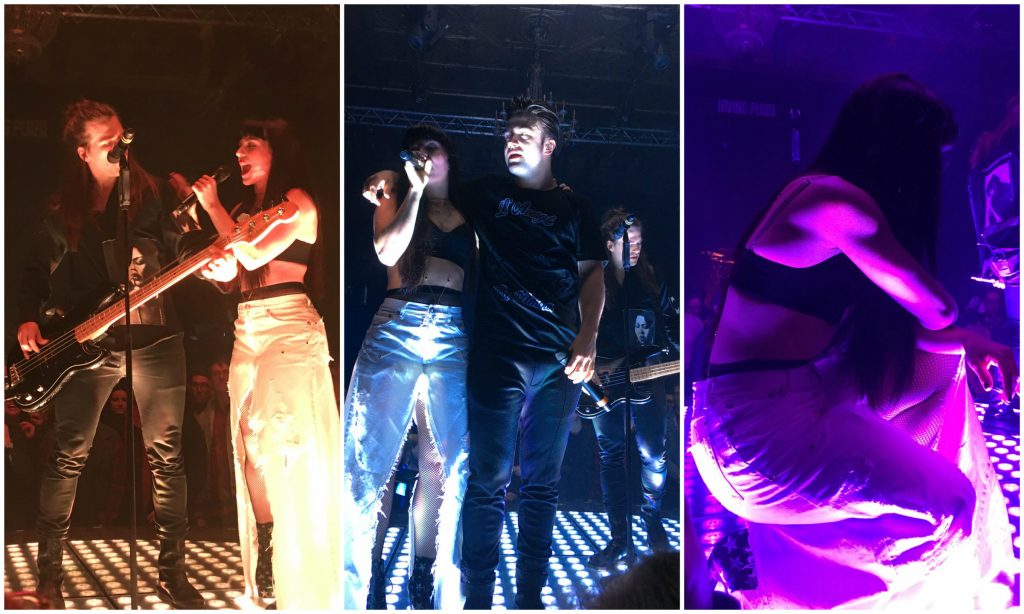 Done broke out with its usual in your face intensity. After this was a rather interesting mash up of songs. Reid came out solo playing the opening riff of Seven Nation Army by the White Stripes which then bled into Reid singing Justin Timberlake’s Sexyback. Reid then exits stage while Neil then jumped on stage and with full auto tune sang Kanye West’s Heartless and a few lines of Get Low by Lil Jon. Neil exits stage and Kimberly jumped up with an energetic version of Missy Elliot’s Work It followed by Kelis’s Milkshake. During this song, Kimberly brought a fan on stage to represent NYC’s dance moves. She twerked and dropped it and won the crowd over. At this point, Neil and Reid joined Kimberly on stage and performed Ginuwine’s Pony together. This mashup was about the last thing I expected to see at this concert. They all really nailed their renditions and it was a huge success.

The final song was Look at Me Now just like in the first song the three band members were in the middle of the circle but this time with their backs against each other and squatting down. The song starts out soft and slowly gets louder with the group jumping up and putting energy together as a sure power house. Throughout the performance each band member made direct eye contact and physical contact with so many fans. They said that they wanted this to be an intimate show for their biggest fans. They really achieved this and we all left feeling truly special and warmly thanked. Their message of inclusion and living one’s passion was well received.

The Band Perry might be stepping out of country for a moment or forever. We won’t know until the future, but what we do know is that what they set out to do they do in full fashion. Their down to earth tenderness is still there, their connection to the fans is still there, and most importantly their uplifting spirit is still loud and clear. Inspirational for all ages. They made this cynic a believer so much so that I had to drive to Philadelphia to see the show one more time. Truly one of the best concerts of this year. 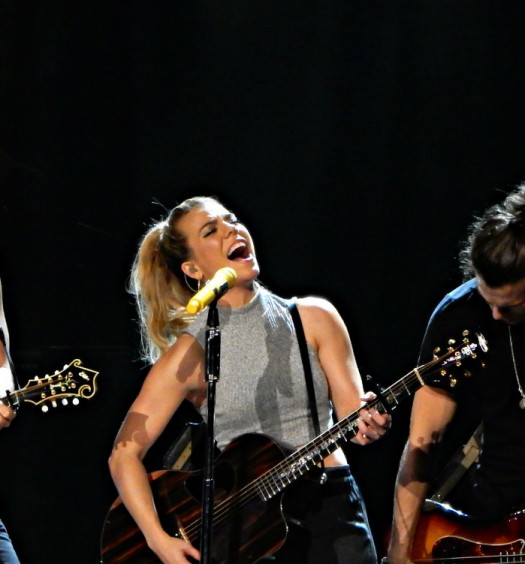 The Band Perry at Mohegan Sun 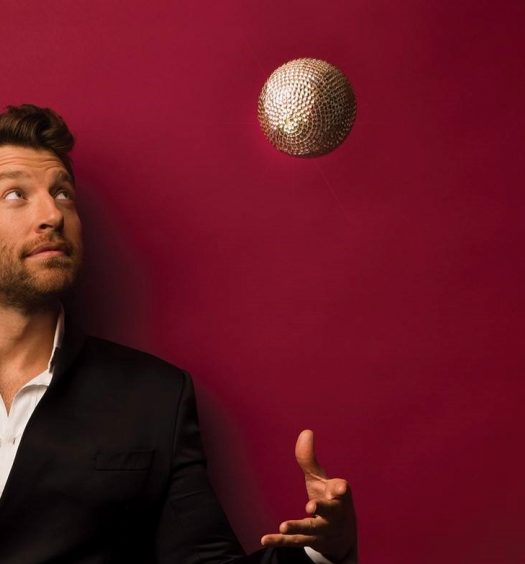 A Holiday Evening With Brett Eldredge