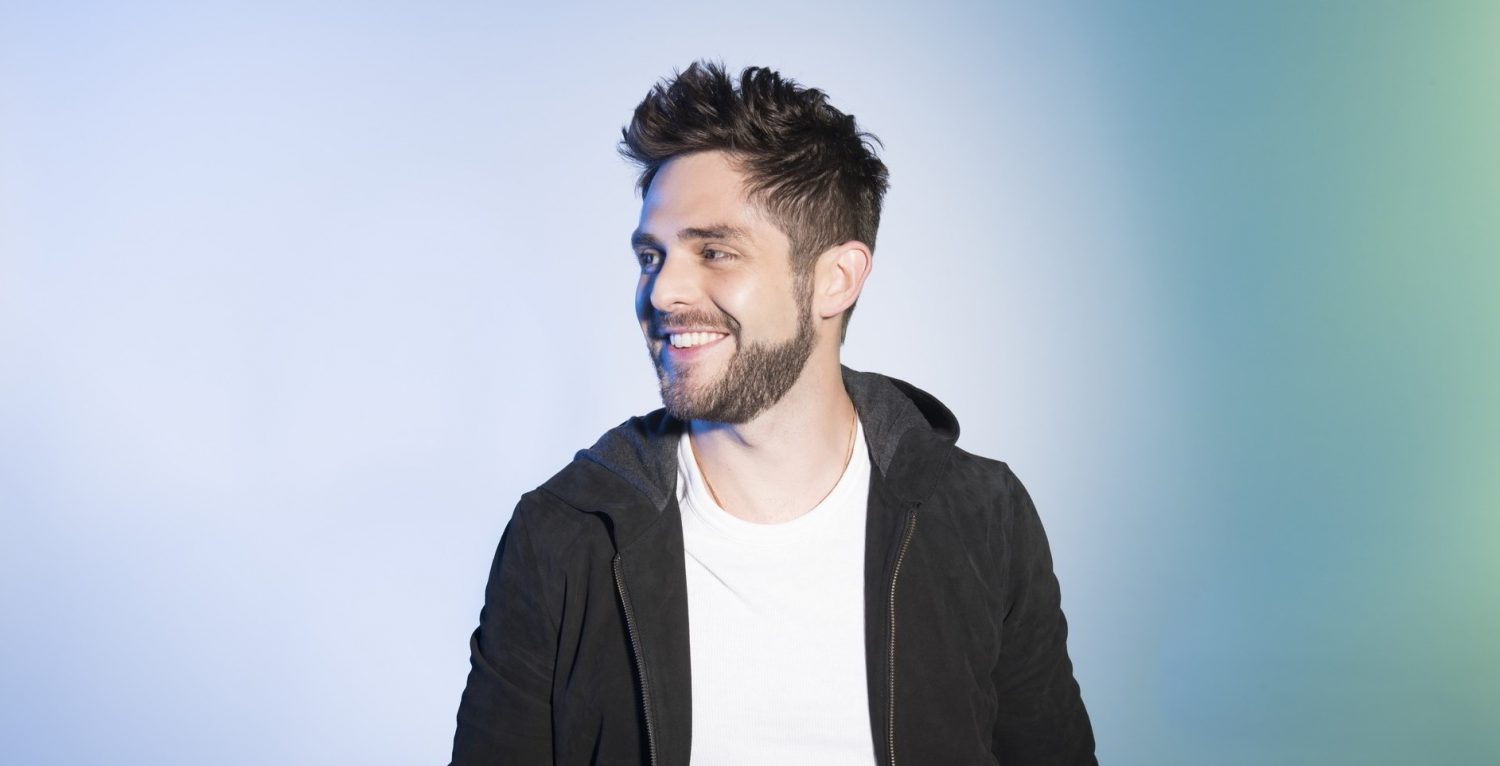 It All Started With A Tweet: How I Became Thomas Rhett’s Biggest Fan In NYC

Thomas Rhett was in New York to celebrate the release of his latest album, Center Point Road.

It all started with a tweet. The iHeartNYTheater Twitter account was looking for Thomas Rhett’s biggest fan. I knew I had to reply and included photos of us to increase my chances of them noticing me. Two days later I received a direct message from iHeartRadio asking if I could beat Thomas Rhett in a trivia game. I screamed because I thought I had won concert tickets (his iHeartRadio album release show was the next day and I had been trying to win tickets all week, but didn’t have any luck) but this was ten times better. Of course I said yes, made plans to meet in the city the next afternoon, and stayed up until 2am studying random facts about TR (ex: when he created his Twitter, the order of songs on his albums, when his albums were released etc) because I knew they weren’t going to ask any easy questions.

The day of the event, May 30th, which also happened to be my birthday, I was extremely excited but also a little nervous. I got to the location and was sent to a backstage area to get mic’d up since it was being filmed for Youtube. Then it was go time. I walked into the room full of cameras and lights and felt like a celebrity myself for a second. It was amazing. Thomas Rhett greeted me with a smile and huge hug which instantly calmed my nerves. We played trivia and it was so much fun. Lots of laughs and good times. I could’ve hung with him for hours it was such a blast. Shockingly, I ended up winning. TR was pretty bummed I knew more about him then he did, but took it like a champ haha! Then we took some photos, recorded some liners and parted ways. It was unreal.

I thought the day couldn’t get any better but boy was I wrong. iHeart ended up putting me on the guest list for Thomas Rhett’s album release show later that afternoon, which was absolutely incredible. He talked about his new album Center Point Road then played a ton of songs from it including Look What God Gave Her, Life Changes, Remember You Young, That Old Truck, Beer Can’t Fix, as well as some older songs T-Shirt, Die A Happy Man, Marry Me, Craving You. He had the entire crowd on their feet especially for the finale Crash and Burn. It was so great to see every single person in the room having the time of their life, especially Thomas Rhett. He has so much energy and always puts on such a fantastic show.

Once the album release show ended, I had an hour to grab dinner then went over to Subculture in Soho for the Center Point Road listening party. It was invitation only for a select group of fans (Pandora’s top listeners) sponsored by Pandora and Marshall’s. The venue was stunning (decorated for the album release) and included a photo booth, lemonade, t-shirts and koozies.

There was a pre-show meet and greet for about twelve fans and I was lucky enough to be selected. The day kept getting better and better. As soon as TR saw me he made a joke relating to our trivia game and addressed me by name, which made me smile since he had a full day of press, yet managed to remember me from the morning. It was such a simple yet special moment. Then I told him how I forgot to mention earlier that it was my birthday and he stopped the photographer from taking our photo and said “We all need to sing Happy Birthday to Sam!” then led the entire room (his team and my best friend) in a serenade to me. I was speechless and wish I had it on video. The fact that he took the time to do that was so kind and meant the world to me. It’s a memory I will cherish forever. There’s no doubt in my mind Thomas Rhett is the most incredible man and musician. 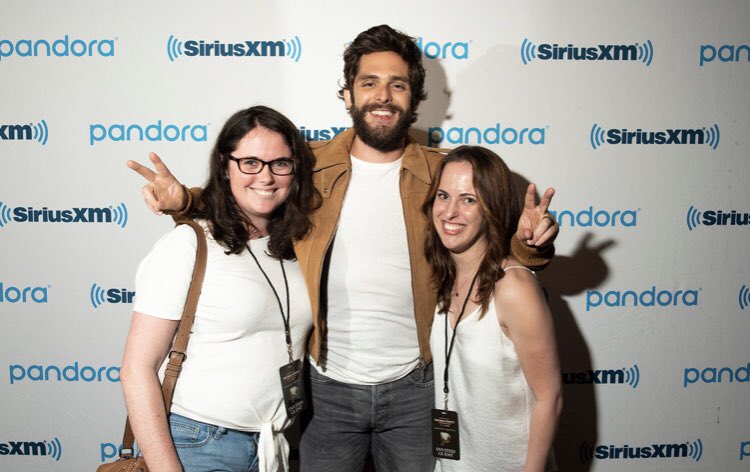 After the meet and greet it was time for the listening party. It was a very relaxed event, a room of about 100 fans, as well as TR’s team. Hosted by Storme Warren of Sirius XM The Highway, we got to listen to 10 out of 16 tracks from Center Point Road. We heard the stories behind the songs which was heart-warming. Watching Thomas Rhett listen to each of his songs with so much emotion was really special. I teared up a few times because it was so beautiful to hear all the backstories then listen to the incredible lyrics he wrote. He had the entire room laughing, smiling and crying over his best album ever.

After the event, he was presented with a plaque from Pandora for reaching 300 billion streams. It was a really proud moment for everyone in the room since we all love and support him so much.

It’s safe to say this day was unforgettable (pun intended) and one I will never forget. I’d like to thank the following people for all of the amazing opportunities I was given throughout the day: Lauren, Maxwell, Kahli from iHeart for making the trivia event so much fun and thanks to Pandora and Marshall’s for sponsoring such a great listening party. Lastly, thank you Thomas Rhett. Your are one of a kind, so much fun to be around, humble, wonderful and made my birthday the absolute best. I can’t say enough good things about you. You went above and beyond and I can’t thank you enough for that.