Steve Moakler at Gramercy Theatre on May 12, 2017 / Photo by Shawn St. Jean.
Concerts

Steve Moakler was joined by Drew Baldridge and Smithfield at New York's Gramercy Theatre as part of the Sirius XM Highway Finds Tour.

In the past year, Steve Moakler has been named to dozens of ‘Ones to Watch’ lists, made his Grand Ole Opry debut, released his fourth studio album, Steel Town, and just wrapped up his biggest headlining tour to date, which included a stop at New York City’s Gramercy Theatre on May 12th.

Moakler’s no stranger to NYC. In addition to having been born in New Jersey, he’s performed in the city numerous times over the past several years. Last October he was at PlayStation Theater as an opener for Old Dominion on their Meat & Candy Tour. Prior to that, he’d performed at such venues as Mercury Lounge, City Winery and Rockwood Music Hall. During his show at Gramercy he recalled those early days at Rockwood, noting that back then he played for about twelve people, “and I was related to almost all of them,” he said. 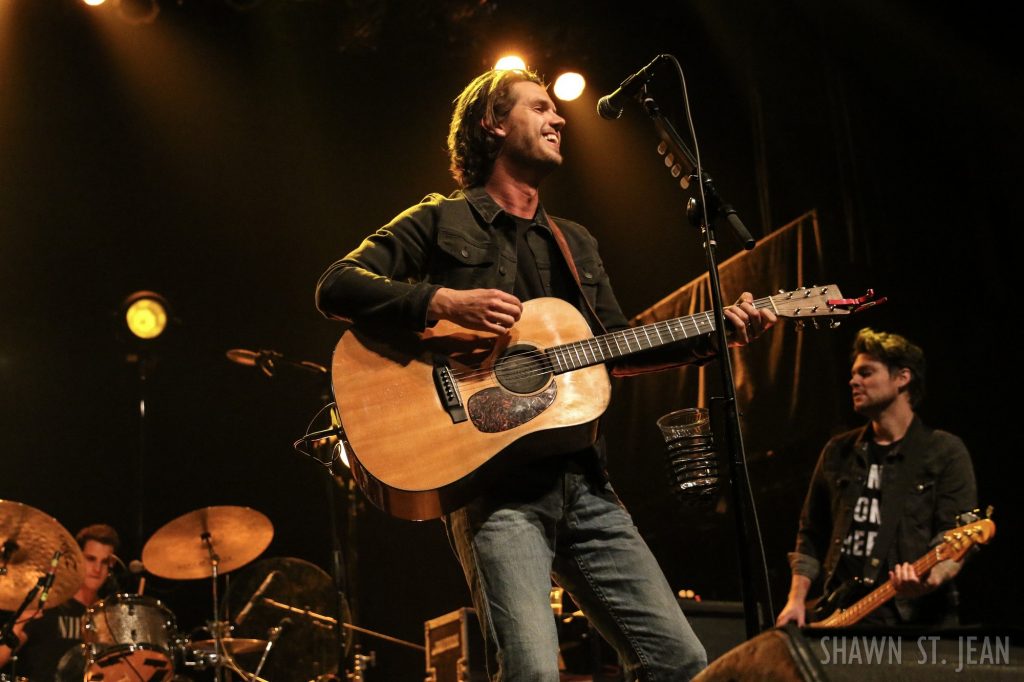 Safe to say those days are well behind Moakler now – Gramercy Theatre was packed for his show.

His set in NYC included every track off the Steel Town album, from Siddle’s Saloon (inspired by the bar his grandfather set up in his basement) to the country radio hit single Suitcase (written by Thomas Rhett, Luke Laird and Barry Dean – the only track on Steel Town that Moakler didn’t write himself). All of the songs weave together in a fitting tribute to Moakler’s Pittsburgh roots, where he grew up and lived until moving to Nashville ten years ago.

Moakler has established himself as an incredibly talented and accomplished songwriter, having penned songs for some of country music’s greats. His favorite, which he included in his set at Gramercy, is a song he co-wrote with Travis Meadows that went on to become the title track from Dierks Bentley’s previous album: Riser.

Moakler ended his main set with a real crowd favorite: Love Drunk. As he was walking off stage he not-so-subtlety hinted that there maaayyyyy be an encore coming. Sure enough, Moakler reappeared to the roar of the crowd and gave a solo performance of Hesitate – “for all those old school fans,” he said. Openers Drew Baldridge and duo Smithfield joined Moakler on stage for the final song of the night, a cover of Fleetwood Mac’s Go Your Own Way. 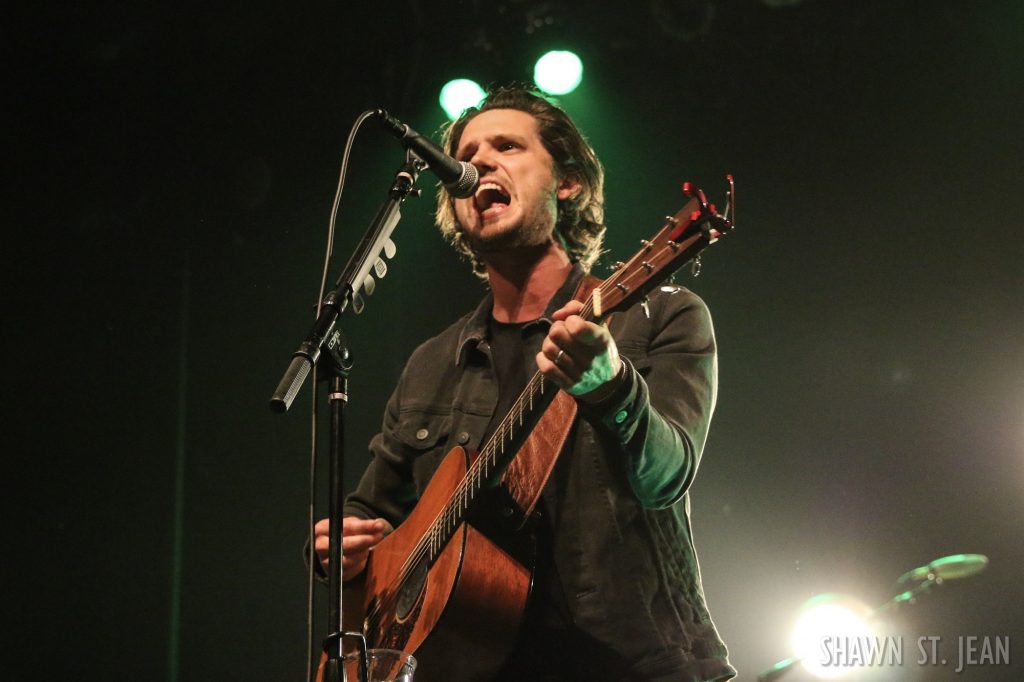 Moakler also highlighted the work he’s done with Free The Birds – a fundraising project created to help non-profit organizations that fight to end human sex trafficking and serve the women and children who have been trapped in it. Together with his fans, Moakler has raised over $25,000 to help this cause.

During the show I caught up with Deb from Texas, who was seeing Moakler perform live for the 85th time. “The first time I saw Steve, I knew immediately that this guy was something special,” she said. “Steve is not only an immensely talented singer/songwriter & performer, but he is also an amazing person; he’s one of the nicest guys I know with a heart of gold.” Deb felt an immediate connection with Moakler and started going to as many shows as she could. “They have become my happy place where I can just let go and have fun,” she explained.  While she’s seen him perform all over the country, this was her first time seeing Moakler in NYC. “It was clear there was a unique energy in NYC,” she said. “Not only did Steve have a bunch of family in the audience, but there was just a different electric atmosphere.” Deb also attended Moakler’s pre-show VIP hang, called the Smoaking Section. “It’s a great way for Steve to personally connect with his fans – they get to see just how down to earth and humble he is,” she explained. “They not only get to ask Steve questions, but they find that Steve is just as interested in learning about them as well.”

If you do find yourself in a future pre-show Smoaking Section (which I highly recommend) be sure to ask to Steve to explain the game of hammerschlagen and the dangers involved. I won’t spoil it for you, but ouch! 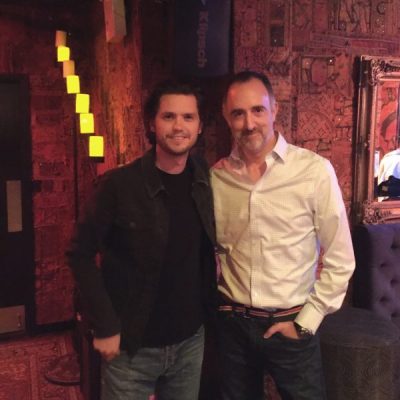 Steve Moakler with The Country Scene’s Shawn St. Jean at Gramercy Theatre on May 12, 2017. 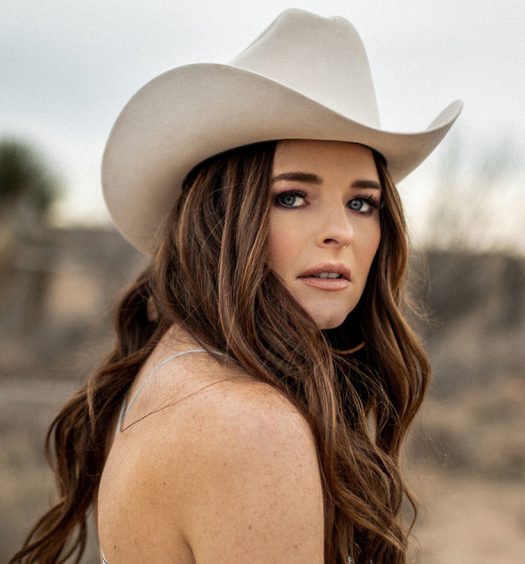 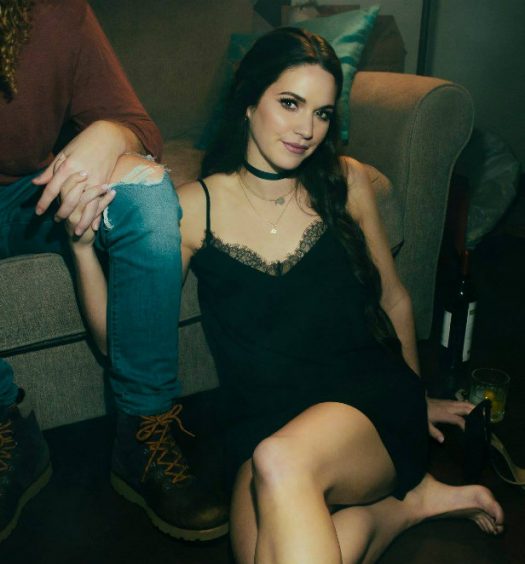 Interview With Hannah Ellis: Empowered And In Love

Read More
Interview With Hannah Ellis: Empowered And In Love
Submit a Comment