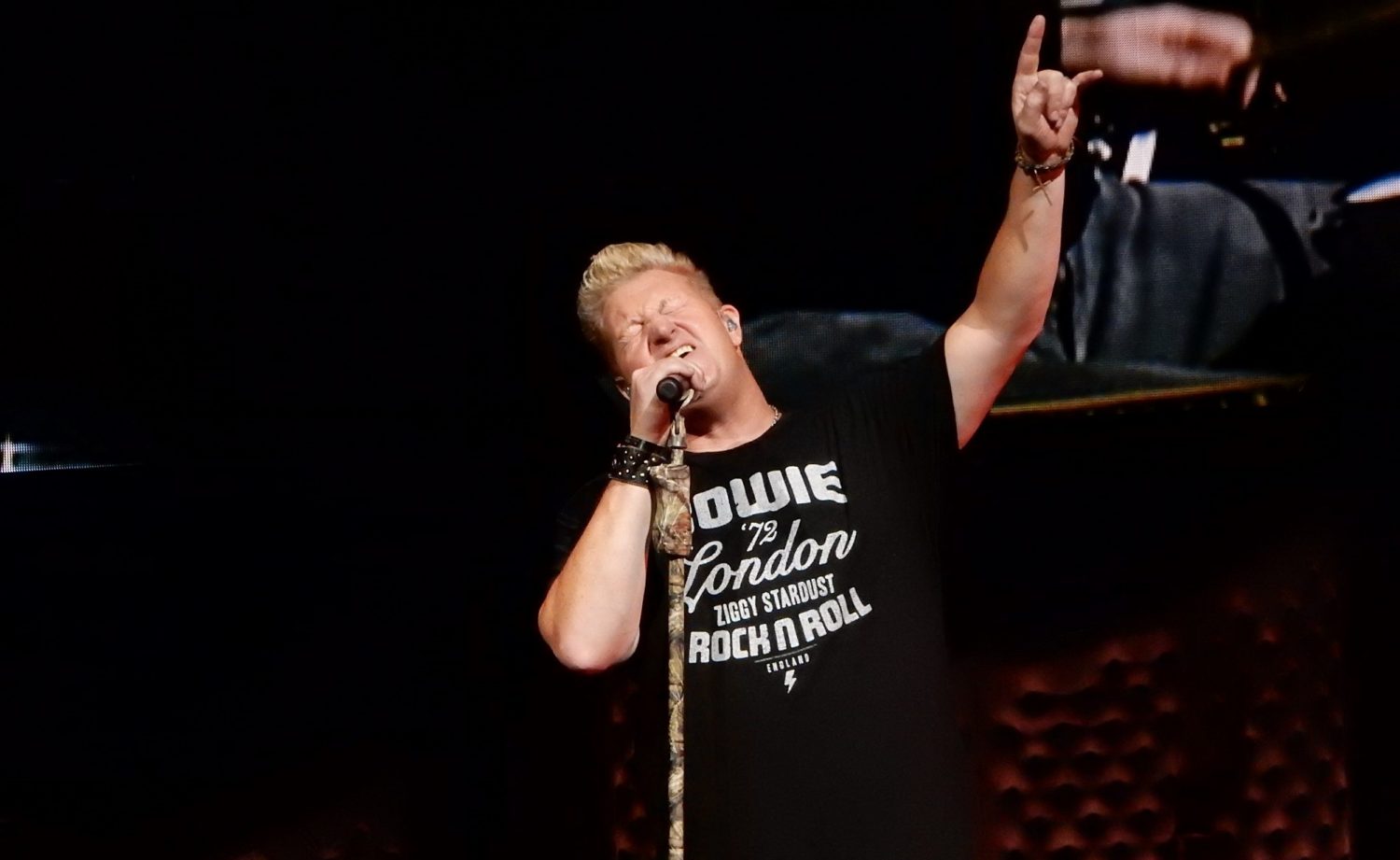 Dan + Shay and Carly Pearce joined Rascal Flatts in Hartford CT to kick off the 2018 Back To Us Tour.

Hartford fans were hoping for better weather for this year’s Rascal Flatts show, after last year’s was cut short due to severe thunderstorms. Thankfully we got a perfect summer evening at the Xfinity Theatre for opening night of the 2018 Back To Us Tour.

In a press release announcing the tour lead vocalist Gary LeVox said, “I can’t describe how much we are looking forward to the tour this summer! We’ve been lucky enough to be in a position to tour consistently throughout our career, and last year felt like the perfect time to reset as we focused on the release of our 10th album. Coming back this year and with our friends Dan + Shay, who are some of the best guys around, as well as Carly who had an amazing year last year, makes it all the more exciting! It’s going to be an awesome time for us and the fans!”

This current tour follows their tenth studio album of the same name. Released in 2017, Back To Us features the hit single Yours If You Want It. 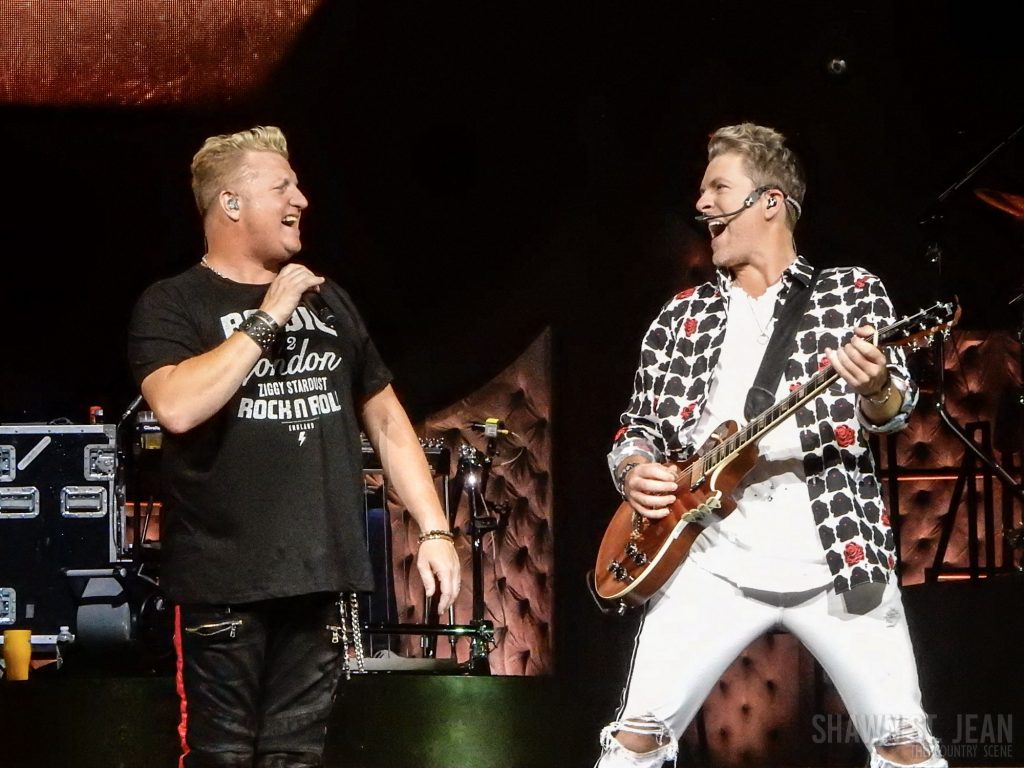 From their performance in Hartford and from the reaction of the capacity crowd, there’s no question why this trio is the best-selling country vocal group of the past decade.

With 17 career number one singles, you know any Rascal Flatts show is going to be a huge sing along of some of their greatest hits. The set list in Hartford was no disappointment, featuring crowd favorites such as What Hurts The Most, Bless The Broken Road, Fast Cars And Freedom and their most recent number one hit single, Yours If You Want It.

Midway through their set openers Dan + Shay and Carly Pearce came back out on stage to join the trio for a few songs including Hopin’ You Were Lookin’, The Middle and this one, Here’s To You:

Dan + Shay got the crowd all fired up for Rascal Flatts with their high energy set. The duo performed some of their biggest hits over the years including 19 You + Me and Nothin’ Like You. They also gave the audience a preview of some tracks off their upcoming self-titled album, set for release on June 22nd including All To Myself and Alone Together. 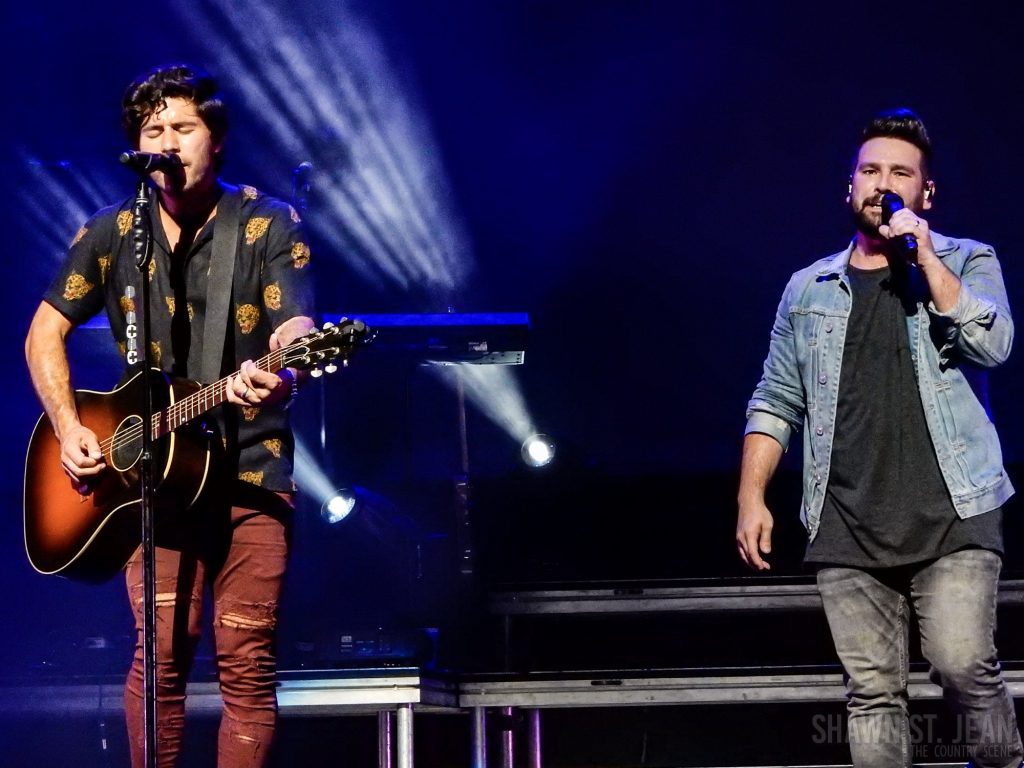 Prior to the show we had the opportunity to hang out with Dan + Shay on their tour bus. We chatted with the guys and they performed a couple songs for us including their latest single, Tequila – check it out:

Kicking the evening off was Kentucky-native Carly Pearce who gave an incredible performance with her breathtaking vocals. Pearce performed songs from her 2017 debut album, Every Little Thing, including her current single, Hide The Wine. Pearce recently won Breakthrough Video of the Year at the 2018 CMT Music Awards for her number one hit single, Every Little Thing. 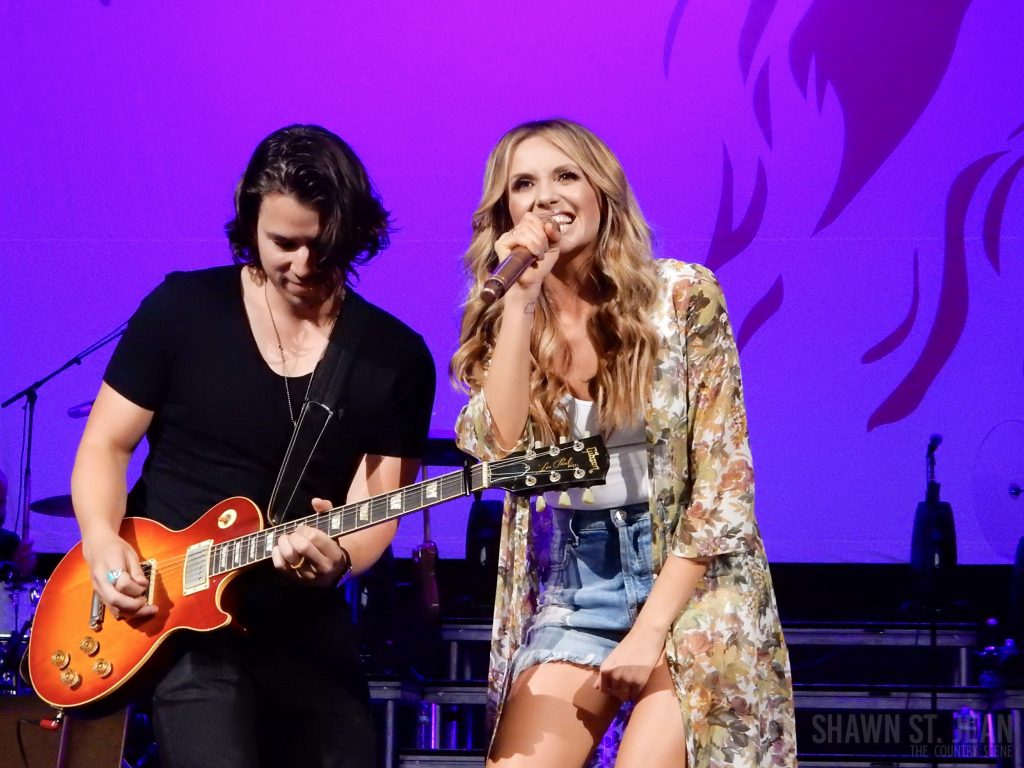 We also got to spend some time with Pearce backstage before the show. She gave us a stunning acoustic performance of her song Feel Somethin’:

Check out all of our exclusive photos from the show below:

The Back To Us Tour returns to the Tri State area with a stop at PNC Bank Arts Center on June 29th and Jones Beach on July 6th.