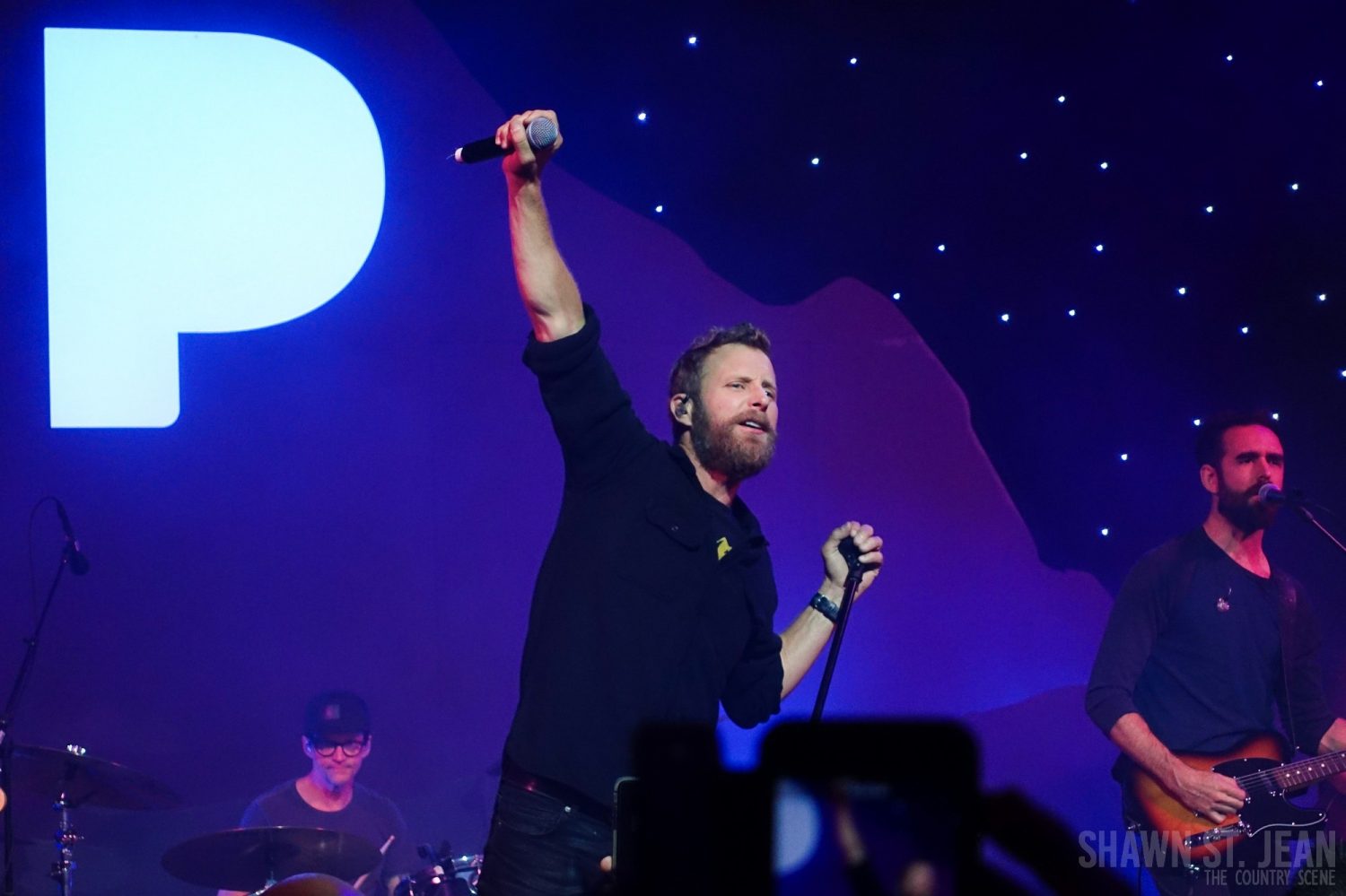 Dierks Bentley celebrated the release of The Mountain with Pandora listeners at New York's Capitale.

On June 13th Dierks Bentley was in New York City to celebrate the release of his ninth studio album, The Mountain. The event was an intimate experience hosted by Pandora and took place at the stunning Capitale on the Lower East Side. 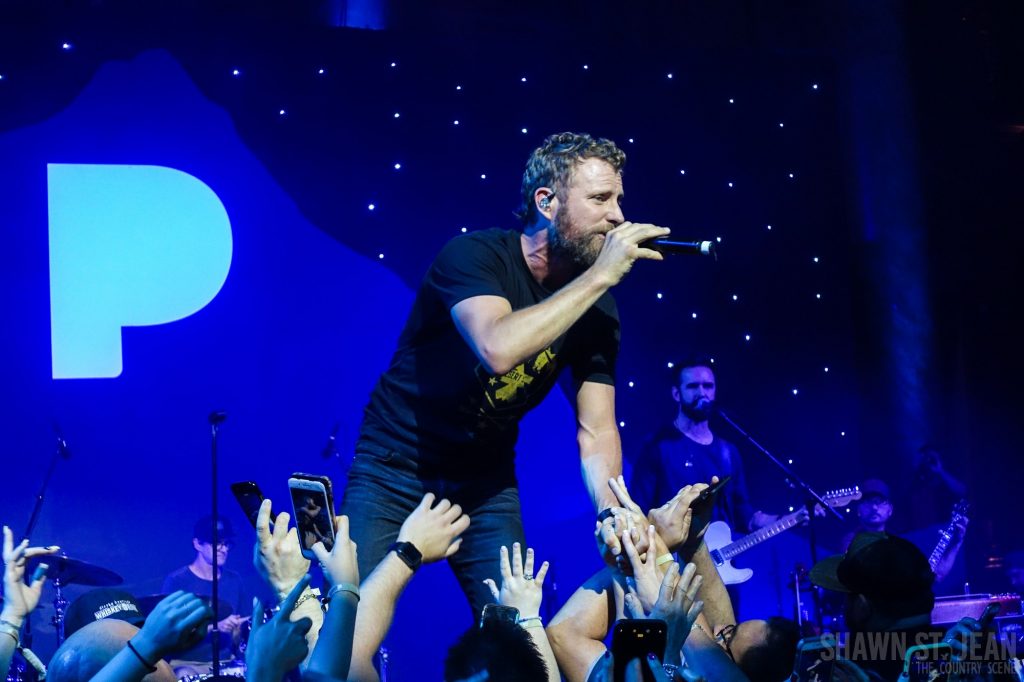 The Arizona native has countless nominations from the ACM, CMA and Billboard Music Awards and 13 GRAMMY nominations – including at least one from each of his last six albums.

This week The Mountain scored the number one position on Billboard’s Top Country Albums chart, marking Bentley’s seventh chart-topping number one album and the highest debut sales of his career.

Bentley’s hour long set included a number of songs off the new album such as Burning Man (which features Brothers Osborne), Woman, Amen (his 17th number one hit single), and this one, my personal favorite from The Mountain – Living:

Bentley co-wrote 10 of the 13 tracks on The Mountain, which was recorded at a studio in Telluride, Colorado. The town plays host to an annual bluegrass festival every summer which Bentley has attended multiple times and performed on its main stage in 2017.

Discussing why he chose to go back to Telluride for this album, Bentley said in a recent press release, “I found myself there, constantly reaching for my guitar. It was like a gravitational pull. That town and those people just make you want to be creative, I couldn’t describe it. I was like ‘How do I tell everyone in Nashville this is what I want to write about?’ I realized I couldn’t bring it back, so I had to take everyone out there.” 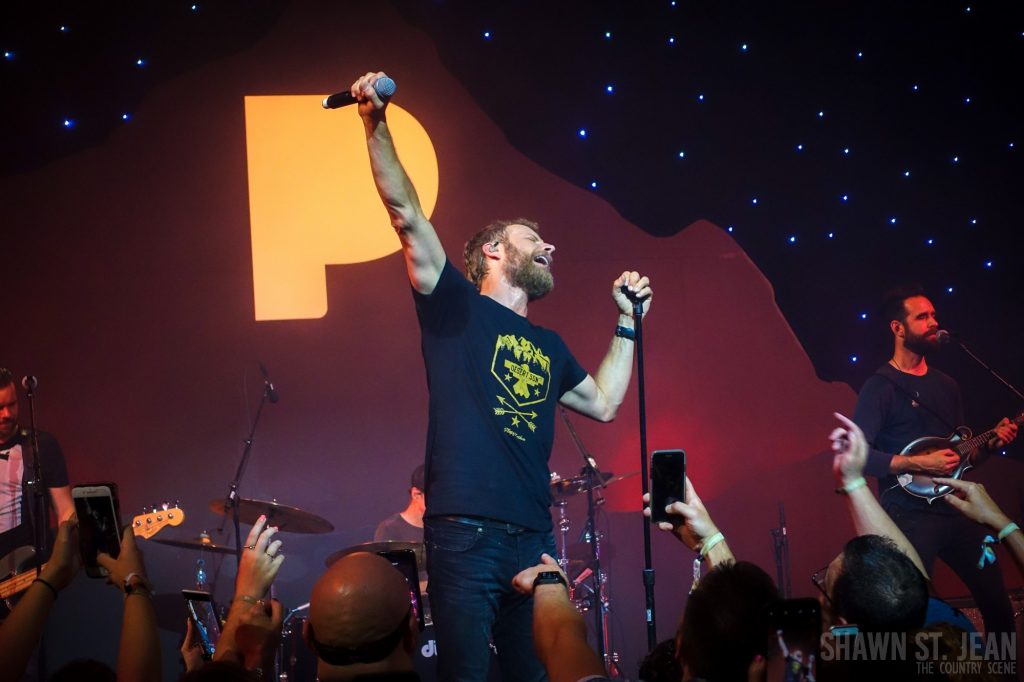 Of course no Dierks show would be complete without some of his biggest hits from the past fifteen years. And Bentley definitely didn’t disappoint, treating the NYC crowd to I Hold On, What Was I Thinking, Riser, Somewhere On A Beach, and Drunk On A Plane among others.

Near the end of the evening Pandora’s Beville Dunkerley and Rachel Whitney surprised Bentley with a coveted ‘Billionaire’ plaque as he had just surpassed three billion spins on Pandora.

Bentley will be back in NYC on Saturday, September 8th, when he brings his Mountain High Tour to Madison Square Garden along with Brothers Osborne and Lanco (click here for more details).

Check out our exclusive pics from the show in NYC:

Were you at the album release show in NYC or have you seen Dierks perform live elsewhere? Let us know what you thought of his performance in the comments section below!