Kip Moore brought Jon Pardi and Runaway June to NYC's Terminal 5 as part of the Me And My Kind Tour.

The moment Kip Moore stepped out on stage at New York’s Terminal 5, his shirt said it all: Omnific. Unlimited creative power. As he launched in to the first notes of Lipstick, he grabbed hold of the audience and didn’t let go.

Attending a Kip Moore concert isn’t a passive event. The audience as a whole is like another member of Moore’s band, and the energy that Moore and his fans feed off of each other is intense. Moore is a natural at giving everything he has in his performance. His passion for his work and his deep emotional connection with his fans creates an atmosphere that you just have to witness in person to fully appreciate. 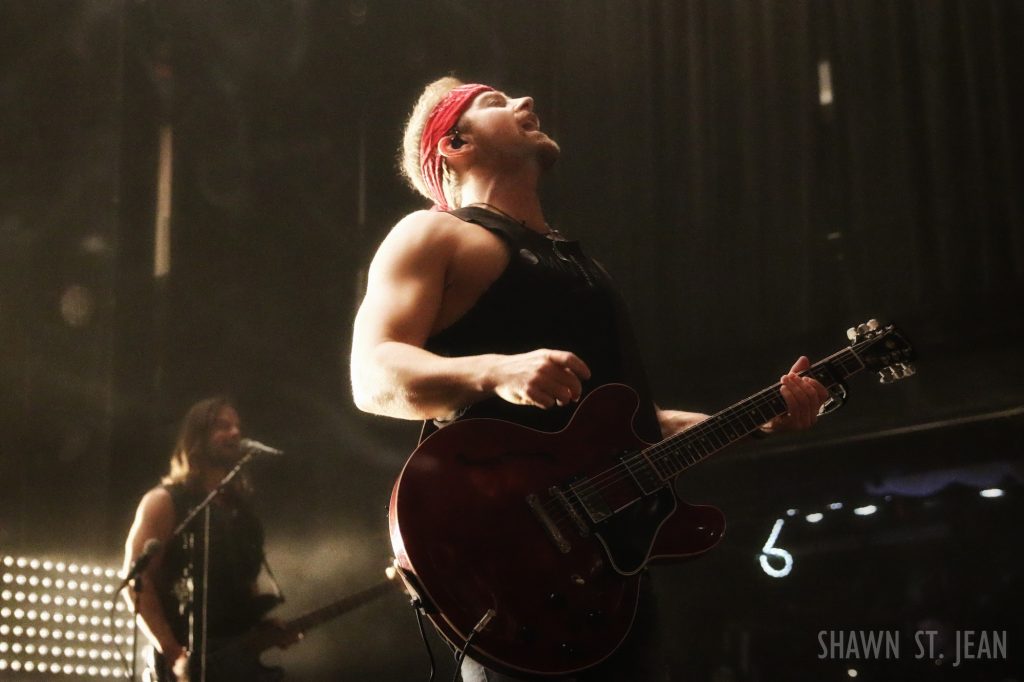 If you can manage to divert your gaze from Moore’s presence on stage and glance around at the audience, you’ll understand just how dedicated his fan base is. They’re singing every word right back to Moore. And not just his popular radio hits like Beer Money and Somethin’ ‘Bout a Truck. Hearing thousands of voices joining in on songs like Magic, Complicated, and Back Seat show just how much time they spend with Moore’s music.

In October Moore released a five song EP, Underground. This was Moore’s way of satisfying the demand of his fan base while they await the release of his next album, slated for the Spring of 2017. In a press release Moore said, “These songs are completely separate from the new record I’ve been making, I simply made this EP for the true fans.” 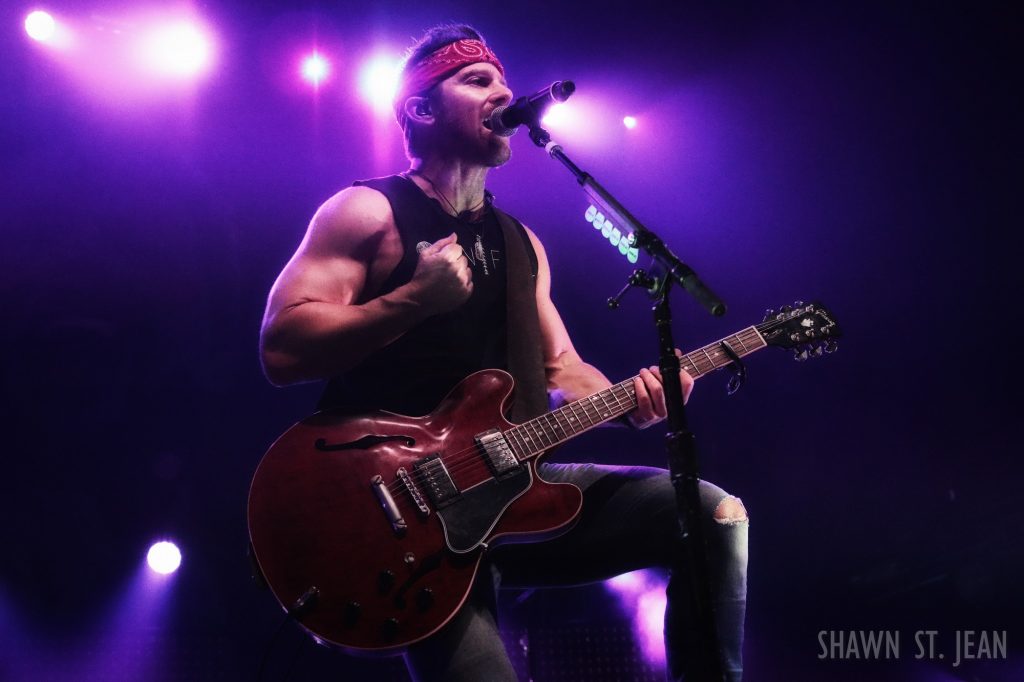 During his set at Terminal 5, Moore took a moment to let everyone know that he was going to get some well deserved rest. “I’m about to take my first break in about seven years as far as an actual break,” Moore said. “I’m gonna step away from music for about three or four months. So these are kinda my last memories that I have of the year.”

Moore also commented on what it means to him to be able to come back to NYC year after year. “We’ve been comin’ to New York City headlining for the last six years, we started out at the small Bowery Ballroom, and now we’re here,” he said. “And each year it gets bigger. What’s cool is, there’s so much stuff, a lot of political bullshit, a lot of stuff that you have to deal with behind the scenes. Regardless of where we are on the radio you guys continue to show up and come to the shows and that means the world to us. This is a real fan base and I’m so thankful to have y’all, so thank y’all for that so so much, we really appreciate it.” 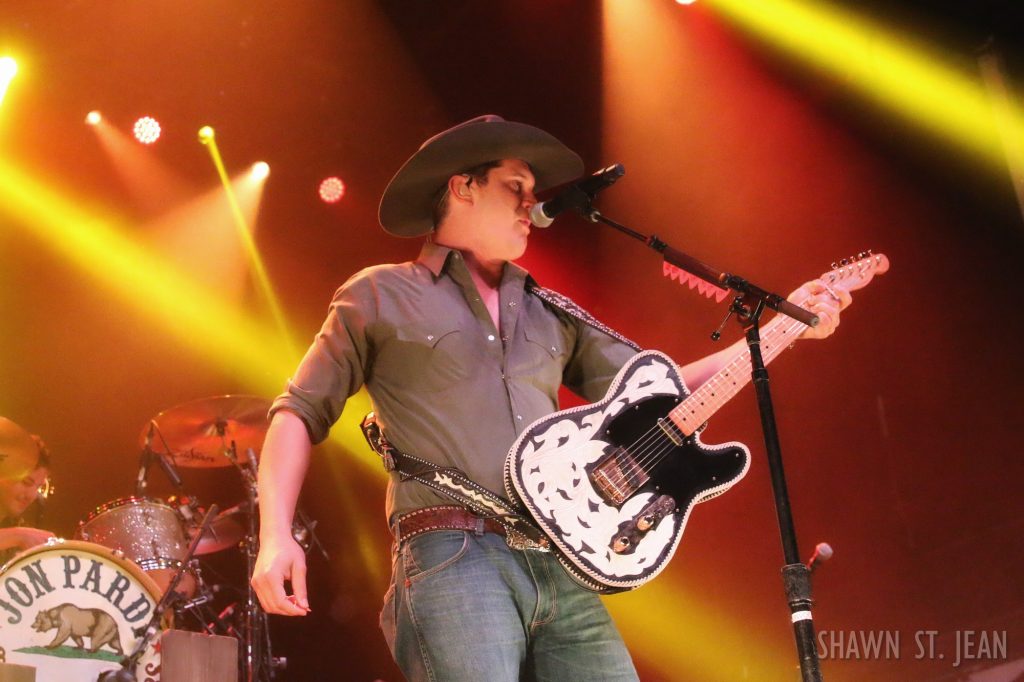 Opening for Moore on the Me and My Kind Tour was Jon Pardi. Having just finished his own headlining tour earlier this year, Pardi’s brings a more traditional sound and honky tonk style. Pardi had the NYC crowd all fired up when he played Head Over Boots, his first ever number one single, off his recently released album California Sunrise. 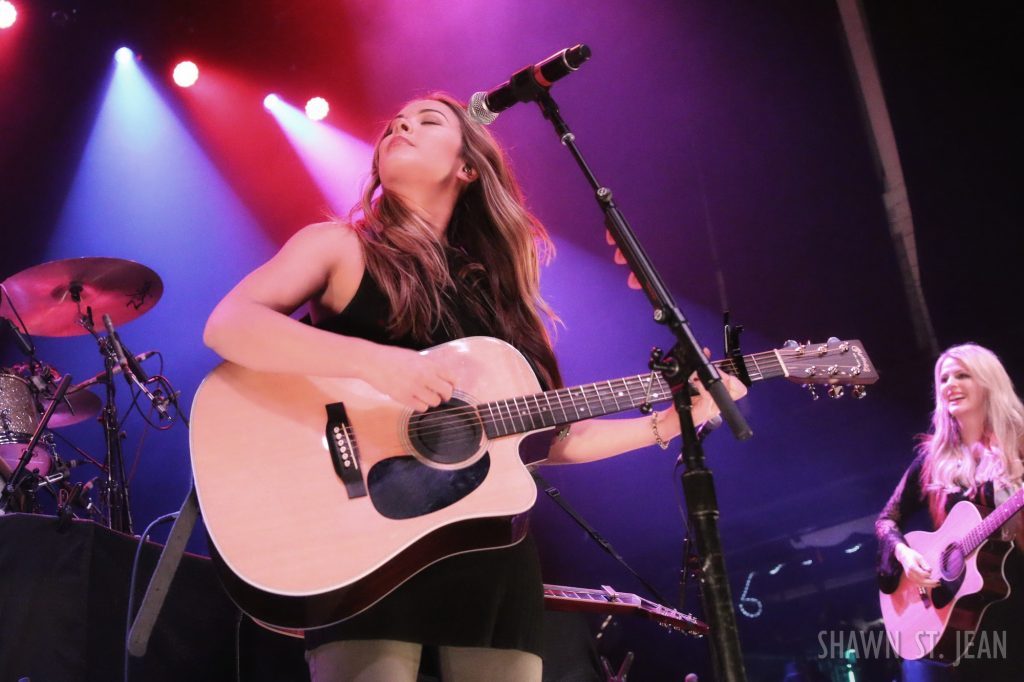 Runaway June opening for Kip Moore at Terminal 5 in NYC on December 1, 2016.

Runaway June kicked the evening off. The trio, made up of Naomi Cooke, Hannah Mulholland and Jennifer Wayne, is getting lots of radio play with their debut single Lipstick.

The Country Scene’s Shawn St. Jean with Kip Moore, Jon Pardi, and Runaway June at Terminal 5 in NYC on December 1, 2016. 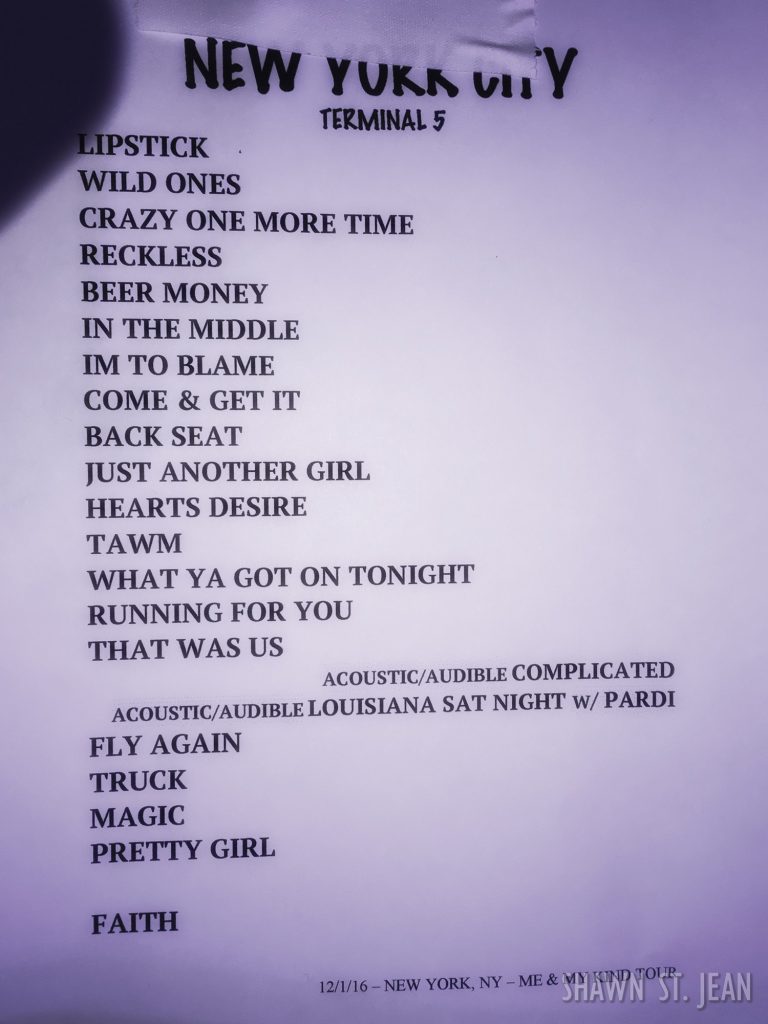 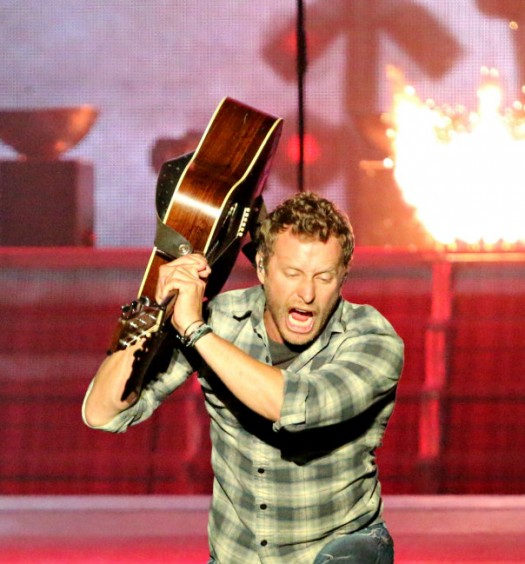