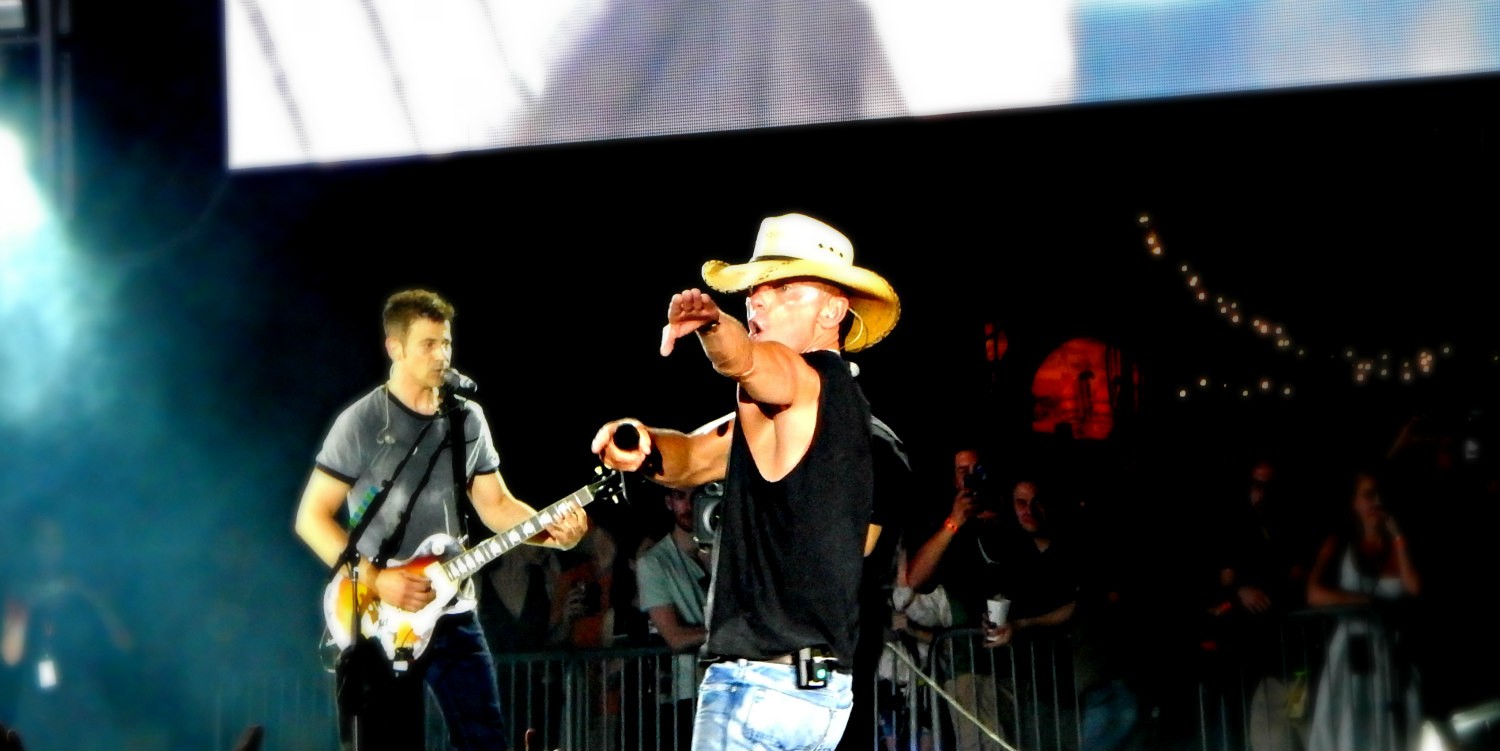 On August 15th Kenny Chesney’s Big Rivival Tour stopped at MetLife Stadium in East Rutherford NJ. With 58,642 in attendance, Chesney broke his own record as the highest selling country artist of all time in New Jersey. Though that shouldn’t come as a surprise to anyone who’s been following the Big Revival Tour this year as it’s been breaking records across the country. 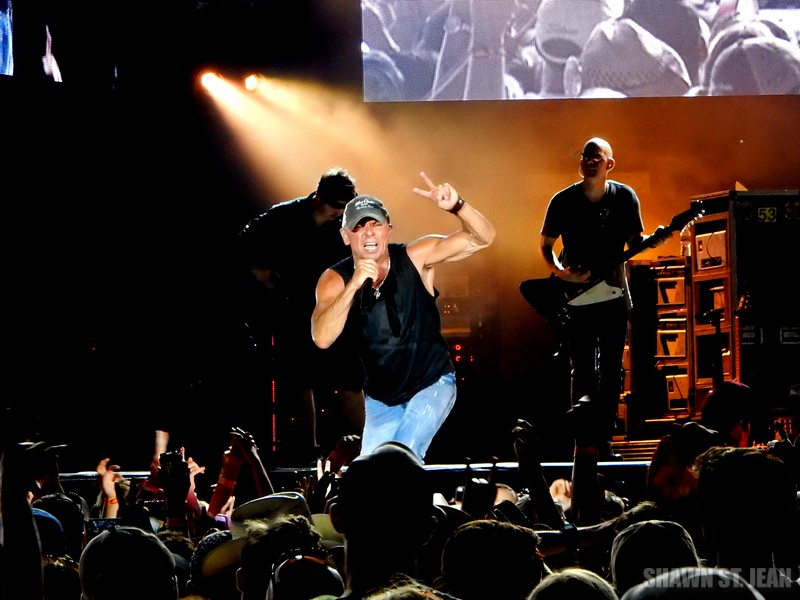 Chesney is definitely flying high with this tour, having grossed approximately $85 million, with more than 1 million people in attendance (second only to Taylor Swift’s current 1989 Tour according to Billboard). So it’s appropriate that he would fly on to the stage in a remote control chair that would whisk him above the heads of his No Shoes Nation.

Chesney’s packed set list did not disappoint, with a great mix of songs from his latest album (such as ‘American Kids,’ ‘Wild Child,’ and ‘Til It’s Gone’) as well as some of his biggest hits over the years (like ‘I Go Back,’ ‘Out Last Night,’ and ‘Summertime’). The energy that Chesney puts into his show is nothing short of amazing. The 47 year old from Knoxville Tennessee never slowed down during his 2+ hour performance.

For his encore, Chesney brought out Jason Aldean, and the crowd went wild for their performances of Chesney’s ‘She Thinks My Tractor’s Sexy’ as well as Aldean’s ‘The Only Way I Know.’ Their encore also included covers of John Mellencamp’s ‘Hurt So Good’ and Bryan Adams’ ‘Summer of ’69.’

In addition to the two headliners, the concert kicked off with Old Dominion, followed by Cole Swindell and Brantley Gilbert.

Cole Swindell led off with ‘Hey Y’all’ and also included his three consecutive number one hits – ‘Chillin It,’ ‘Hope You Get Lonely Tonight,’ and ‘Aint Worth The Whiskey.’ 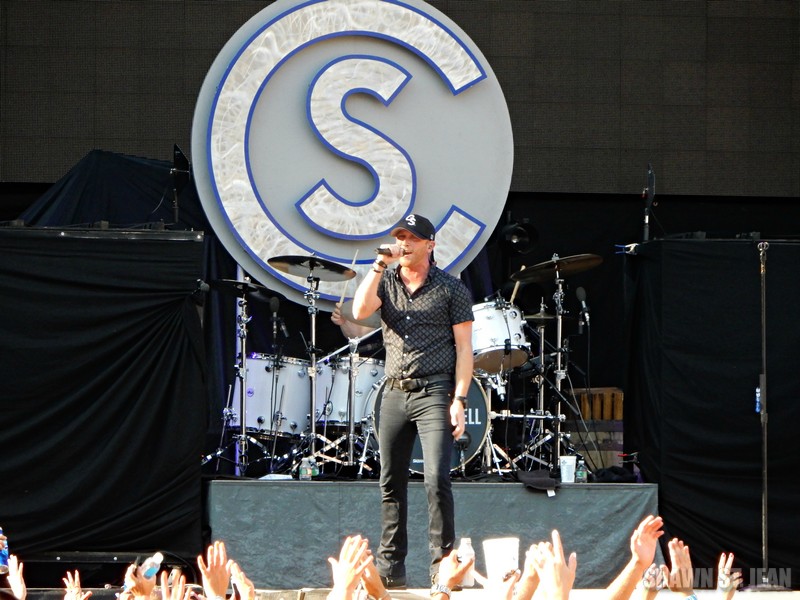 Old Dominion’s set included their 2014 single ‘Shut Me Up’ and their latest hit ‘Break Up With Him.’ 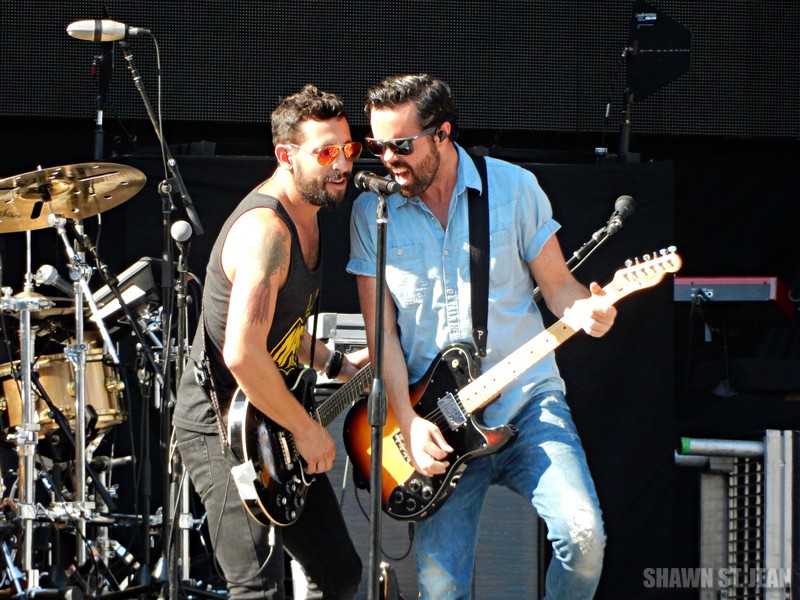 Here are video clips from the concert and a photo gallery of all of the artists:

The Big Revival Tour runs through August 29th. Click here for details on all of Chesney’s upcoming tour dates. 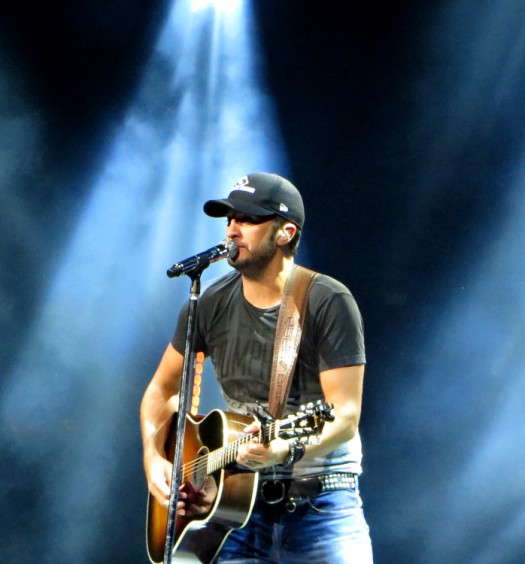