Keith Urban, Brett Eldredge and Maren Morris made the final stop on the 2016 ripCORD World Tour a memorable one for fans at Brooklyn’s Barclays Center.

There are few artists in country music that attack the stage with as much energy and enthusiasm as Keith Urban. It’s been nearly twenty years since the 49 year-old native Australian made his solo debut in the US. And with 21 number one hits, Urban has produced some of the most iconic songs in the genre over that time.

Urban’s set in Brooklyn was massive – two dozen songs, with a solid mix from his latest album, Ripcord, as well as lots of his prior hits. Tracks like Long Hot Summer, You Gonna Fly, and Days Go By had the Brooklyn crowd dancing and singing along. 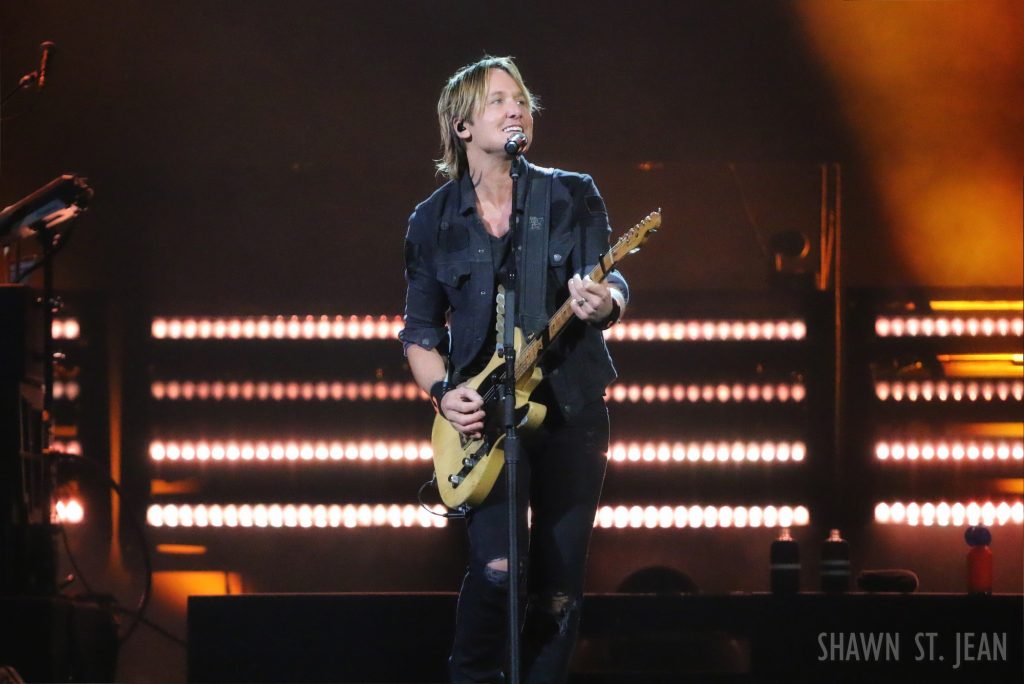 A large group of fans directly in front of the stage had Urban cracking a smile during John Cougar, John Deere, John 3:16, as they held up signs throughout the song to illustrate various lyrics (a picture of John Mellancamp, a John Deere tractor, etc.), and would rotate the signs in unison. There were lots of iPhones in the air to capture a clip of Urban performing his latest single, Blue Ain’t Your Color.

Opener Maren Morris joined Urban for a duet of We Were Us, while Brett Eldredge met Urban out on the B Stage at the other end of the arena to team up on Somebody Like You.

Urban ended his pre-encore set with Wasted Time, after which tons of confetti rained down on the audience. Urban came back out for a 3 song encore, two of which he performed solo with just an acoustic guitar – Stupid Boy and Making Memories Of Us. Urban’s last song of the night was Raise ‘Em Up, a duet he originally recorded with Eric Church and which was co-written by The Cadillac Three’s Jaren Johnston. 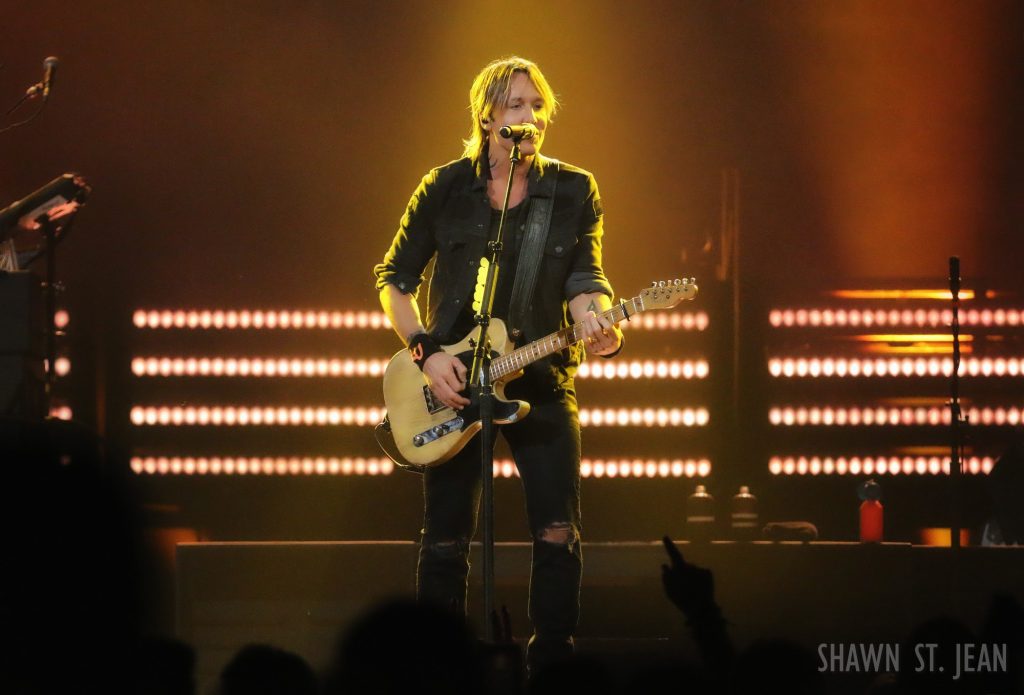 Even in a packed arena with nearly 20,000 people, you can’t help but feel a special connection with Urban when he’s performing. He’s made it a regular part of his routine to take some time mid-set to read the signs that people in the audience are holding up, which usually results in one lucky fan being called up on stage. That’s what happened to 18 year-old Caleigh DeCaprio in Brooklyn.

Caleigh first saw Urban in concert three years ago at Mohegan Sun. At that show he brought a young girl up on stage and sang to her after seeing the poster she had made. Witnessing that Caleigh realized just how much he cared about his fans and about making his concerts a really special, memorable experience. From that point she was determined to have Urban read her sign at a future show. She decided that if she ever had the chance, she would ask Urban to autograph her shoulder so she could later have it tattooed.

Saturday’s concert at Barclays Center marked the fifth time Caleigh saw Urban perform. Her family waited in line all day to ensure they got spots in the pit close to stage. They came armed with multiple attention-grabbing signs. Caleigh’s read “Keith, I need your help with my First Tattoo, just sign [down here],” while her family had multiple signs with light-up arrows pointing at Caleigh urging Keith to “Pick her.” 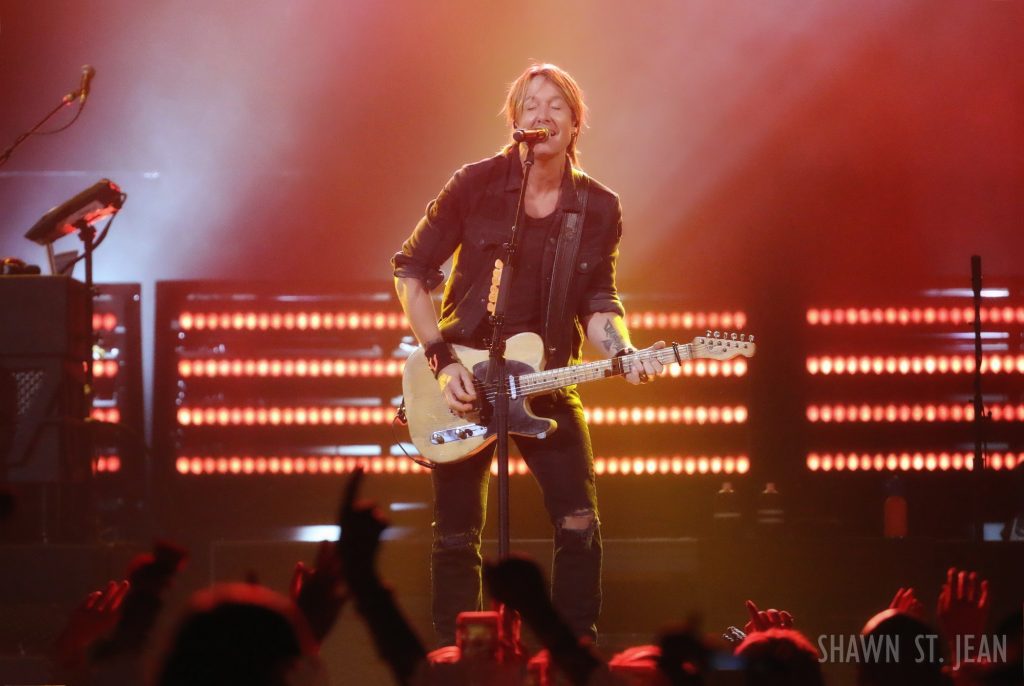 As Urban finished Where The Blacktop Ends, he set his guitar down and started reading signs. Caleigh knew this was it. She started screaming to get his attention. He stopped as his eyes reached Caleigh and her family and he said, “Well, it says pick her so I guess I gotta – come on up baby.” Caleigh thought to herself, “No way that actually worked. No way!” Urban spent time talking with Caleigh and, fulfilling her wish, signed his initials on her shoulder, and even added a heart which Caleigh said “made it 1,000x better!” The next day, true to her word, Caleigh had it tattooed.

“All the times I dreamed of it happening, I never imagined it being as great as it was,” said Caleigh. “He is just such a genuine and kind guy. It was the perfect experience and the perfect night. Saturday is forever going to be the best night of my life.”

After the concert Keith posted a special video message thanking everyone that went to the show. “We started in May and we got no sleep til Brooklyn,” he said. “Tonight was the perfect way to end, energy through the roof – it was like New Years Eve, everybody sang, everyone danced, everybody stood up, it was everything we could have hoped it could be tonight.” Check out our exclusive gallery of pics from Urban’s performance:


Before Urban took the stage, Brett Eldredge made the crowd in Brooklyn absolutely lose its mind. Eldredge last opened for Urban in 2014 on the Raise ‘Em Up tour. Eldredge’s 10-song set included his three number one hits, Mean To Me, Beat of the Music, and Don’t Ya, as well as his latest single, Wanna Be That Song. 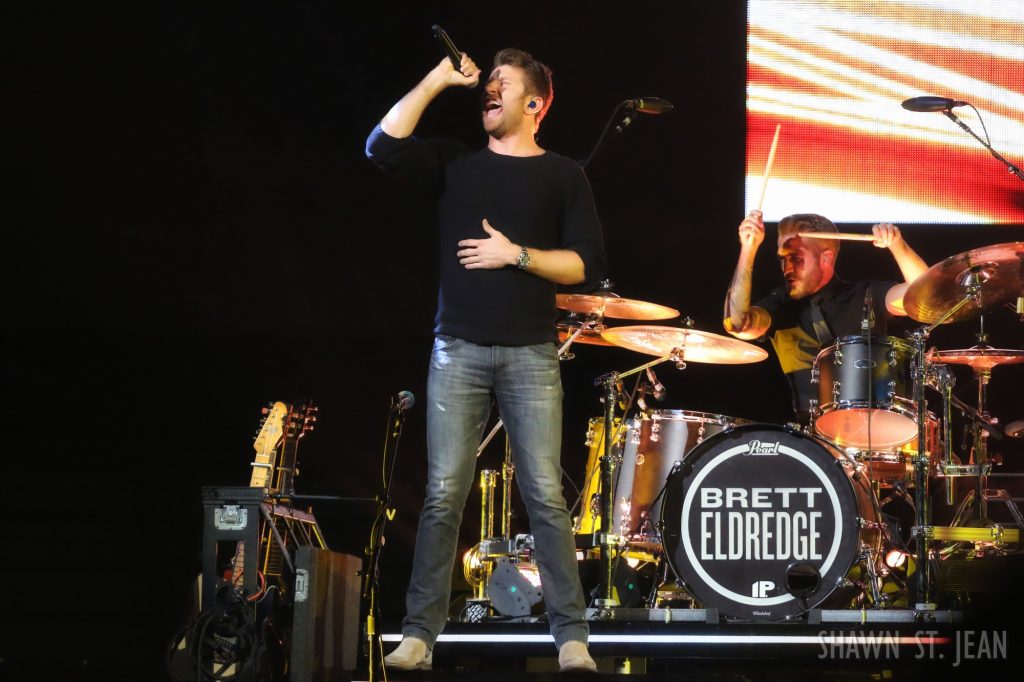 
Kicking off the show was 2016’s CMA New Artist of the Year, Maren Morris. Maren’s set included her hit singles 80s Mercedes and My Church. Morris will be launching her own headlining tour in early 2017. 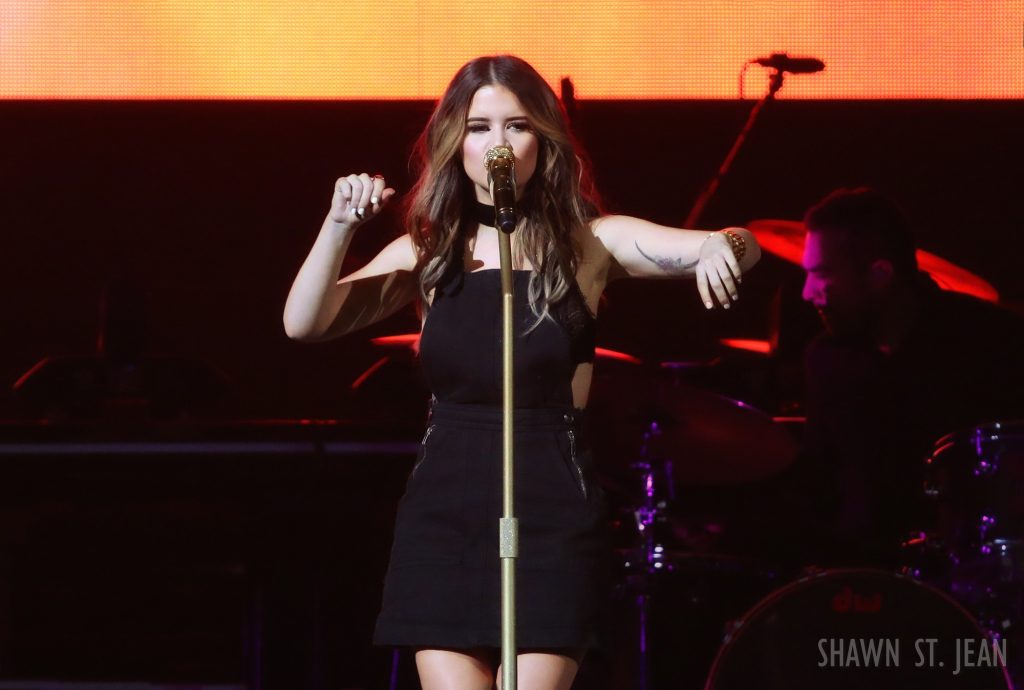 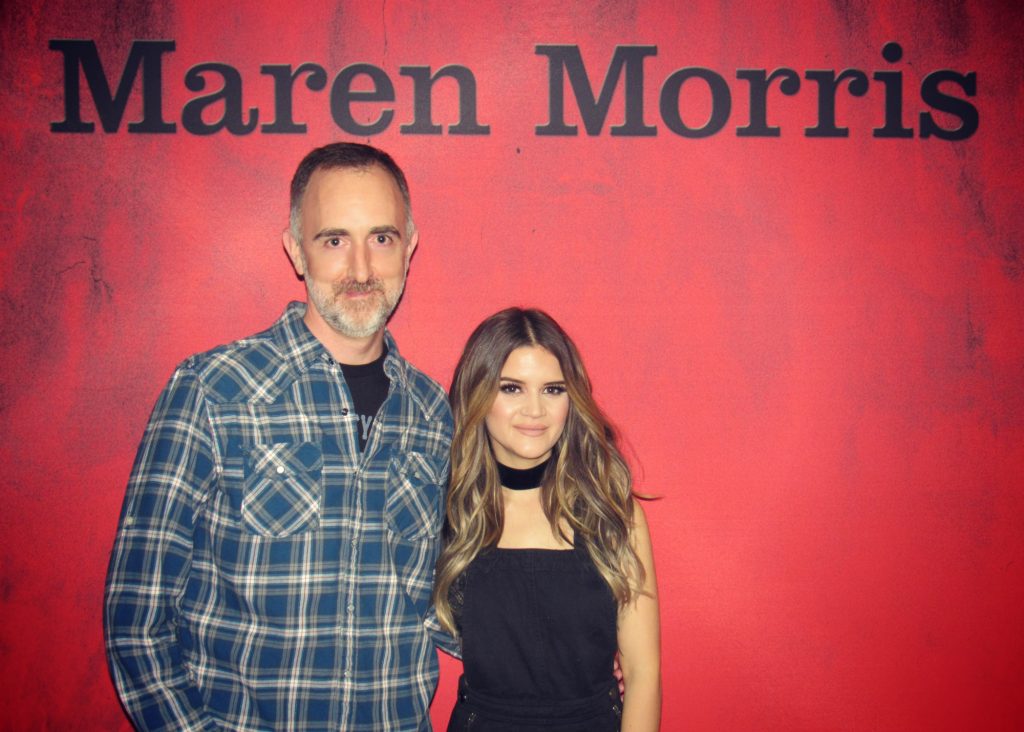 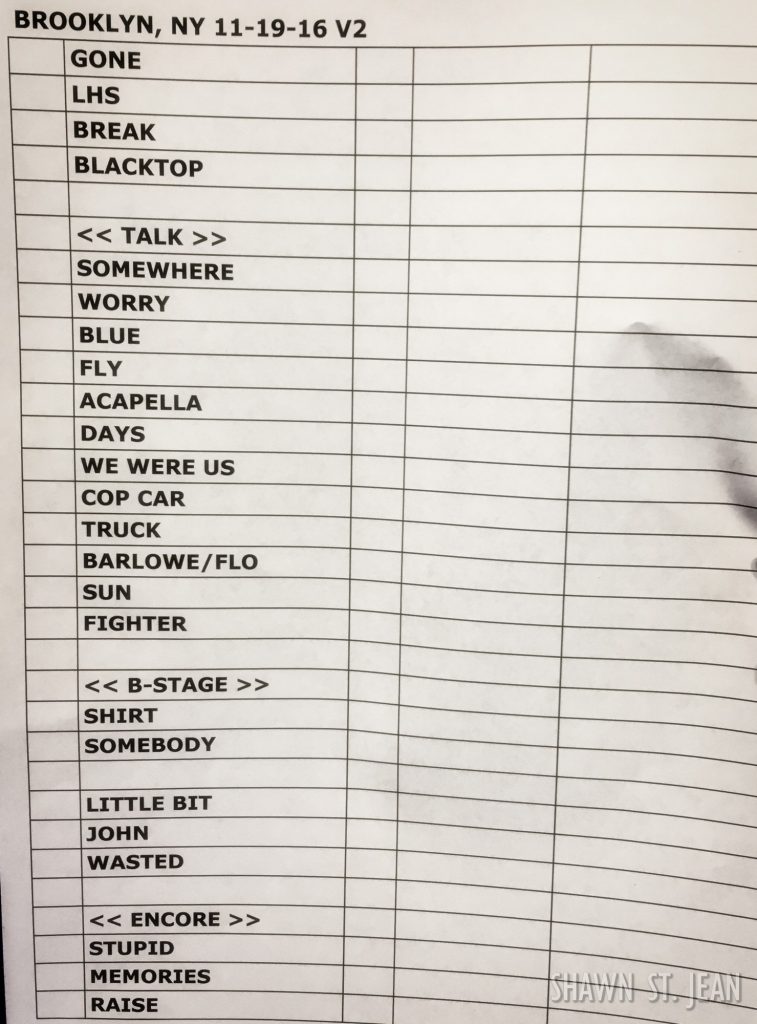 Setlist for Keith Urban at Brooklyn’s Barclays Center on November 19, 2016. 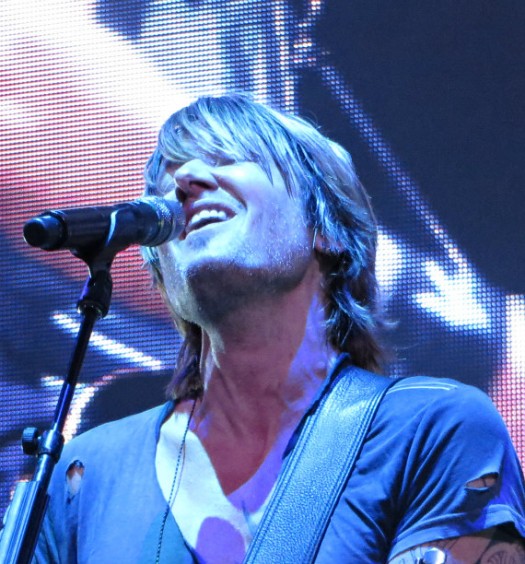 Christmas On The Country Scene: 2020