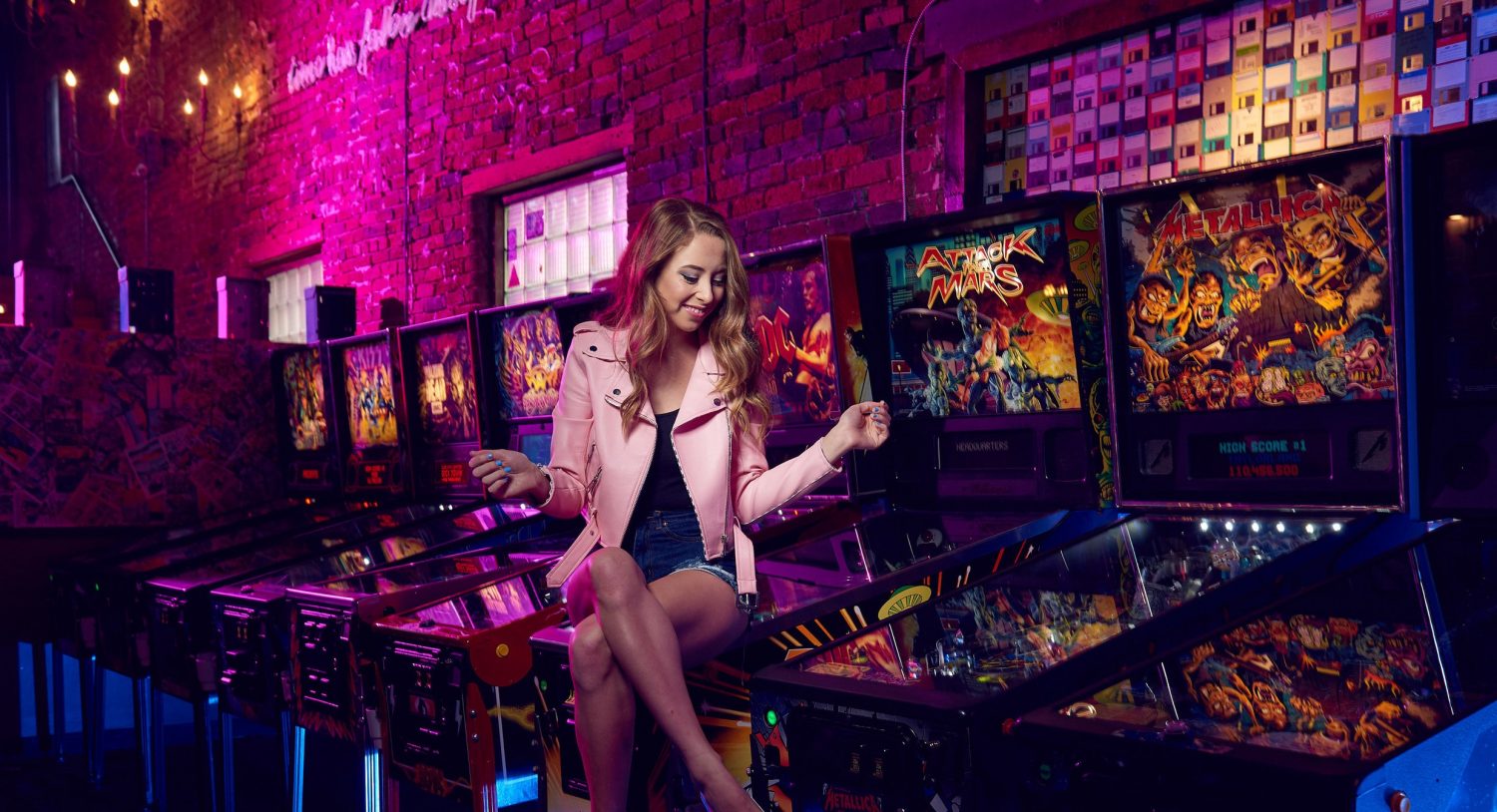 Taking A Stand: An Interview With Kalie Shorr

Before her recent show at NYC’s B.B. King Blues Club, we talked with Kalie Shorr about touring with Sara Evans, her latest EP, and the state of women in country music.

Blending and blurring the defined lines of pop, rock and country, Kalie Shorr is carving her own path as an independent artist. Her music, which has been described as ‘punk country,’ draws influences from growing up in Portland, Maine in the late 1990’s – 2000’s – everything from Nirvana to The Dixie Chicks, from Avril Lavigne to Shania Twain.

Her latest EP, Awake, was released on January 26th. With themes of empowerment and vulnerability, the seven song collection represents a lot of personal growth since her earlier releases.

Shorr’s life-changing break-out moment came with her 2016 hit single, Fight Like a Girl. “I’m so lucky because that is probably the most honest and ‘me’ song I’ve written,” she explained. Following it’s success, Shorr released The Y2K Mixtape, which became 2016’s second-best selling female debut in country music (second to Maren Morris). 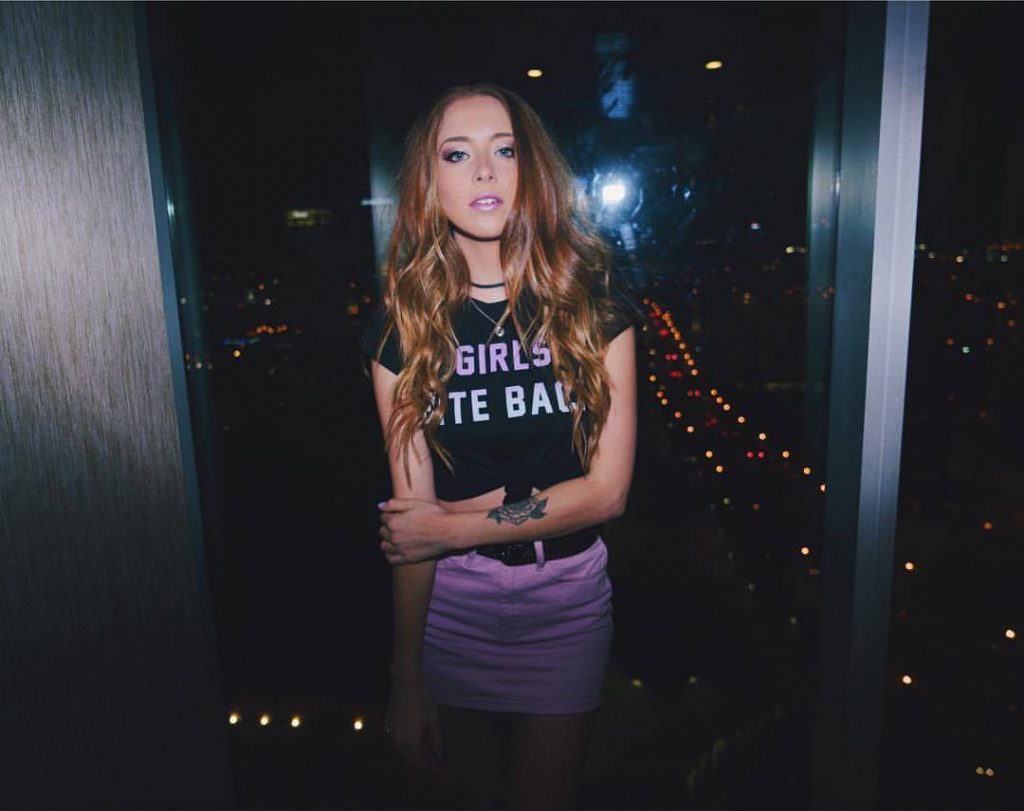 While Shorr is proud of the work she did on Y2K and it’s 2017 follow up EP, Slingshot, she recognizes that she was still in the process of trying to figure out who she was as an artist. “I feel like I was trying to play to radio, and playing to what I thought people wanted to hear, and that’s the worst thing you can do,” said Shorr.

“I’m lucky enough to get to tell my stories every night. There’s no better way to figure out who you are than to just tell that story.”

With Awake, Shorr has demonstrated real confidence in herself and in knowing the message she wants to deliver. And Fight Like A Girl played a big role in that self-education. “Talking about girl power and empowerment, talking about where I came from – with a single mother growing up pretty low income,” she explained. “I just started to share that story more and the response was amazing – people want to hear that.”

While watching the Golden Globes at Kim Paige’s house, Shorr was inspired by the strength of the women standing up to support the Time’s Up movement. “I’d been following it really closely and had been struck by how many women have gone through this,” she explained. “So many powerful women – women I’ve looked up to my entire life – made me realize no one is exempt from this.” The Tuesday following the Golden Globes, Shorr was with Lacy Green and the pair decided to take a shot at writing a tribute to the movement. “I wanted to do it right, I didn’t want to sound pandering or disingenuine” Shorr explained. Forty-five minutes later, Time’s Up was born.

The next day Shorr performed it for the Song Suffragettes, who immediately knew they had to do this. One day later twenty-three women were scheduled to record it. The track was mastered on Friday, and on Sunday they shot the video. Less than a week after they wrote it, the song was out. “That never happens,” said Shorr. “Ken Tucker is just a saint – he expedited the process on Apple Music and got it on these huge playlists. That’s what it takes. It takes people putting themselves on the line to support women.”

Though most of the focus is on female empowerment and women that have been victims of sexual misconduct, Shorr wants people to remember that men are impacted too. In one of the most high profile cases in Nashville, former country singer Austin Rick accused famed public relations executive Kirt Webster of sexual abuse. Rick contacted Shorr about Time’s Up and thanked her for using her voice to do this. “Hearing Austin reach out and say thank you, I was like, this is for you too,” said Shorr. 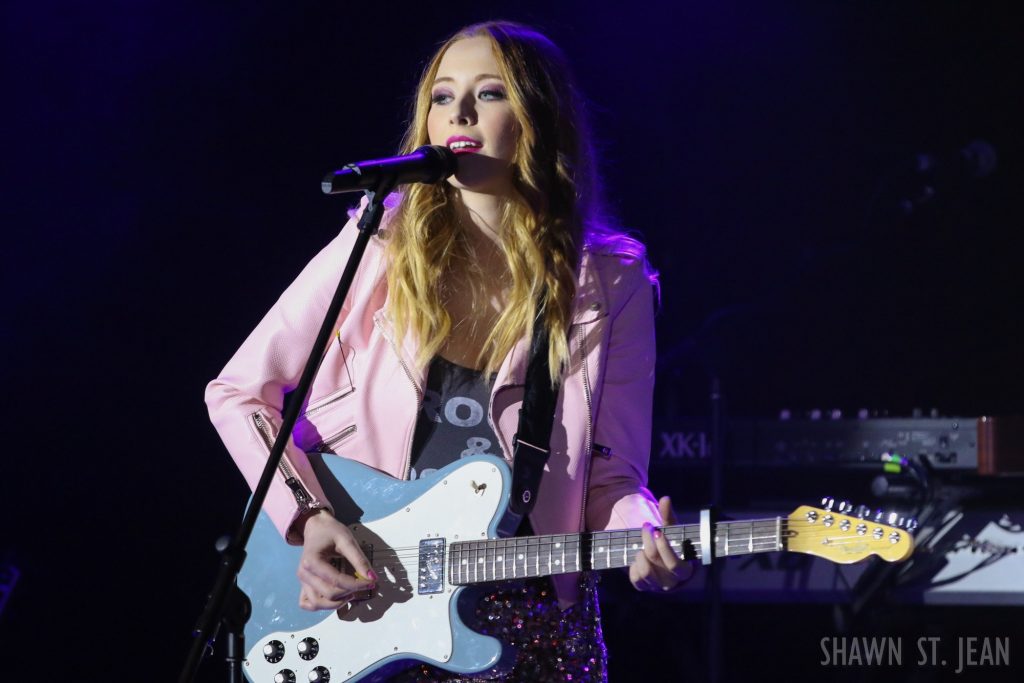 CMT Next Women of Country Tour

Getting to tour with Sara Evans as part of this year’s CMT Next Women of Country Tour has been a dream come true for Shorr. Kalie’s sister recently reminded her of a time when she was ten and her sister had tickets to see Evans. Instead of taking Kalie, her sister chose to bring her boyfriend. It was a few days before Kalie would so much as talk to her sister after that. So with a tour stop in New Hampshire that her sister would be attending, the question came up whether she’d be able to meet Evans. Kalie’s response? “I don’t know…we’ll have to see if we have any extra passes,” she said laughing.

Not only was this Shorr’s first major tour, this was also her first show in New York City. It was a bit of a full circle moment for the Portland, Maine native whose first ever concert was at New York’s Madison Square Garden where she saw The Dixie Chicks with Michelle Branch. “I still have the same Fly poster in my living room now in Nashville that I had in my bedroom when I was seven,” said Shorr. 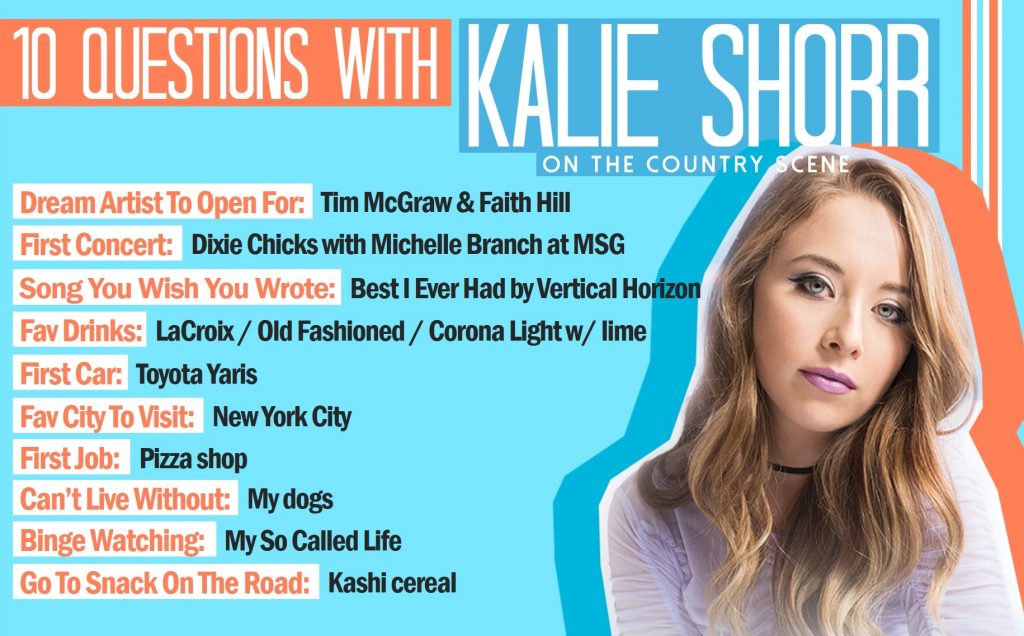 With its central message of girl power and equality, CMT’s Next Women of Country program is close to Shorr’s heart. While ‘Tomatogate’ brought a lot of attention to the lack of women represented on country radio, the problem doesn’t seem to have gotten any better. A look at the current Billboard Country AirPlay chart shows there’s just one solo female country artist in the top thirty. And out of the fifty tracks on Spotify’s Hot Country playlist – the most popular in the genre with 4.5 million followers – there are just three by women.

So what’s going to drive real change in the industry? “Powerful people and powerful publications and outlets taking a stand to help get us out there,” explained Shorr. “CMT took the initiative and are making the music industry a better climate for us.” 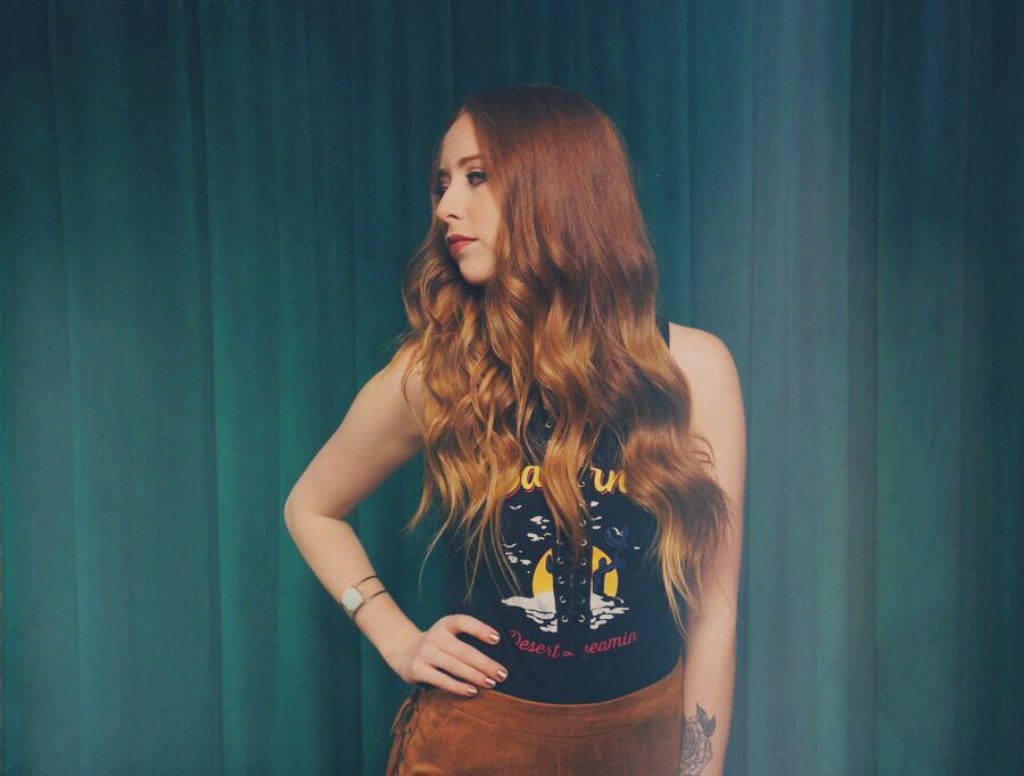 Shorr returns to the area with a few headlining shows next month: April 26th at the Mohegan Sun Wolf Den in Uncasville, CT, April 27th at the Palace Theatre in Stamford, CT, and April 28th at Opry City Stage in Times Square.

Check out our exclusive photos from Shorr’s performance in NYC: 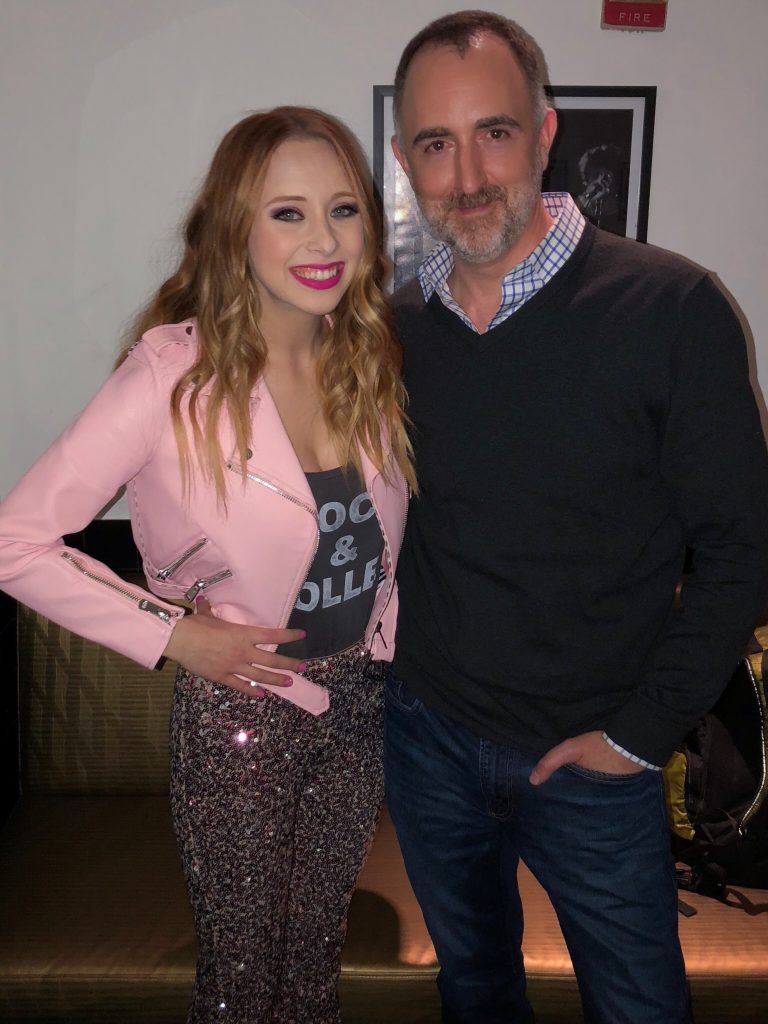 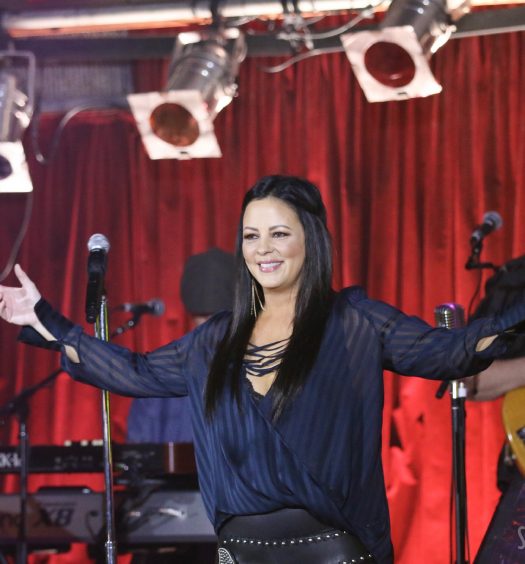 Sara Evans Brings All The Love To New York City 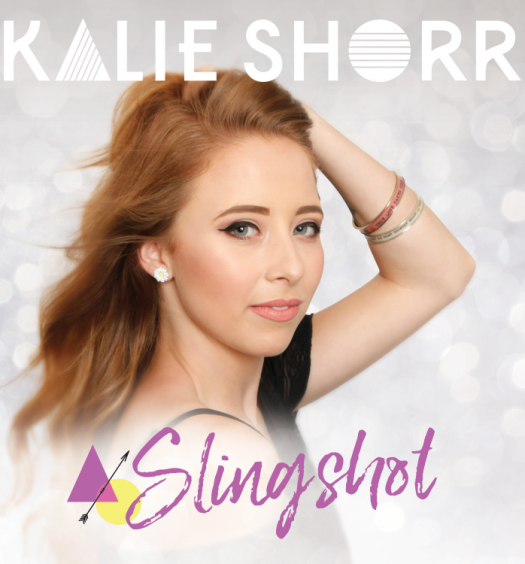