Hunter Hayes has always been one of my favorite artists and I joke that he is the one who lead me down the deep dark path of “Country Music.” Sometime during 2012, I heard Wanted and later found myself listening to more of his music. Before I knew it, I was a fan. Hunter has had the opportunity to headline his own shows, but has also been able to open for several other artists. His slot as “opener” has led me to Carrie Underwood and Lady A just to name a couple. Now, here I am, 5 years later, still a massive Hunter fan, but also a fan of the genre he introduced me to. 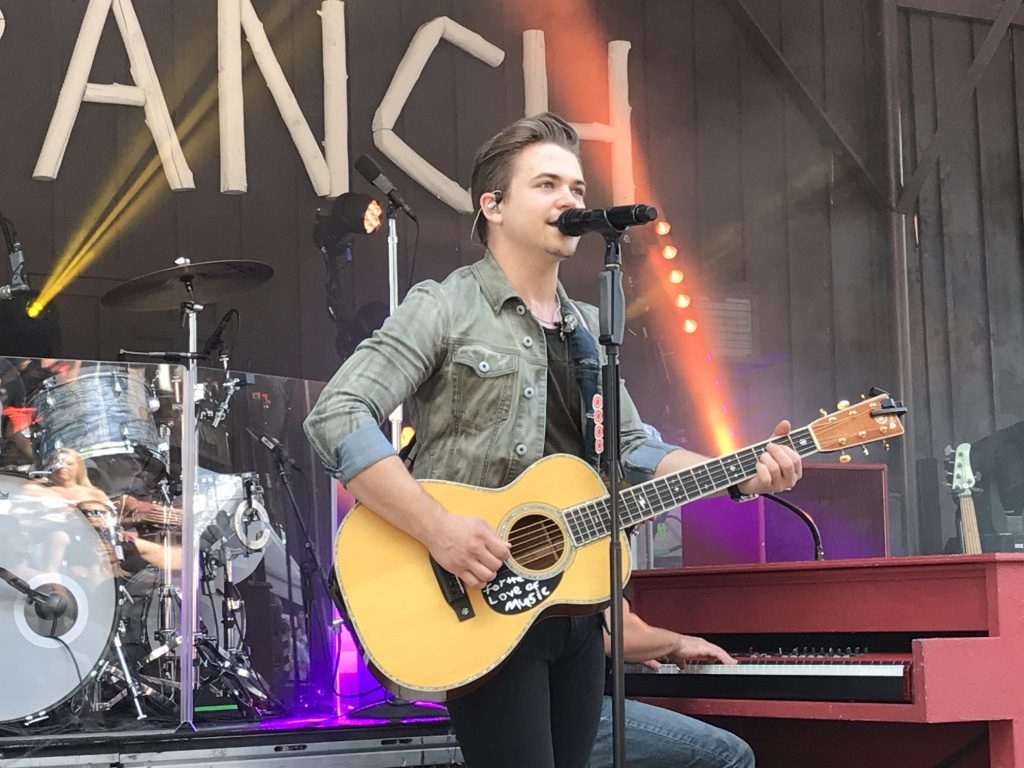 It was 83 degrees, sunny, with a refreshing breeze coming off the lake that bordered the stage, perfect weather for an outdoor concert. Shortly after 3 PM, Hunter Hayes took the stage and over the next hour and a half, he delivered his 16 song set with old favorites as well as some newer releases.

Hunter kicked off his set with I Want Crazy, a fan favorite, from his 2013 Encore edition of his self titled album. From there, he transitioned into Storm Warning, his first single off of his self titled debut album from 2011. Hunter continued, playing Tattoo and Invisible, both singles off his second album Storyline (2014).

Halfway through the show, Hunter explained that he and his band were going to switch it up, playing a favorite from Storyline according to Spotify numbers, with an “acoustic vibe”. A stripped down version of Still Fallin featured Hayes on his “For The Love Of Music” acoustic guitar and Matt Utterback trading his bass guitar for the piano. Band members Andy Sheridan (electric guitar & band leader) and Jared Kneale (drums) also joined in. 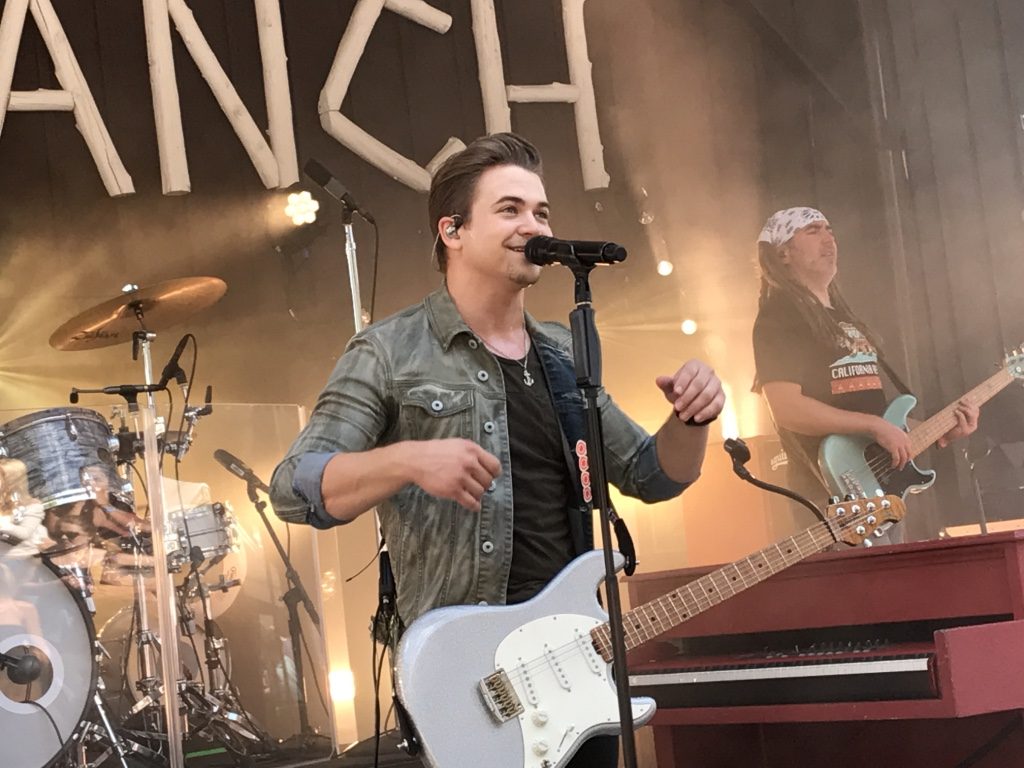 Next, Hunter went on to play Rescue, his most recent release. Since it’s June 29 debut, it is on its way to 6 million streams on Spotify. Hunter thanked the crowd for listening and going along with his non-traditional method of releasing new music. Last September, Hunter released three songs via SoundCloud, which were later available to download and stream as part of his goal to release music as it is written and produced instead of waiting to release albums every few years. Those three songs, Young Blood, Amen, and Yesterday’s Song all made it into his set.

Other highlights included Hunter playing a new song that he had only performed for the first time the night before called Someone Will. He explained to the crowd that it was written a few weeks ago with Jordan Schmidt and Colbie Caillat. Hunter also got the crowd on their feet covering Justin Timberlake’s Can’t Stop the Feeling. 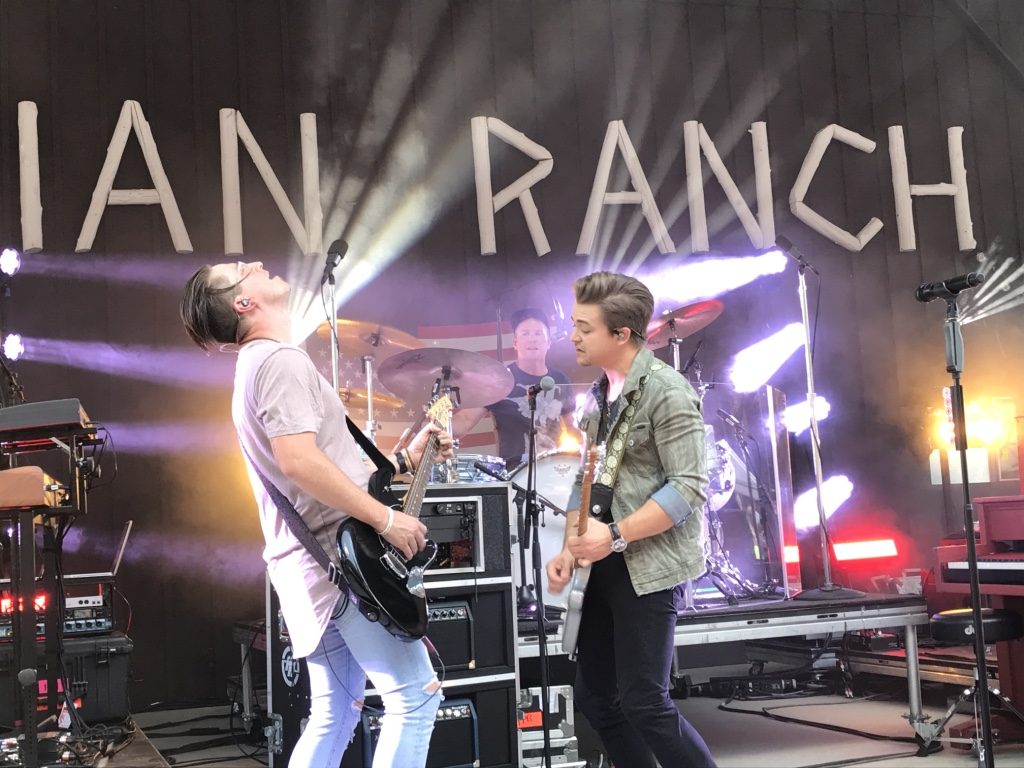 A Hunter Hayes show wouldn’t be complete without singing Wanted. Hunter rounded out his set with the song that put him on the map. As the crowd sang the chorus back to him, Hunter stood on the stage taking it all in, a smile from ear to ear.

Levi Hummon , who had been on tour with Hunter all weekend, opened the show, performing a 10 song set, including Love You Hate You Miss You, Chain Reaction, and Don’t Waste The Night.

Were you at the show at Indian Ranch or have you seen Hunter perform live elsewhere? Let us know what you thought of the performance in the comments section below! 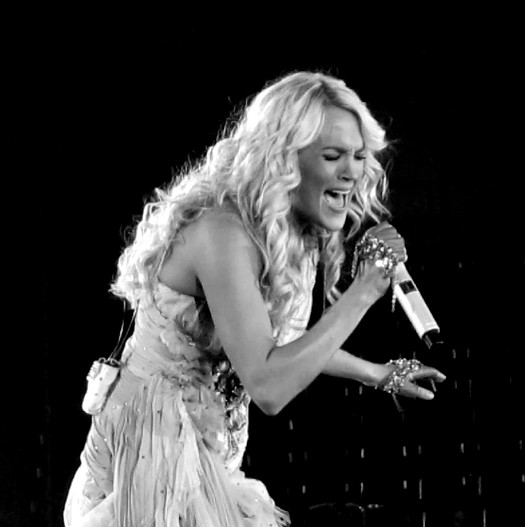 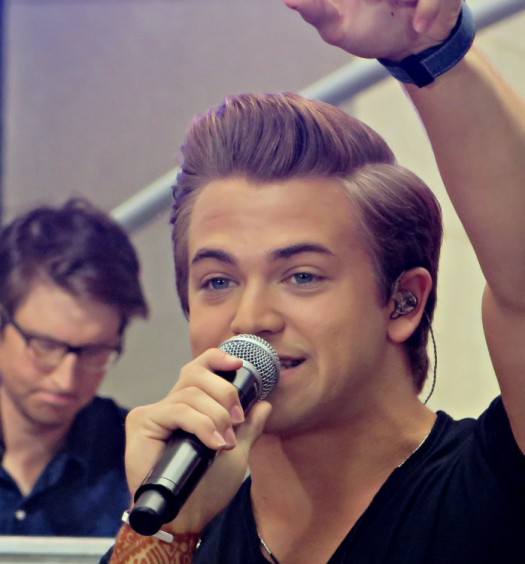