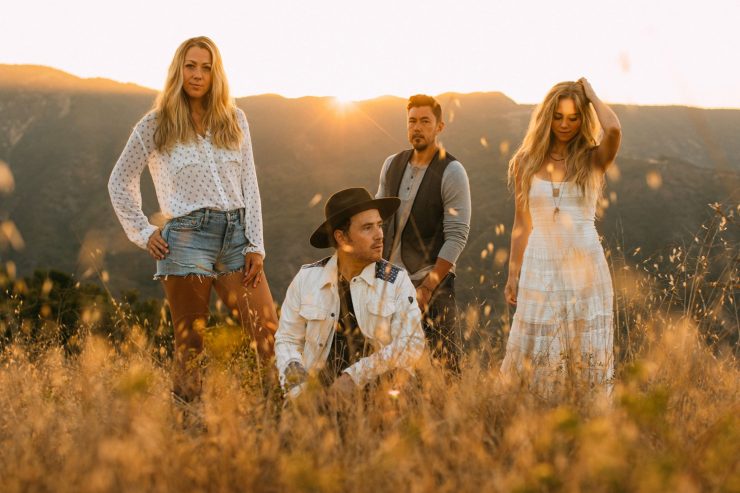 Interview with Gone West: Finding Harmony in Life and Music

During their recent tour stop in Connecticut I spoke with Gone West about working with some of their heroes, finding a home at Triple Tigers and their debut single on country radio.

With lush harmonies and relatable lyrics that feel just as at home on a beach in Malibu as they do on the banks of the Chattahoochee, Gone West is blazing its own trail away from the crowd on Music Row.

With fourteen years of friendship behind them, forming the band seems like a natural evolution for the quartet. All have had successful careers in the music industry: multiple Grammy award winner Colbie Caillat, her fiancée and Hawaiian Music Award winner Justin Kawika Young, ACM award nominee Nelly Joy and her husband Jason Reeves, an ASCAP award winner and long-time co-writer with Colbie. 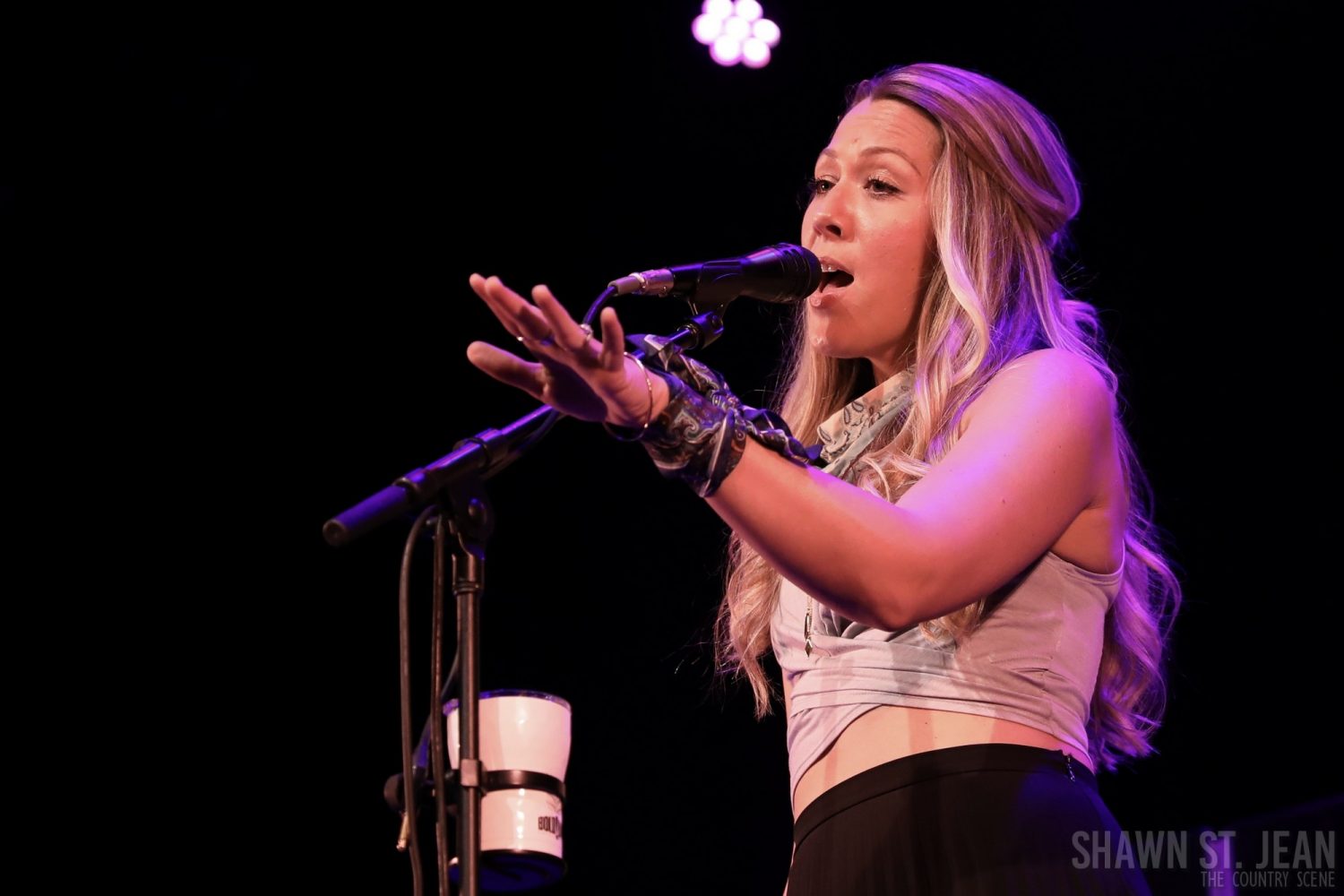 The band released an EP, Tides, back in January and has an album on the way. Their debut single, What Could’ve Been, is now on country radio.

Doing What You Love With The People You Love

It’s so special, and frankly so rare, to see people pursue their passion alongside their partners in life. And that isn’t lost on the four of them. “That’s really why we chose to do it,” said Colbie as we sat in their tour bus outside the Ridgefield Playhouse. “We’ve all been working together and friends for fourteen years so that’s how it naturally fell into place.”

When Nelly and Jason were first dating she was in a different band, the JaneDear Girls. Finding time to be together was difficult among the chaos of separate touring schedules. “I am ecstatic because this is just a much better situation, not having to leave your person behind, getting to take them everywhere you go,” said Nelly.

At the same time, working with your best friends and significant others could make it difficult to find a healthy work-life balance. Particularly during this time with their radio tour, their own tour and all while finishing up their album.

“It’s hard,” said Colbie. “But we do find time, like when we’re done with radio or we’re done with the show we go to a bar together and we get a couple drinks and we hang out and we don’t talk about work, and those little things remind us, oh there’s also fun, it’s not just work only. We’re trying to sprinkle more in than we’ve been getting.”

Writing Songs With Liz and Tom

Despite all the success these four experienced during their careers, and all the relationships they’d formed along the way, a lot of people were turning them down for writes. “It seemed like people just didn’t want to waste their time on a new band,” said Colbie.

But there were two writers in particular that have been staunch supporters of the band. And they also happen to be two of the biggest names in the songwriting community: Liz Rose (Teardrops on My Guitar, Girl Crush) and Tom Douglas (I Run To You, The House That Built Me). 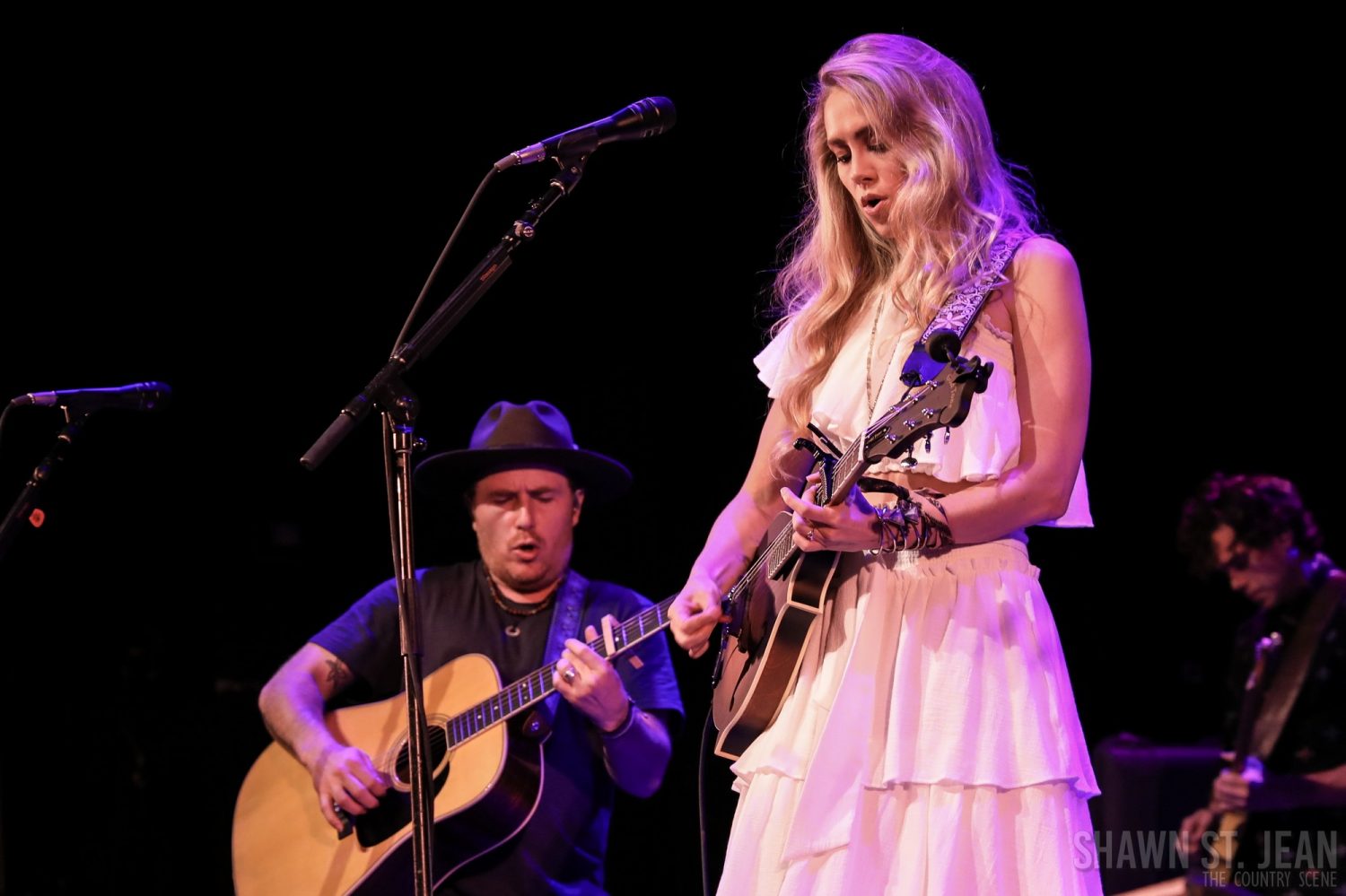 “Tom and Liz were both magical combinations where immediately we knew they were going to be really important to our songwriting process,” said Nelly. “Liz is my hero on a human level too, on a female, music business level – the way she operates and tries to give young up and comers a shot too.”

Liz teamed up with them on Home Is Where The Heartbreak Is, while Tom co-wrote This Time.

Justin added, “And two writers that we probably respect more than anyone in Nashville, the fact that they were excited about it and encouraging, really helped us propel forward even if not everyone was jumping at the first opportunity to work with us.” 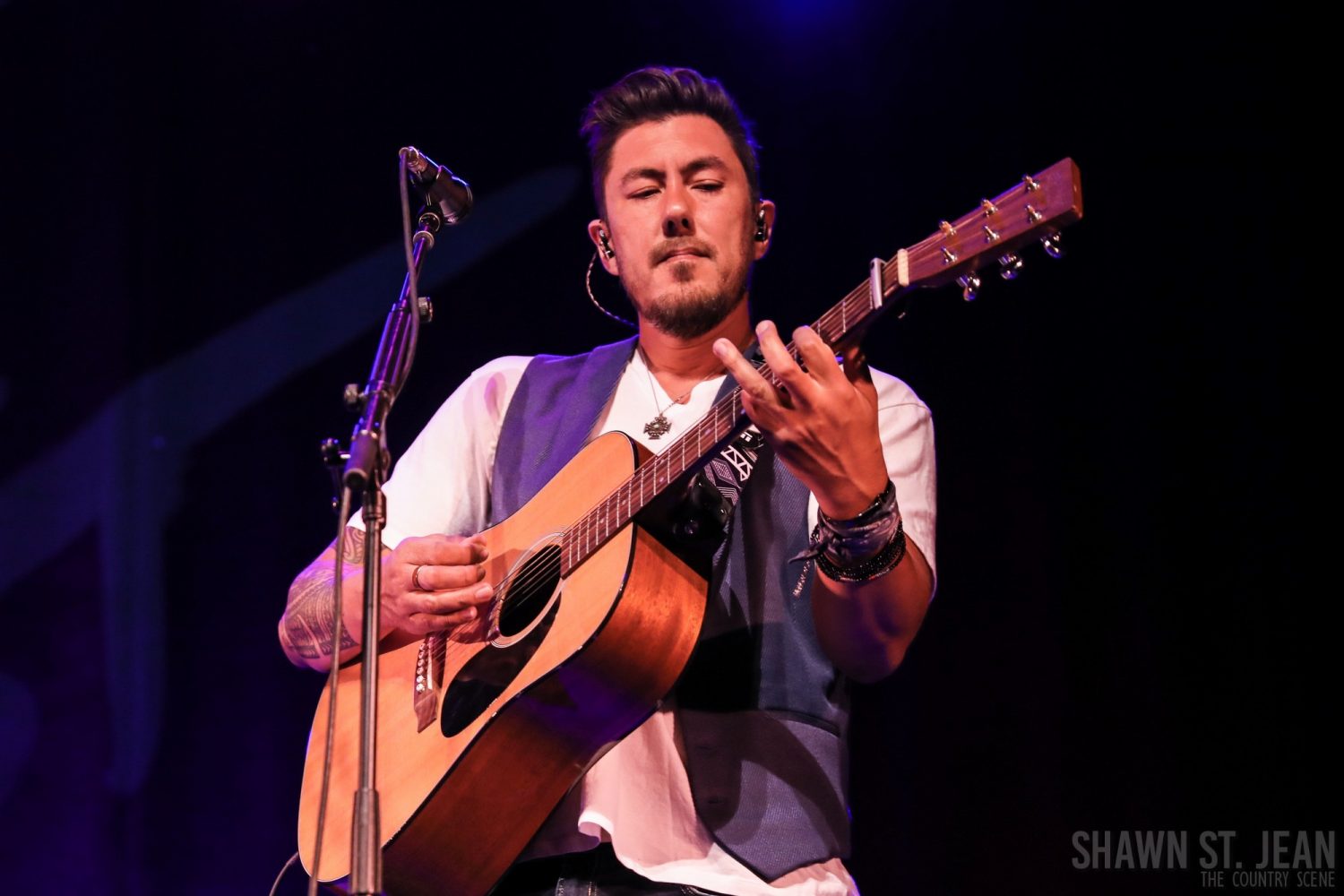 “I think some of those folks that turned you down to write are going to look back and regret that decision,” I replied.

“I won’t forget them by the way – I have an excellent memory,” Nelly said as everyone laughed.

“He’s nicer than I am,” said Nelly, again, making everyone burst out laughing. It was at this point in the conversation that I realized not only are all four of them incredibly talented, but they’re a blast to hang out with.

Gone West recently sent their debut single, What Could’ve Been, to country radio. The song is a ballad about heartbreak – a couple looking back on their failed relationship and wondering what if they’d done things differently. The group was originally planning on using their song Gone West as their first single, but the reaction they got whenever they performed What Could’ve Been live was so overwhelming that they all realized they needed to make a change.

“People would either cry or they had chills or they already were singing the words,” said Colbie. “The reaction was crazy. And it was across the board, with our audience, with us, with our label, management, our whole team. It was a no brainer for us.” 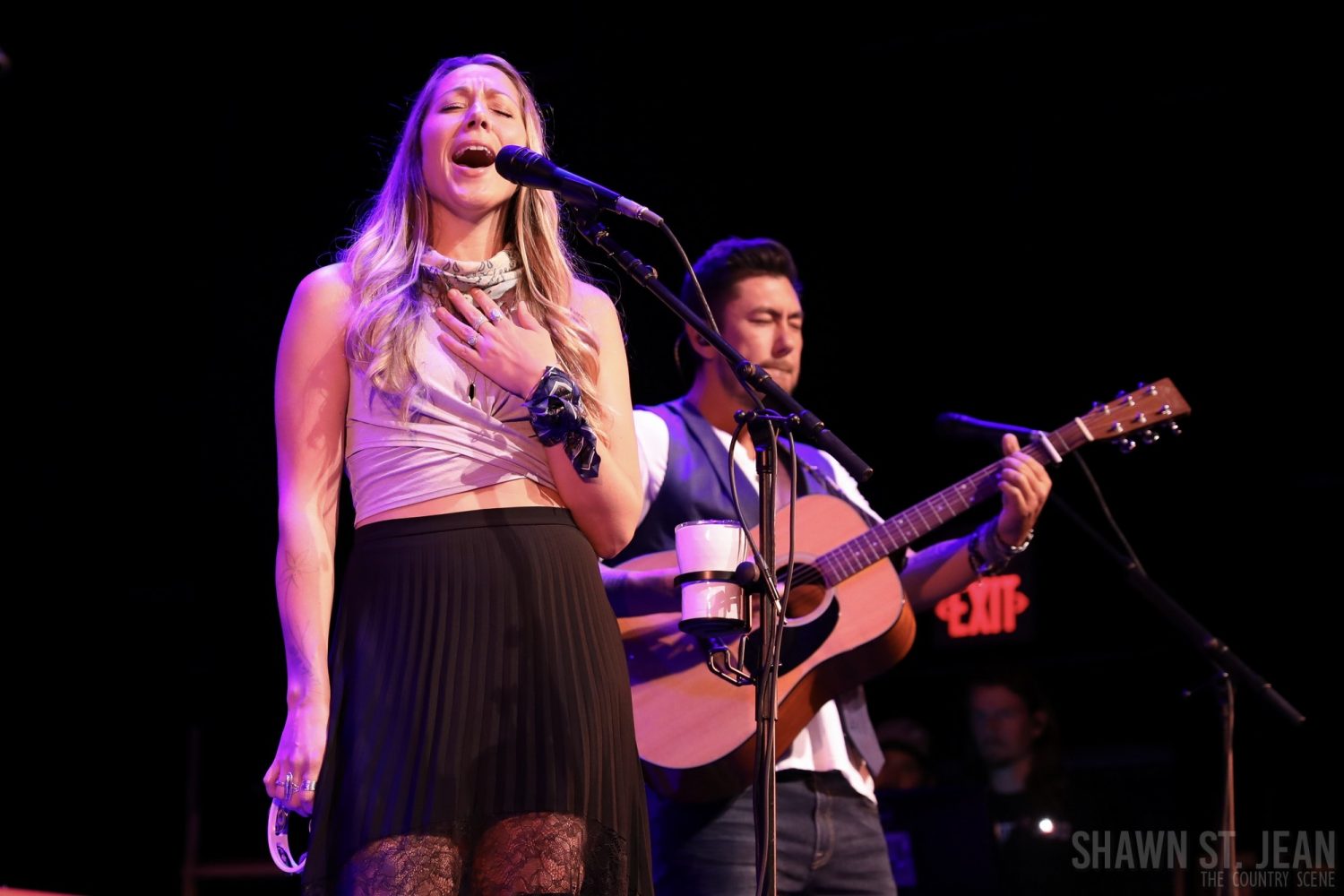 Jamie Kenney co-wrote and produced the song with the group. He had the idea for the chorus about a relationship he had experienced in the past. “The second we heard the lyric idea and the melody – we loved the melody – but then the concept we all could instantly relate because we’ve all experienced that in our past and have friends going through that right now,” Colbie explained.

With four lead singers, it can be a process of trial and error finding the right combination of who sings what parts. “With What Could’ve Been we were thinking maybe it would just be a female singing the verses,” said Justin. “But when you have a guy singing with that person it all of a sudden becomes a song of two people both experiencing the same sense of regret, other than just one, and it gave it a whole other dimension.”

In January of this year Gone West signed with Triple Tigers Records. In selecting a label to work with, all four knew what they wanted in a partnership, and as importantly, what they didn’t want. After meeting several labels, it became obvious to the group that Triple Tigers was the best choice. “It isn’t just about the specific people at the labels, it’s about the amount of artists that are at each label and the way you become a number the moment you sign with them,” said Jason, who had two prior record deals, including one with Nelly on Capitol Records. With just two other artists on their roster, Scotty McCreery and Russell Dickerson, the group knew they’d get the focus they were looking for. 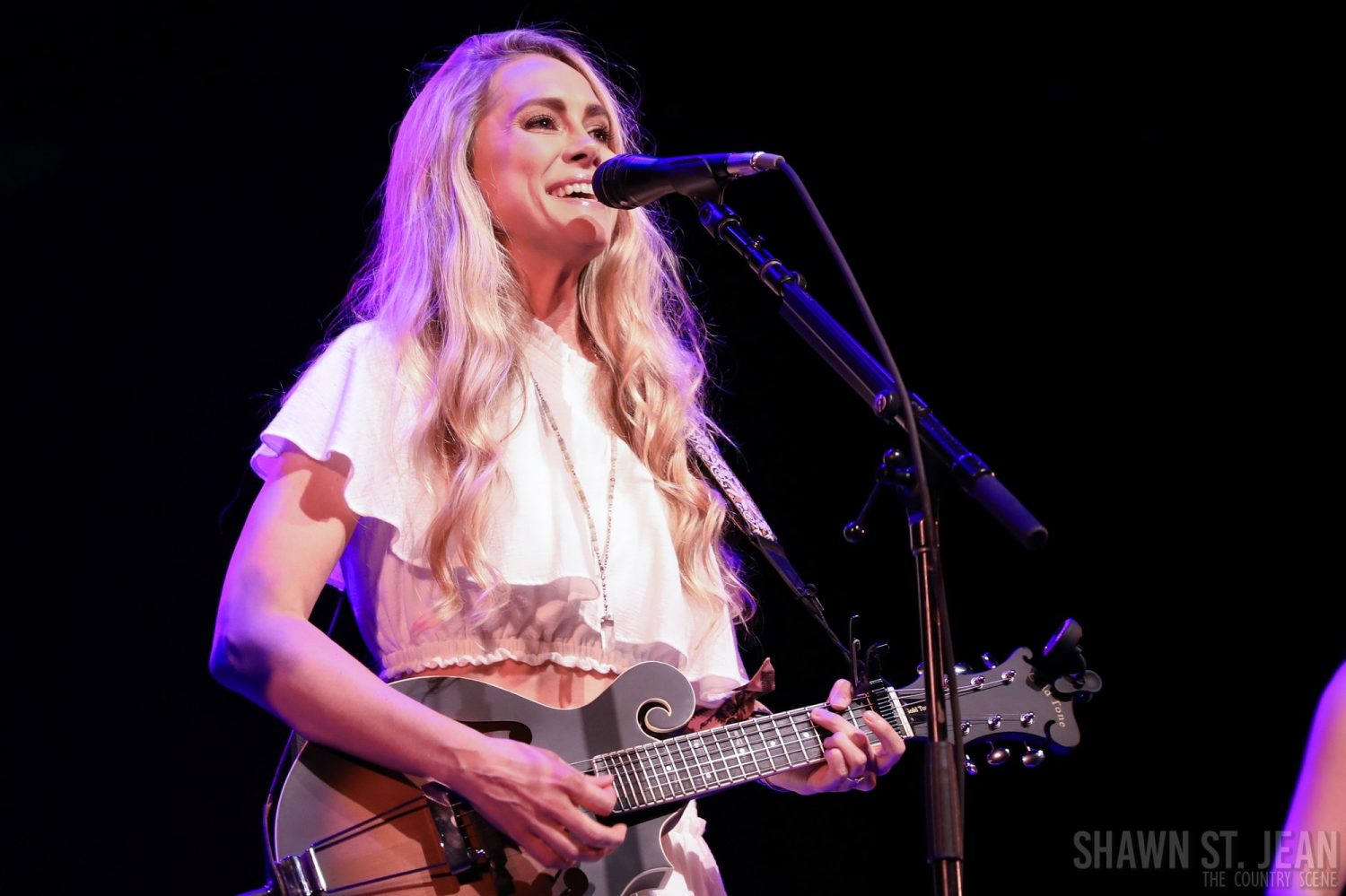 “We felt like we were fortunate in that we were willing to just go release something independently if we didn’t find the right place,” added Justin. “We didn’t feel like we were desperate and needed a label – we felt like it would just be better to release music independently than to be in a situation that wasn’t right for our band.”

“You go to these label meetings and sometimes the response is nice, sometimes it’s cold, sometimes you feel like you’re just taking up someone’s time,” said Nelly. “When we played [at Triple Tigers] it was just a different vibe. There’s a person there named Diane – she came up to us and just, the things that she said to us, they were some of the kindest things anyone’s ever said about our music. She said she had chills from head to toe. She really told us how she felt, and I loved that.”

All four of the band members have had amazing achievements throughout their careers and since forming Gone West there have already been some serious bucket list moments. One in particular that stands out for all of them is their first live show, and it was a big one. Without having released any music yet other than one YouTube video of their song This Time, they were invited to perform at The Opry.

And if having your debut at The Opry wasn’t amazing enough, they also had some very special guests with them. “Rita Wilson was there, she was performing at The Opry that night also,” said Colbie. “We were doing an interview and they wanted us to sing our song, and Rita and Liz Rose were sitting in the interview watching us. I was like, what is happening right now – I have to go, this is crazy.”

“Those women are two of our heroes,” added Nelly.

For Nelly, performing at the 39th annual PBS A Capitol Fourth celebration in Washington DC this year was a truly unforgettable moment. “That was by far the craziest thing I’ve ever been a part of,” she said. Nelly grew up outside of Richmond Virginia and would go to watch the fireworks in DC. “It was a full circle moment coming back there, and actually getting to be a part of the celebration was pretty unbelievable.”

“Also, having Grover introduce us – seriously, that was trippy,” added Jason. “I never thought I wanted that, but as it was happening I was like, this is weird and amazing.” 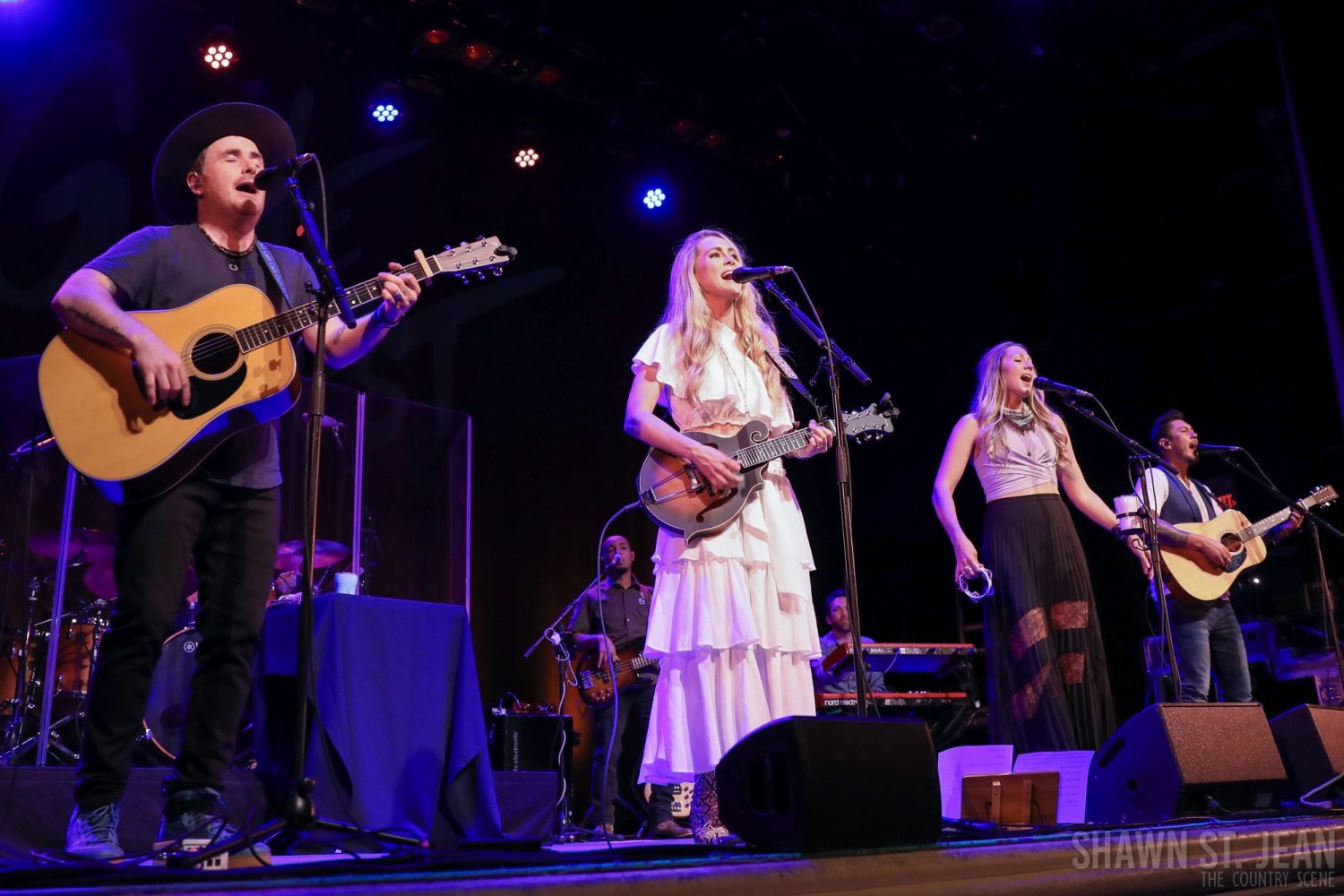 As they continue to grow as a band, what do they have their sights set on? “I would like Arsenio Hall to come back on the air again and then play on his show,” said Justin, as everyone erupted in laughter.

For Nelly, it’s The Mother Church. “One of my favorite venues is The Ryman,” she said. “Someday if we could sell The Ryman out that would be sick. When you play there, even though it holds a lot of people, you feel like you’re in a big living room, and the acoustics are sick. I would love to headline there some day.”

Check out all of our exclusive pics from Gone West’s performance at The Ridgefield Playhouse:


Were you at the Ridgefield Playhouse show or have you seen Gone West perform elsewhere? Let us know your thoughts in the comments section below! 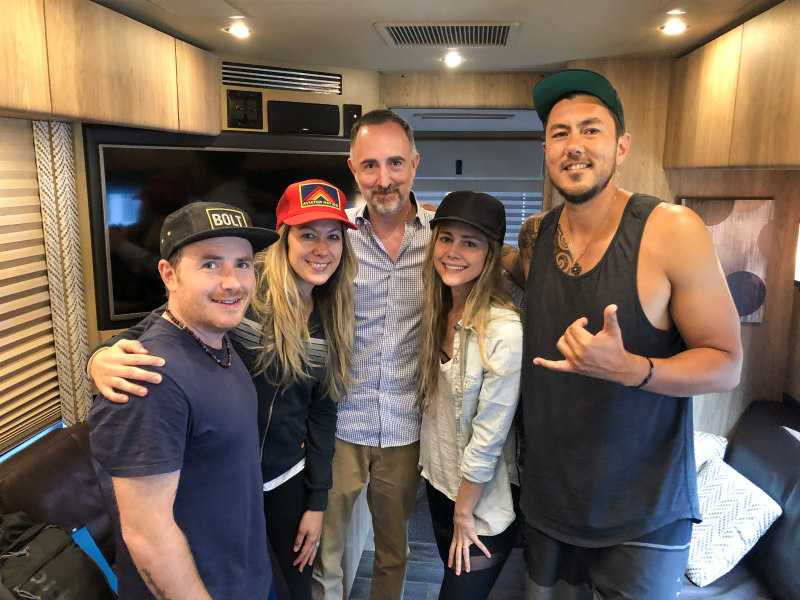