Budweiser brought Florida Georgia Line and The Cadillac Three to Madison Square Garden on the eve of the Dig Your Roots album release.

Florida Georgia Line, the reigning ACM and CMA vocal duo of the year, brought the party to New York City’s Theater at Madison Square Garden on August 25th to celebrate Dig Your Roots, their third studio album release. The sold-out concert was sponsored by Budweiser as part of their One Night Only series.

It was four years ago when Brian Kelley and Tyler Hubbard Line blasted their way on to the country scene with their breakout hit Cruise. Since then, the duo has racked up some impressive stats. Cruise has gone on to become the most successful digital single in country music history, claiming the only Diamond-certification (10x platinum) in the genre. Their two previous albums have had huge commercial success, with their double-platinum debut album Here’s to the Good Times and their platinum sophomore follow up Anything Goes. All of their eleven singles released to date have been number one hits and all have earned platinum or gold status. 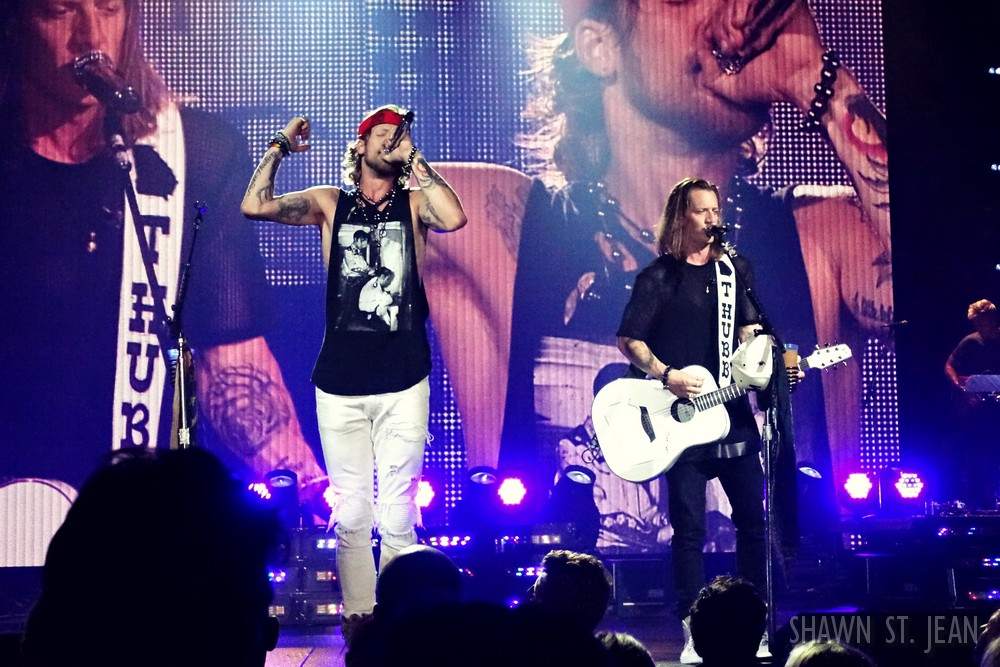 Dig Your Roots marks an evolution for FGL. Just as Brian and Tyler have matured as individuals since their first album, so too have their songs. While their earlier work leaned heavily towards party anthems, this latest album has more of a focus on faith, family and love. There’s no better example of that than While He’s Still Around: “Cause you never know when the phone is gonna ring, sayin’ heaven had it out to make you wings. And all those things that you were gonna do, are just tear drops rainin’ on a church pew.”

From the moment the lights went down at MSG, the capacity crowd was on its feet and loud. FGL’s trademark logo-emblazoned white curtain dropped to the image of an oncoming tractor trailer truck with horns and headlights blaring as the band launched into This Is How We Roll. Pyro was in full effect as multiple flame throwers lit up the stage. 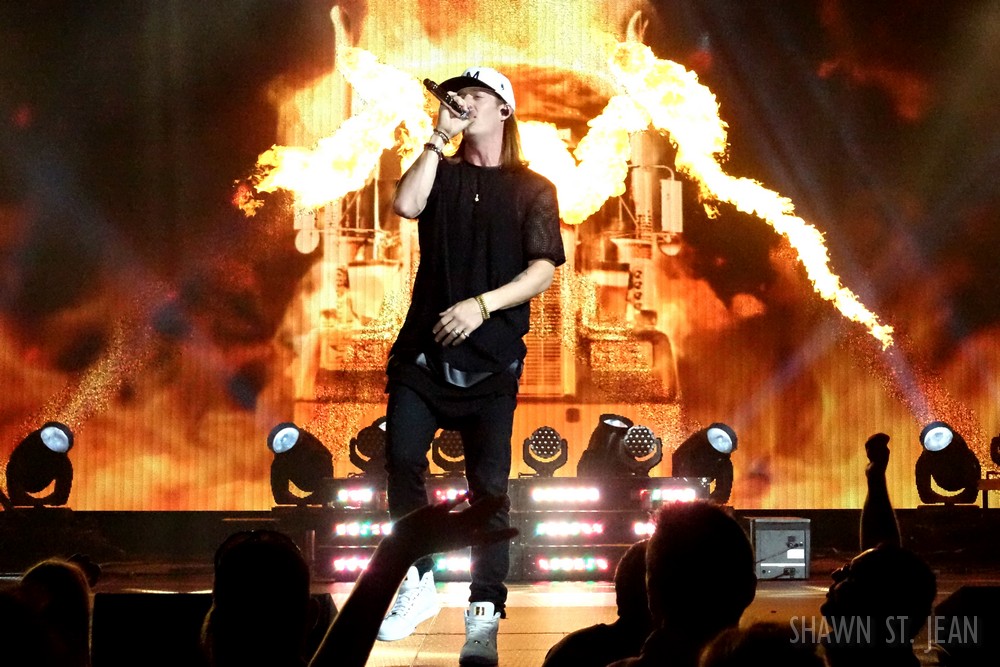 From there they didn’t slow down the pace at all, moving from one crowd favorite to another including Round Here and Anything Goes. With Budweisers raised high in the air, the crowd danced and sang along without missing a beat.

Out of the 17 song set, FGL performed four tracks from the new album: Dig Your Roots, Smooth, H.O.L.Y., and May We All (a collaboration with Tim McGraw). For those in the audience who might have hoped to hear more of the new stuff, no worries – everyone who attended was given a laminate with a free download code for the album. Leading in to H.O.L.Y., which they dedicated to their wives, Tyler gave a special shout out to the NYPD saying “They work so hard…thank you so much to everyone who puts on that uniform every morning.” 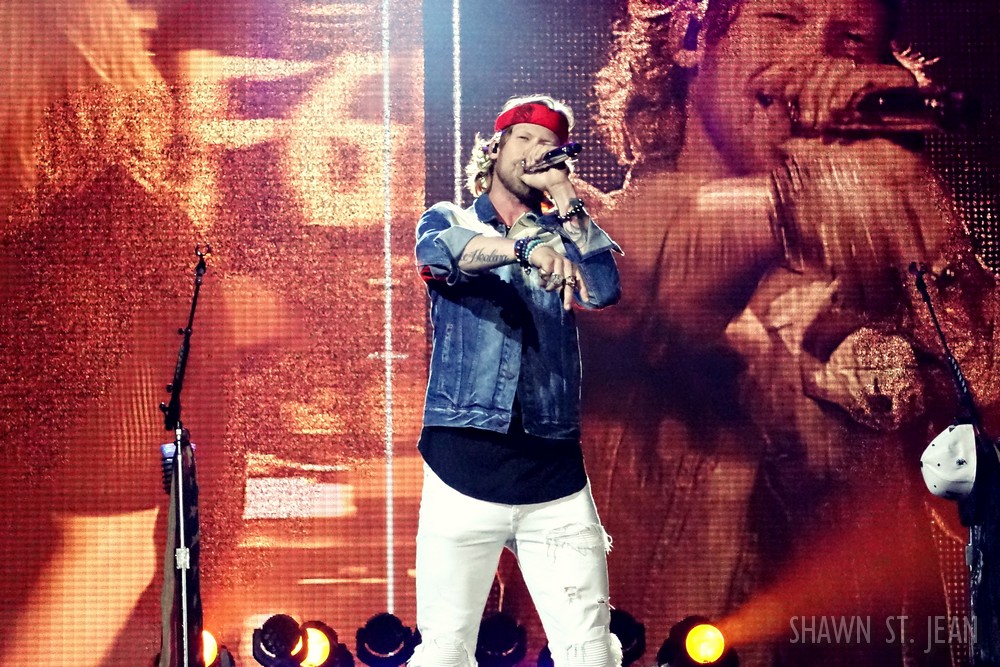 For their encore, FGL showcased their musical influences as they were growing up, along with some adorable pics of the duo in their early years. Their ‘mixed tape’ included hits across all genres, from Nelly to Toby Keith to Papa Roach. And of course the mix wouldn’t be complete without the Backstreet Boys, who collaborate with FGL on God, Your Mama, and Me. Brian told the crowd that BSB was his very first concert (House of Blues Orlando in the 6th grade), while Tyler noted that theirs was the first CD he ever bought with his own money at about the same age. They closed out the show with their mega-hit Cruise.

Before hitting the stage, Brian and Tyler performed an acoustic set for a small group of VIPs including executives and management from Big Machine Label Group, Budweiser, MSG and Cumulus Media, along with their guests. The set demonstrated FGL’s ability to connect with an audience through their music; just a couple guys with guitars tellin’ stories.

After the show I chatted with FGL fan Sam Heffernan (@sam_heff). She’s seen the duo perform in stadiums and arenas, but the smaller, more intimate setting of the Theater at MSG was really special for her. “Every single time I’ve seen them perform it’s nothing but high energy and happiness,” she said. “BK & Tyler have a genuine love for life and such a passion for performing which really shines onstage.” Sam definitely enjoyed seeing FGL perform their big hits like Cruise and Round Here; “it’s like putting on an old pair of your favorite shoes,” she said. Sam added, “Their new album is absolutely amazing. They’ve definitely expanded their sound into something creative yet country.” On the experience of seeing FGL live she said, “just know you’ll leave with a huge smile on your face and all your worries washed away like a shot of whiskey.” 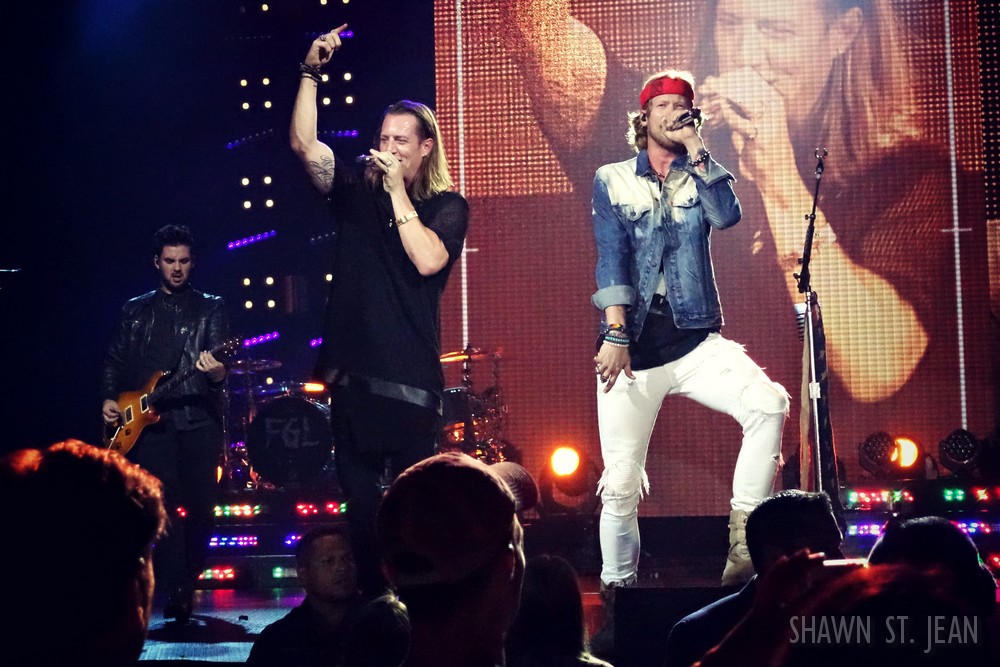 The Cadillac Three, longtime friends of Brian and Tyler, and who are currently touring with FGL, got the MSG crowd all fired up with a powerful opening set. The trio, made up of Jaren Johnston, Kelby Ray, and Neil Mason recently released their second studio album, Bury Me In My Boots, featuring the hit singles The South and White Lightning. Here’s a clip of TC3 melting faces during their performance of The South at MSG:

Early on in their set Johnston said, “You dream your whole life about Madison Square Garden. This is bucket list shit for us.” No doubt it will be the first of many trips back to The Garden for TC3.

Check out our photos from Thursday’s show below: 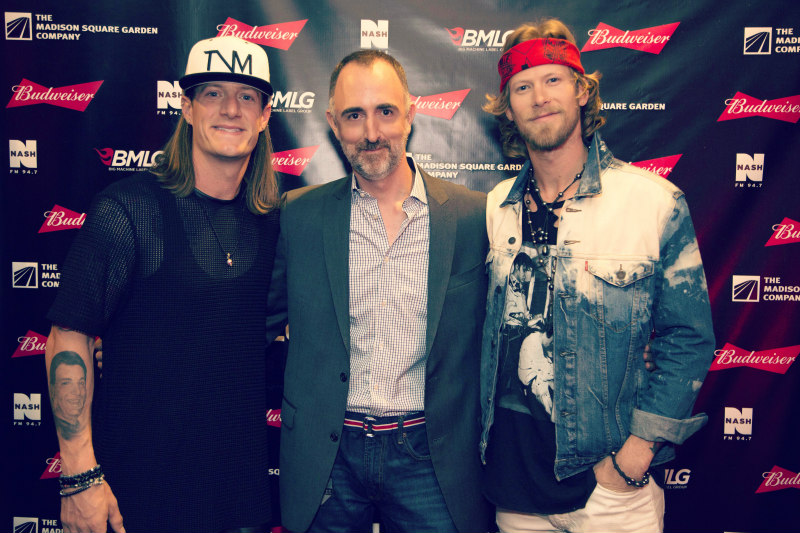 This Is How We Roll
It’z Just What We Do
Round Here
Anything Goes
Dig Your Roots
Confession
Stay
Smooth
Dirt
H.O.L.Y.
May We All
Everything’s Gonna Be Alright
Sun Daze
Get Your Shine On
Encore:
Party People
Mix Tape Medley (Ride Wit Me / Should’ve Been a Cowboy / The Last Resort / Everybody / This is How We Do It / Jump Around)
Cruise 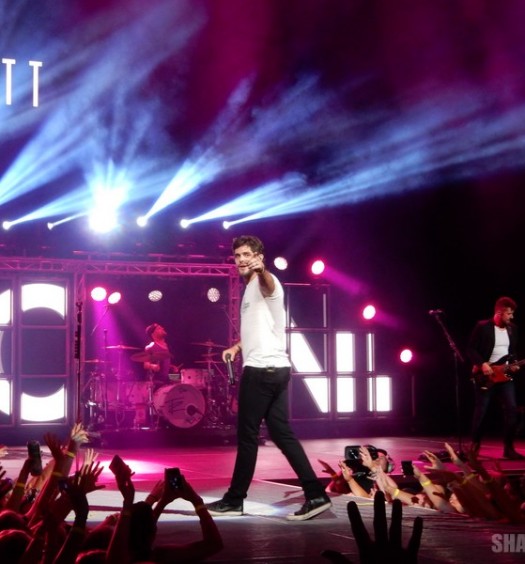