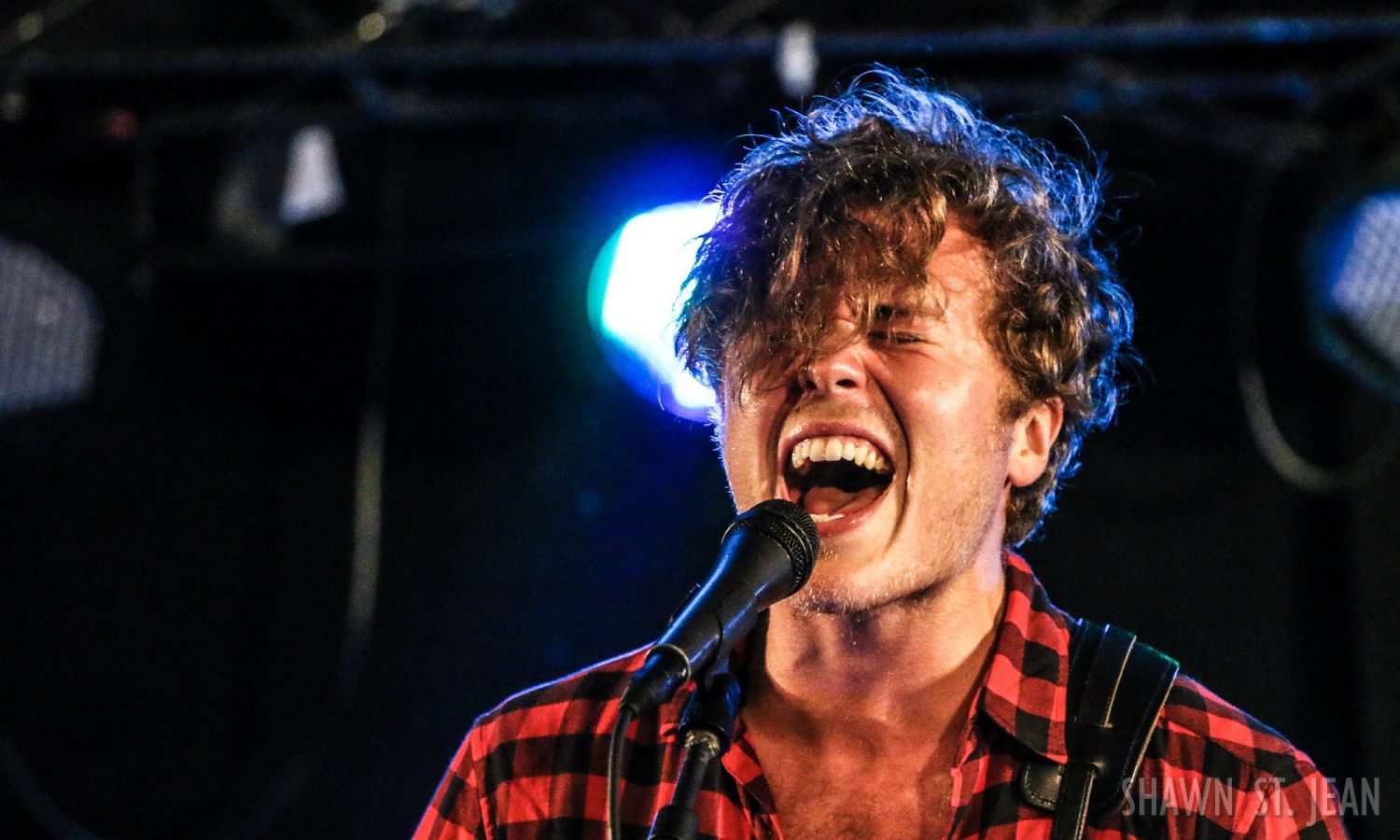 We sat down with Christian Lopez at his tour stop in Hamden, Connecticut to chat about his new genre-defying album Red Arrow, his West Virginia roots, and the recent tragedy in Las Vegas.

Singer, songwriter and guitarist Christian Lopez released his sophomore album, Red Arrow, in late September. It had been two years since his debut LP, the Dave Cobb-produced Onward. During that time, the 22-year old West Virginia native found he was discovering himself more and more each day.

“I was always trying to be the young guy who could be the sophisticated, older Americana guy,” he explained as we sat down in a small upstairs room at The Space in Hamden, Connecticut, surrounded by a bunch of 80’s video game consoles. “But for this record I was just like, hell with that, I’m gonna be who I am which is this young dude, honest, careless, and free.” 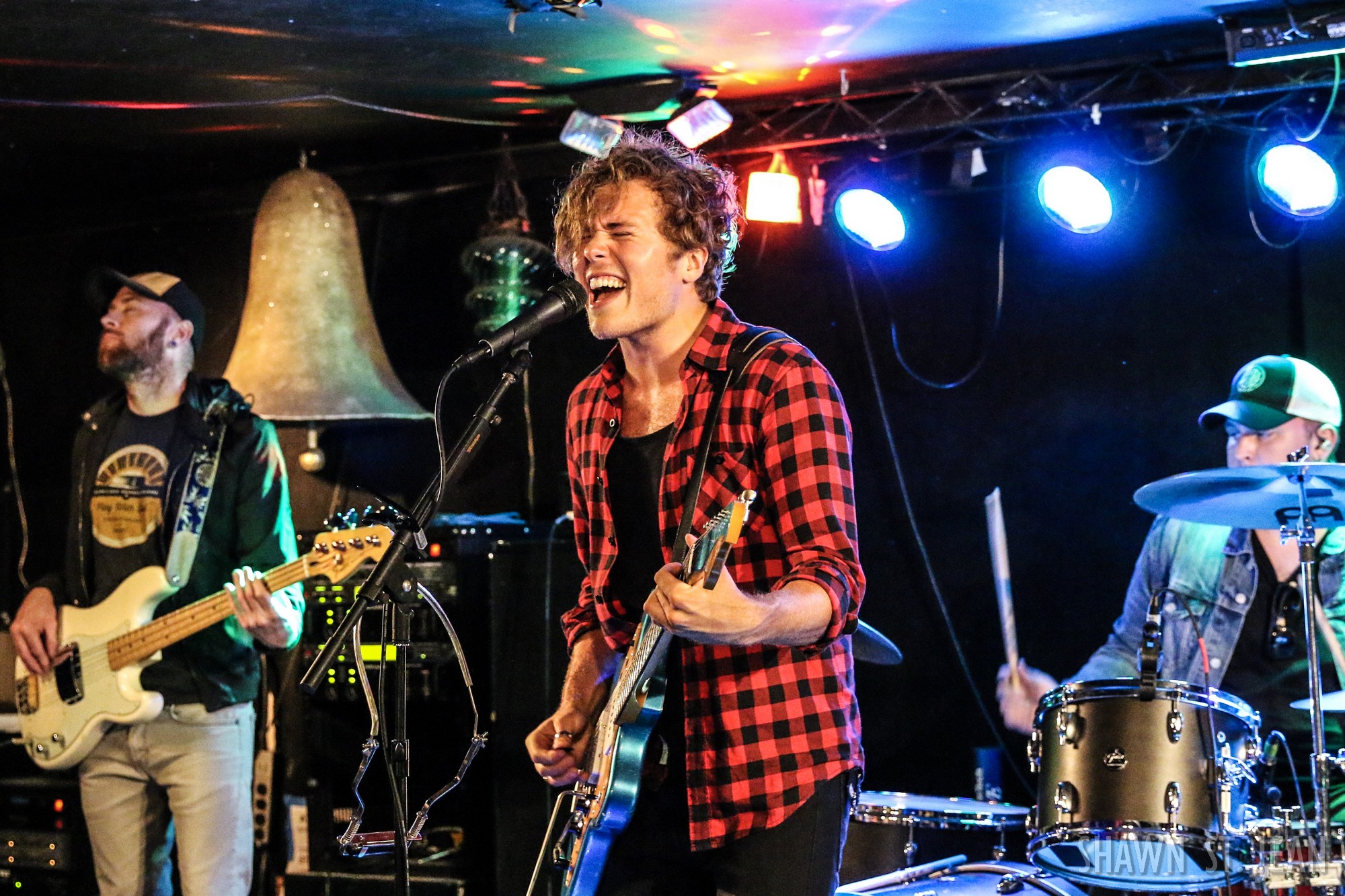 Red Arrow defies typical genre classification, with seemingly equal parts country, rock, soul, and pop. Just compare the boot-stompin’ Silver Line with a track like Say Goodbye, which Christian describes as Cheap Trick meets Rick Springfield. “I don’t give a damn about genres,” he happily admits. “Americana is like the island of misfit toys for the non definitive genre acts out there, which I’m gladly hangin’ out in.”

Given his Americana designation, he’s certainly getting attention from the country music media. But Christian didn’t set out with the goal of making a country record. “I made it to be whatever the songs wanted to be,” he explained. “I think the lines are getting blurred and blurred everyday and I think I’m part of the blur, and I dig it,” he said. “But thank god there’s Americana to house it.”

Christian looks at Red Arrow’s lead track, Swim The River, as a true representation of who he is. “It’s someone who understands and is confident in the fact that they’re not perfect, but it doesn’t matter as long as you’re giving 100% of what you’ve got to give,” he told us. “The final verse with the red arrow, that symbolizes me throwin’ everything I have into this crazy ass dream of mine.”

Marshall Altman was tapped to produce Red Arrow, who Christian credits for helping him get out of his comfort zone, particularly around the narrative of the album. “We fought over sequence for a month and half,” he said. “I was lookin’ at it more of a set list – we need a fast song here, slow song here. I think it’s ‘cause I’ve been on the road most of my life.”

He notes that working with Altman was a completely different experience from Cobb. “Dave works really fast and that’s part of his strategy to capture the magic,” he explained. In contrast, Christian spent eight or nine months working with Altman on Red Arrow. “I just knew that I wanted someone who I could dive into the thing with like it was a science experiment,” he said. “Marshall was that guy.” 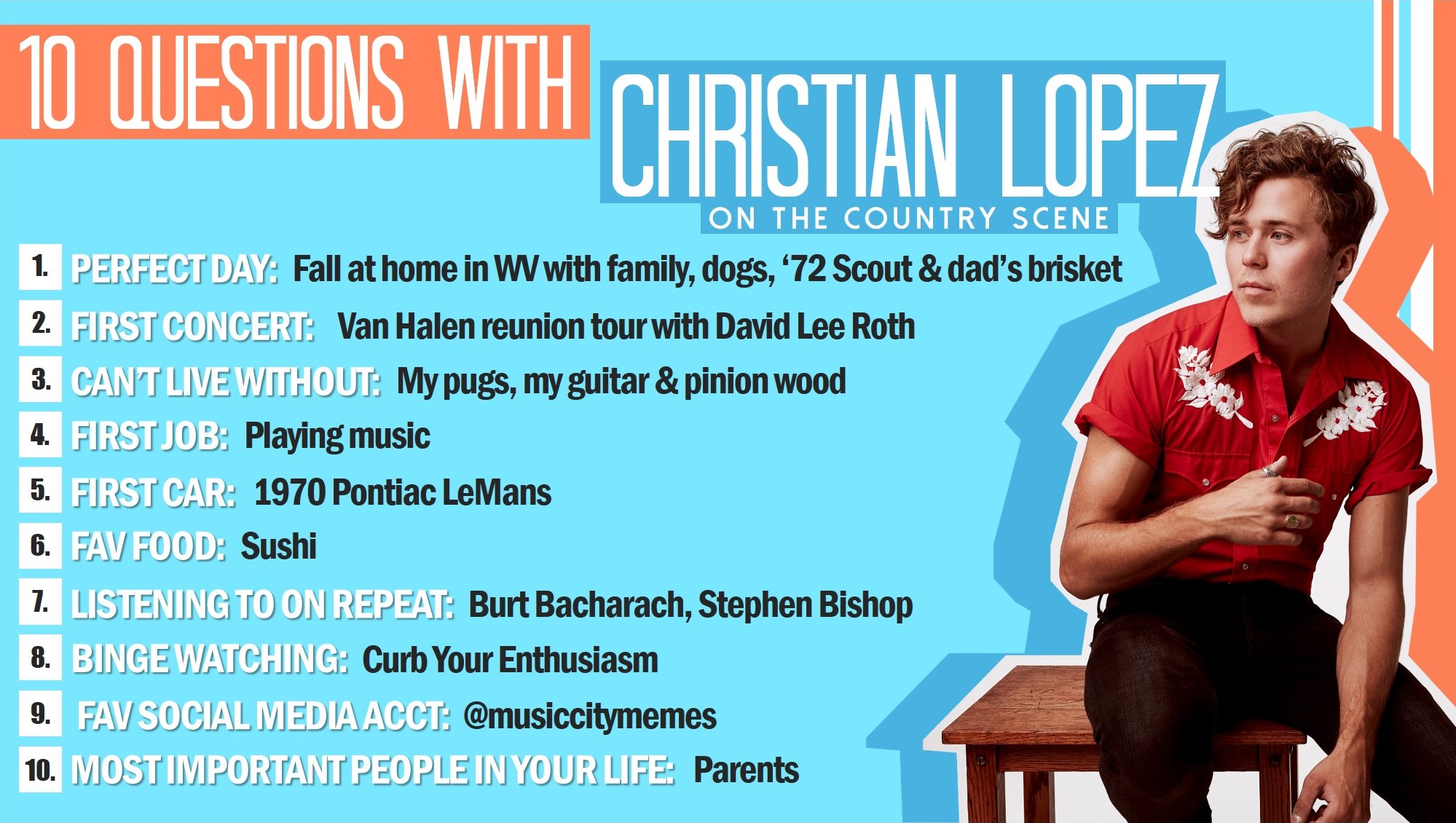 Christian describes the feeling when they finally wrapped the album up as both terrifying and invincible. “Terrifying because it’s the point of no return – there’s no going back, there’s no fixing things,” he said. “You’re super analytical in every single second of that record making sure everything’s right. So you’re antsy, you’re on the edge about it.” But then, Christian explains, that gives way to pure excitement. “Its an amazing feeling, especially when you can finally put the master in your car and listen to it the first time.”

Christian has stayed true and close to his roots in West Virginia. “I feel like it keeps me grounded, I feel like it keeps me in touch with the ultimate reality, small town West Virginia,” he said. “I can’t see myself ever leaving.” The support of his family has played a big part in how strong and deep those roots are. “My mom was a music teacher and my dad had great taste – he had the record collection,” he explained. “It was a great fusion. I feel extremely fortunate to have parents like I have.” 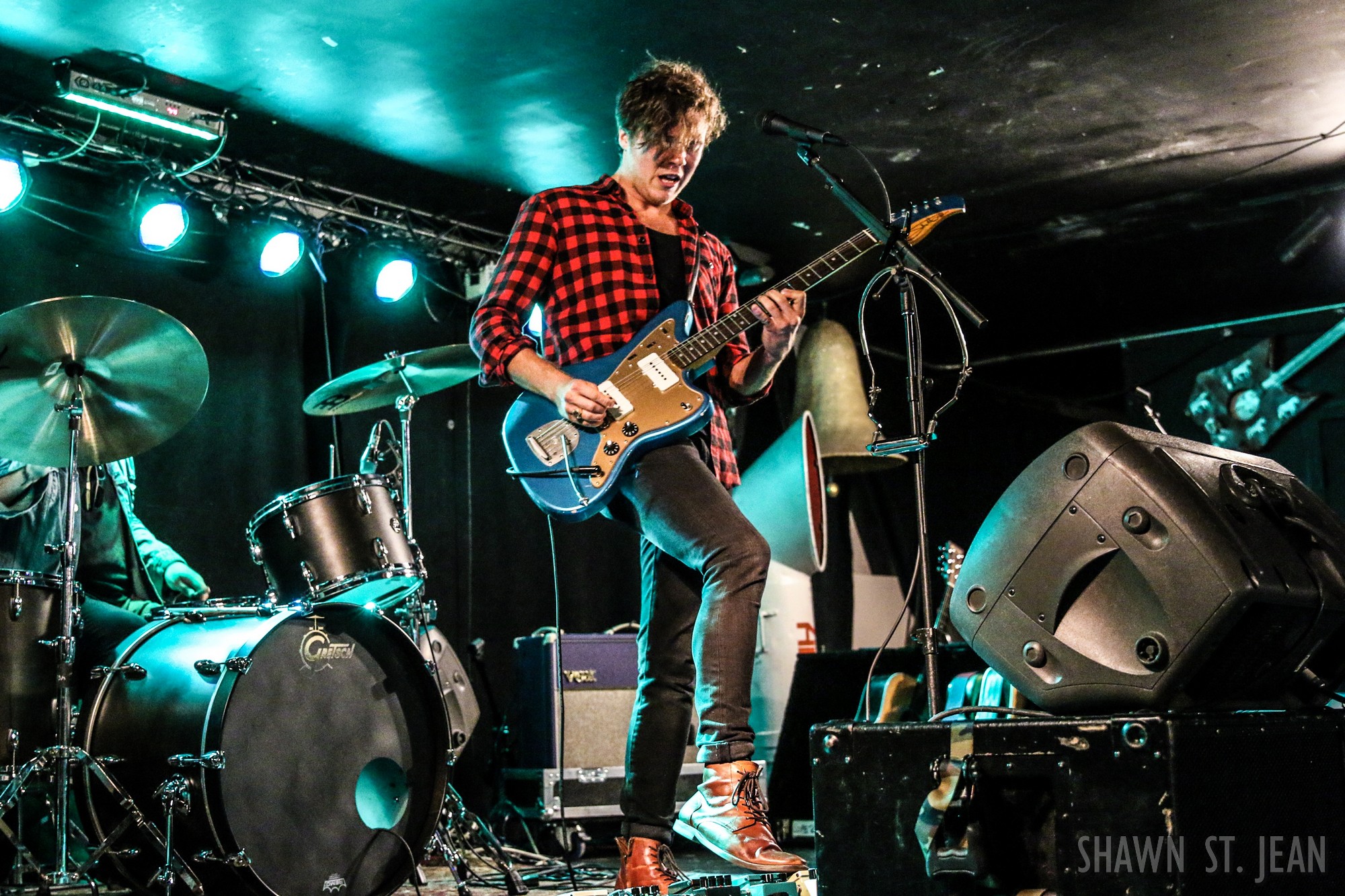 On the road, Christian has had the opportunity to open for some incredible artists including Miranda Lambert, The Black Lillies, and Brothers Osborne. But one in particular stands out above all the others for Christian: Marty Stuart. “That show left its mark on me,” he said. “Just incredible, greatest show I’ve ever seen, and super inspiring.”

At the end of our chat our discussion shifted to the recent tragedy at the Route 91 Harvest music festival in Las Vegas that left 59 people dead and hundreds more injured. Talking about the impact that event could have on a musician going forward, Christian said “It’s a shame that we even have to think about that – I have to do my best not to think about it.” He recalled the times he’d performed in front of large audiences at outdoor events, like at the 2014 Belk Bowl in Charlotte when he opened for Miranda Lambert. While admitting that he might be a little leary of such events now, “We would never be afraid to go on stage,” he proudly stated. Angry at the senseless violence, Christian added “I think its an easy fix that certain people are avoiding.” 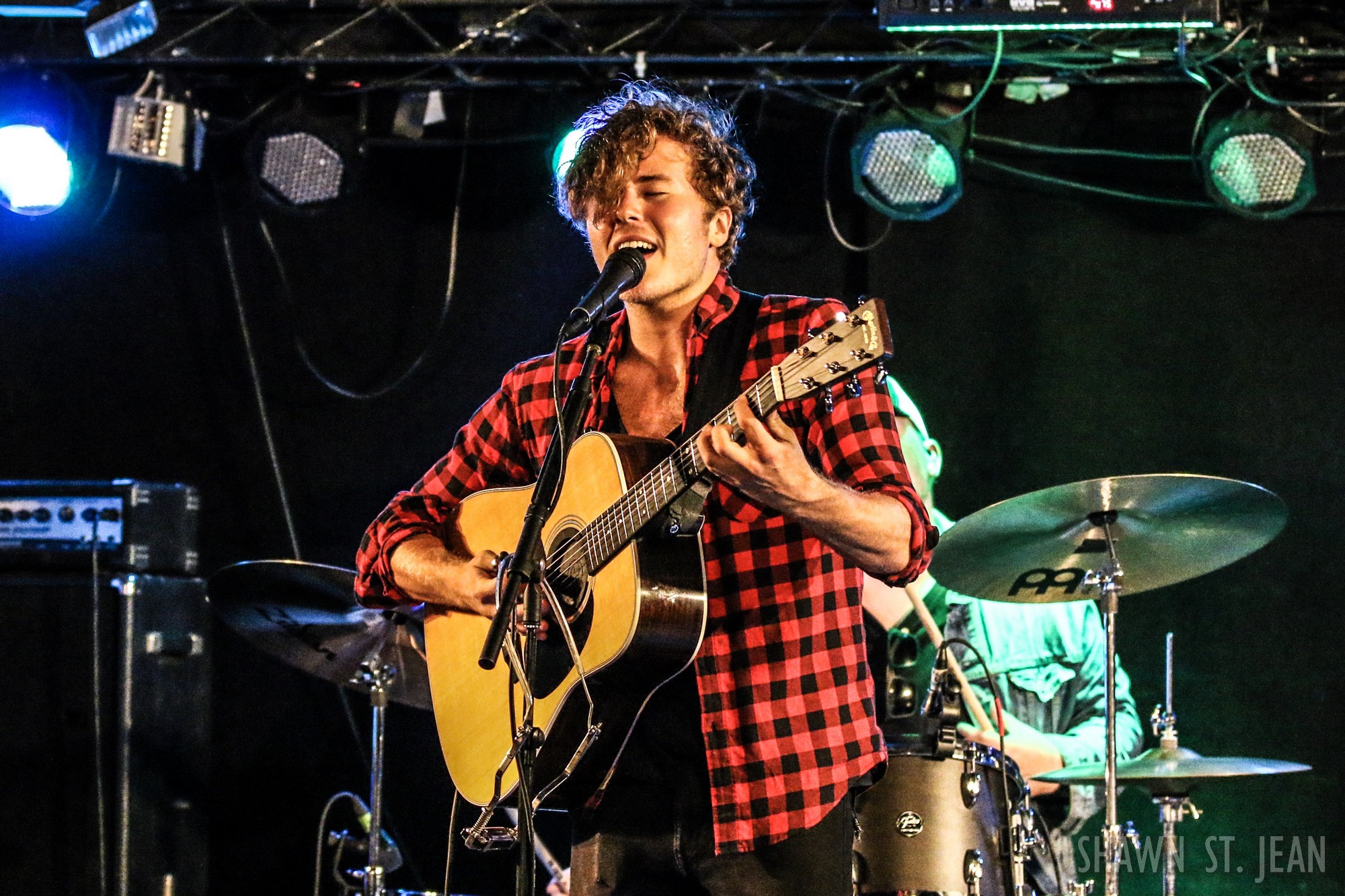 After the show I caught up with a couple of Christian’s longtime fans. Over the past three years, Nola from Basking Ridge NJ has seen Christian perform live 16 times. The first time she listened to his album Onward she remembers being so drawn into the lyrics and the music. “Some people say he’s an amazing songwriter at his age, but it has nothing to do with his age – he’s just an amazing songwriter,” she explained. Still On Its Feet is Nola’s favorite song on Red Arrow – “it brings me to tears,” she said. “It’s the one I want to rewind and repeat so I don’t miss a single phrase.”

Barbara from Long Island has seen Christian perform at all kinds of venues, from a small club in Brooklyn to his recent album release party in West Virginia. Barbara always lets her friends around the country know when Christian will be making a tour stop in their area. “Christian is a genuine person with unbelievable talent for writing, singing and playing,” she said. “I will be proud to say I knew him on his way up, but I know that he will remain rooted in the ground.”

Check out our exclusive photos from Christian’s recent show in Hamden, Connecticut below:

Have you seen Christian perform live? Let us know what you thought of his performance in the comments section below! 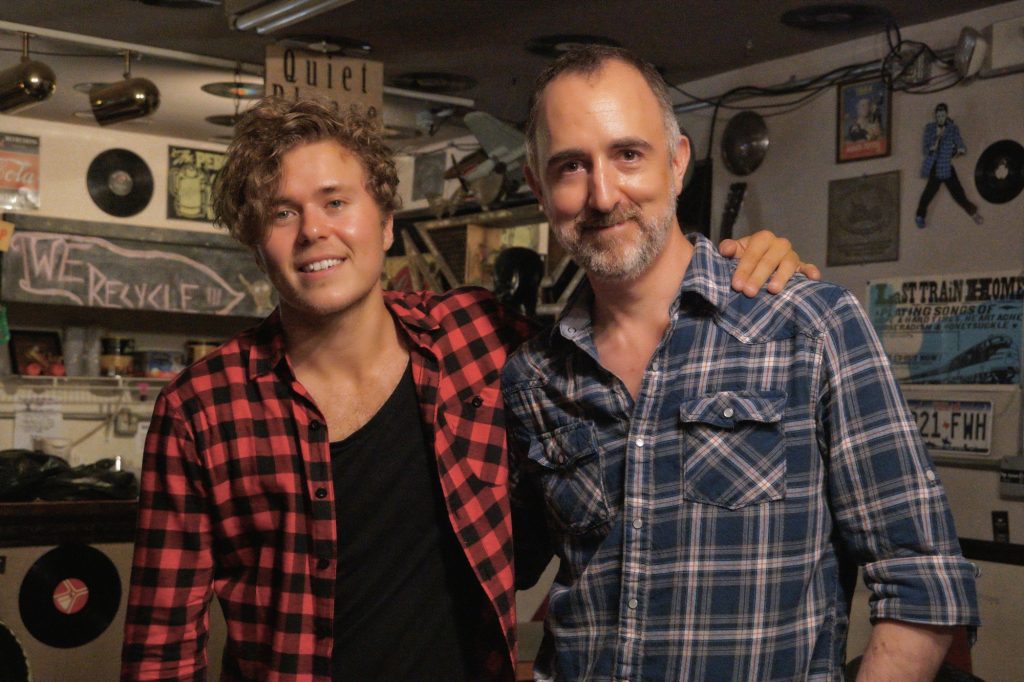 Christian Lopez with The Country Scene’s Shawn St. Jean at The Space in Hamden CT 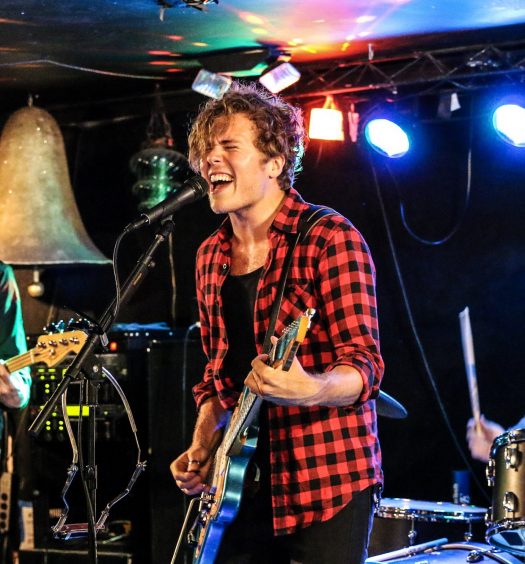