Brad Paisley at the Xfinity Theatre in Hartford CT on July 25, 2015.
Concert Reviews

Brad Paisley brought the Crushin’ It World Tour to the Xfinity Theatre in Hartford on July 25, 2015. Joining Brad on this tour are Nashville rising star Mickey Guyton and 2014’s ACM new artist of the year Justin Moore.

Brad is one of the most talented artists in country music. His voice, his ridiculous shredding on guitar, his incredibly creative song writing, and his great sense of humor make him such a pleasure to watch. And he definitely knows how to show his fans, both young and old,  a great time. One very happy boy got to join Brad on stage and play a little Nintendo Mario Kart on the giant sixty foot screen (and got to walk off with a guitar – one of two that Brad gave out during the concert). The stage also included a working bar that a bunch of fans and special guests got to sit at and have a drink during the concert. Absolutely genius idea. 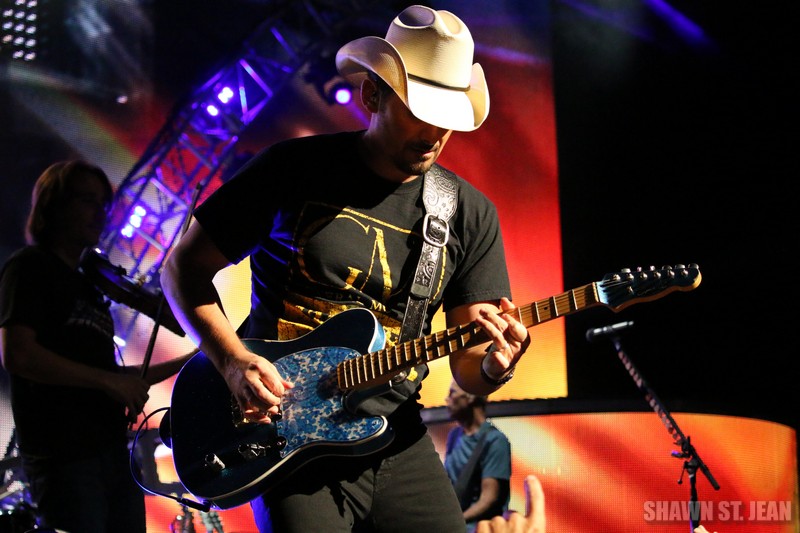 Brad Paisley at the Xfinity Theatre in Hartford CT on July 25, 2015.

Brad’s set had a solid mix of old and new. He kicked the show off with “River Bank” and played other greats like “Water,” “She’s Everything,” “Perfect Storm,” “Southern Comfort Zone,” “Mud on the Tires,” and his latest single “Crushin’ It.” The show ended with “Alcohol” – very appropriate with the on-stage bar (where Mickey Guyton was hanging out for this last song, along with her very cute dog Charlie).

Brad had his two openers join him for duets during the show, with Justin performing “I’m Still A Guy” and Mickey coming out for “Whiskey Lullaby.” And Carrie Underwood even made an appearance. Well, a virtual one at least, appearing on the screen for a FaceTime duet on “Remind Me.”

Justin brought a “Small Town Throwdown” to Hartford with a high energy set that got the crowd going. He started off with “Point at You” and went through a number of his hits including “Lettin’ the Night Roll,” “Bait a Hook,” and “Til My Last Day.” He finished with his #1 from 2009, “Small Town USA” and was joined on stage by a fan in the front row who asked Justin if he could play guitar during that song. 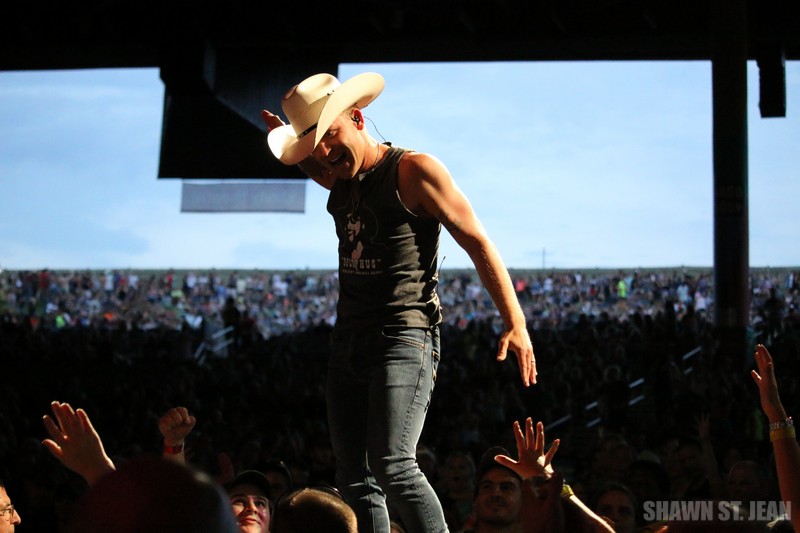 Justin Moore opening for Brad Paisley at the Xfinity Theatre in Hartford CT on July 25, 2015.

Mickey is definitely one to watch – her voice just blows you away. Mickey’s set included her hit single “Better Than You Left Me.” A couple that I spoke with, who were hearing Mickey for the first time, were just amazed by her performance. They even compared her voice to Carrie Underwood, which I can totally see. After the show, Mickey was greeting fans outside the theater. When she arrived, a little after 11pm, there was a huge line waiting for her. It was amazing watching how she connected with each person. She didn’t make anyone feel rushed; she took pictures, signed autographs, and everyone got a hug from her. 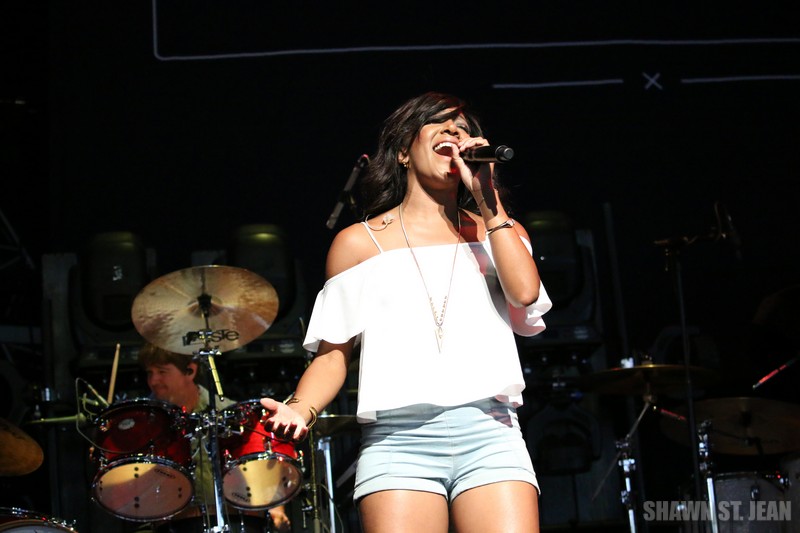 Mickey Guyton opening for Brad Paisley at the Xfinity Theatre in Hartford CT on July 25, 2015.

The Crushin’ It Tour continues through October 3rd. Dates and locations can be found on Brad’s website by clicking here. 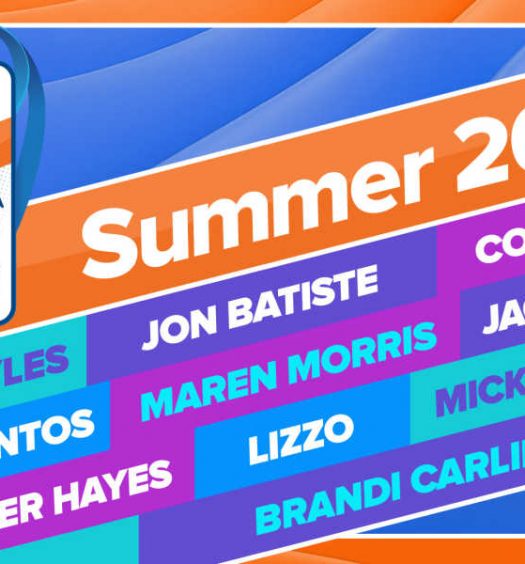 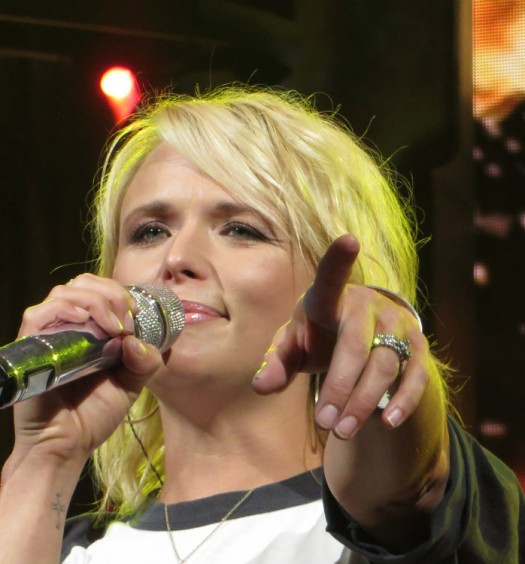