Olivia Lane at the Stamford Palace Theatre on October 21, 2016.
ConcertsInterviews

We sat down with rising country artist Olivia Lane before her show at the historic Palace Theatre in Stamford, CT, to chat about her recently announced She Fits Tour, the Sunshine Movement, and...bread.

If you’ve had the chance to see Olivia Lane perform, you know she’s full of energy and incredibly outgoing. No one’s ever going to call Olivia shy. And if you follow her on social media – particularly SnapChat – you’ve seen that her personality when she’s off stage is the same as when she’s on – genuinely a positive person.

Earlier this year Olivia launched the #SunshineMovement – a social media effort to get folks to go out into the world and help spread joy and positivity. And to encourage that she’s handed out free cupcakes on the street, got strangers to sing with her outside the Opry, danced around a mall, and even walked around Vegas with a sign that read Free Hugs.

“There’s just so much craziness that goes on in the world, and so much chaos, that I feel like if I can just put one positive thing out there to maybe trump a bad thing,” she said. “If I can do it, maybe I can rally my fans to do it too. Make My Own Sunshine is just my anthem, and a lot of people have been relating to it. And I was like well, there’s gotta be happy people out there because they’re relating to this song, why don’t we start a social media campaign to just kinda block out all the bad social media.” While it’s still in its early days, fans have definitely taken notice, with some folks posting their contributions to the movement multiple time a week. 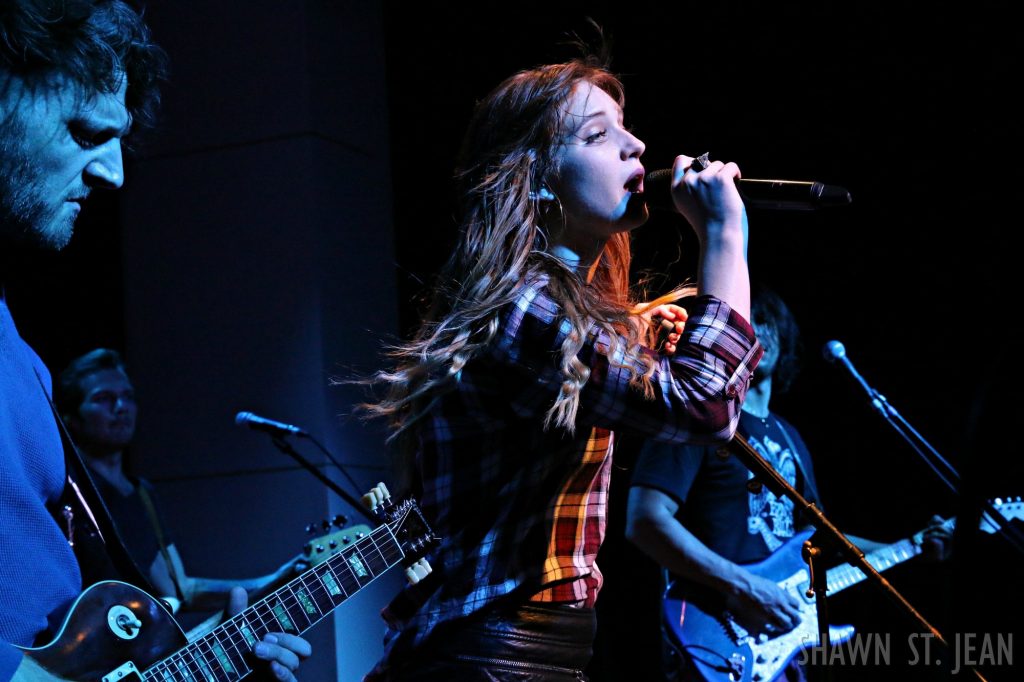 Olivia really values connecting with her fans, whether it’s interacting on social media or taking the time to meet people after her shows. She lives her life as an open book, and wants people to get to know the real Olivia. As further evidence of that, look no further than her recently announced She Fits Tour, which will be taking place in living rooms and backyards across the country. “I just wanted to interact with my fans one on one…to bring my music and sit down with fans and be like hey here’s my music, let bond,” she said.

Olivia always seems to be on the clock. Performing, writing, recording, travelling, social media… there doesn’t seem to be an end to her work day. “I’m not sure that my life really has a balance right now,” she said. “It’s kind of like a see saw. I feel like right now my life is very career oriented. My life is basically my career, my relationship is my career..which is why I’m single! I’m so focused on what I’m trying to grow right now…I wake up and I’m like how can i make my career better, how can i be better than i was yesterday.”

Lane continued, “Sometimes I have trouble shutting it off, and being like, Olivia, go get a drink with friends…Olivia, go work out. Working out actually is probably my biggest stress relief…Which is weird, because i get a lot of song ideas when I’m running. So it never stops! Honestly, I need to do yoga or something. I’m sure it would be the same thing in yoga though like, Sorry guys, I know we’re doing our namaste, but I just need to take some notes!” 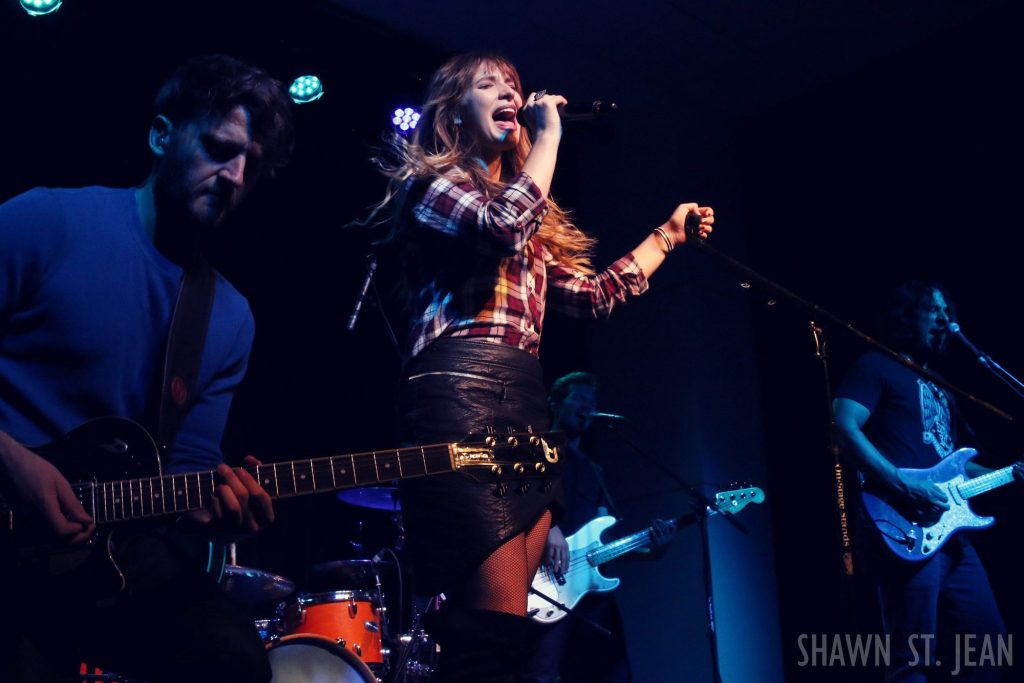 With that strong focus on her career, always striving to be better, there isn’t a lot of time spent just unwinding and relaxing. “I’m totally energized and moving all the time,” she said. “I’m fortunate to where my life has taken me a lot of places [and] I have friends…all over the country.  I’ll just call and be like, Hey I’m in New York, lets go do something! I’ve gotten to the point where it’s like, ehh, I could either get 8 hours of sleep, or I could go see a friend, go out, have fun and get 4 hours of sleep. So when I do get home to Nashville and i have a day off I sleep for 14 hours sometimes!”

All that energy definitely requires a lot of carbs. The one food Olivia can’t live without? “Bread – I’ve tried to give it up but i can’t,” she said. “I’ve decided nothing about my wedding other than the fact that I’m going to have a carb table and it’s going to be all the breads that I’ve tried from all over the world that I absolutely love.”

One of Olivia’s most memorable bucket list moments so far came from a group of fans in Detroit earlier this year who probably had no idea the impact they were about to have on her. “The EP had only been out a week and we were [at a show] in Detroit,” she said. “I started singing Quarter Life Crisis, and [they] knew the words. I was like, that’s weird. This is a fluke – they must have caught on by the second chorus or something. And then I started playing She Fits, and they knew the words! I was like, wow, this is actually happening right now.” 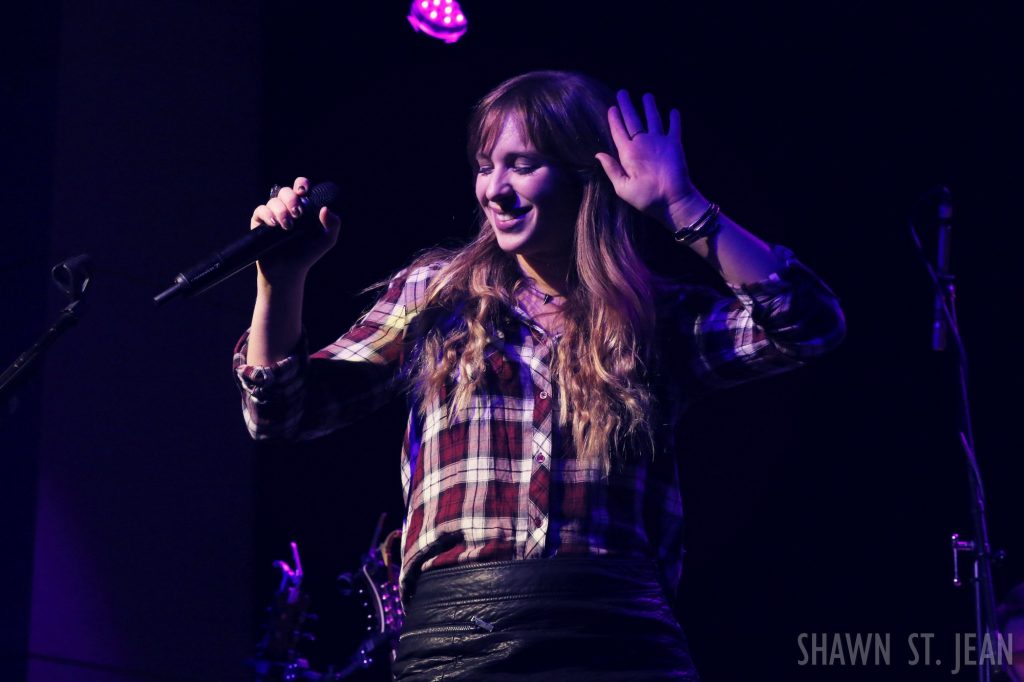 Aside from The Eagles (because if you know Olivia, you know she loves the Eagles), I wanted to find out what she was listening to lately. “The new Bruno Mars song [that] just came out…I’m a huge Bruno Mars fan,” she said. “I listen to Kacey Musgraves on repeat. The new Maren Morris record is amazing too. I’m really excited for new females coming up in country music. A lot of the Christmas music is coming out now so i’m listening to a lot of [that]. Twenty One Pilots – they’re SOOO good! It’s so different than what’s going on in pop music right now. When something like that comes along you have to listen to it.”

Olivia’s definitely taking her time on her ride, and genuinely enjoying every minute of it. “I get to talk to people, I get to have conversations with them, why they like this song, and what inspired them,” she said. “I’ve learned a lot about myself from fans, which is everything. Which is why The She Fits Tour is gonna be so amazing!”

Fans can enter to be selected for The She Fits Tour at www.olivialane.com/shefits.

Check out our exclusive photo gallery from Olivia’s concert at the Palace Theatre: 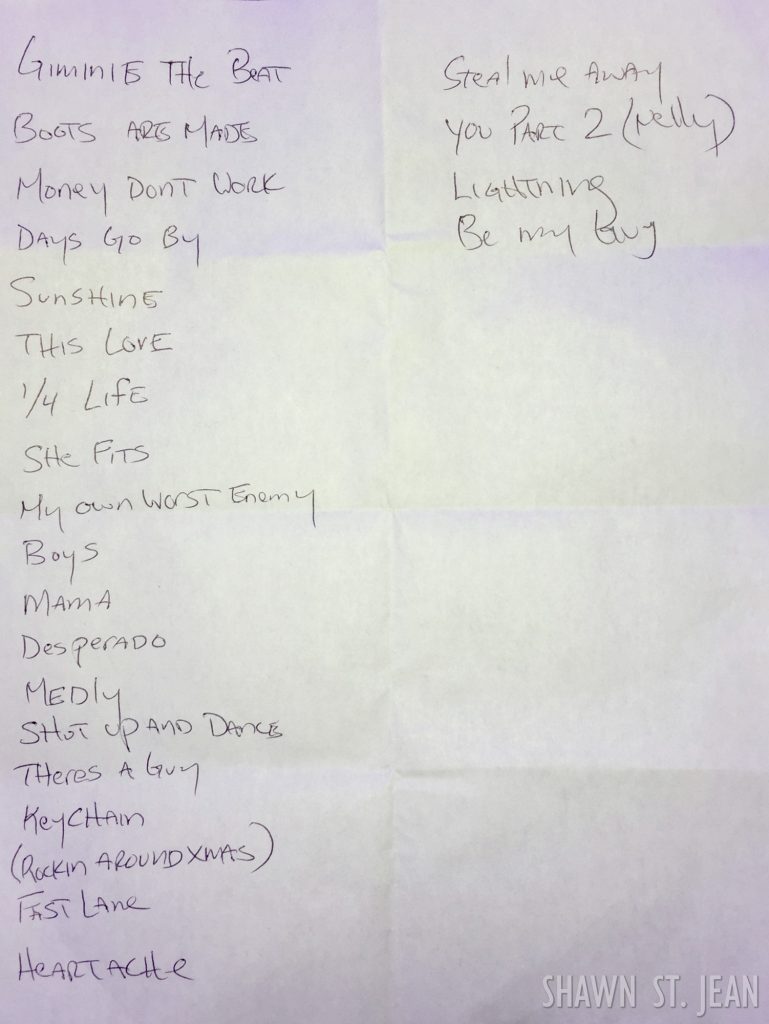 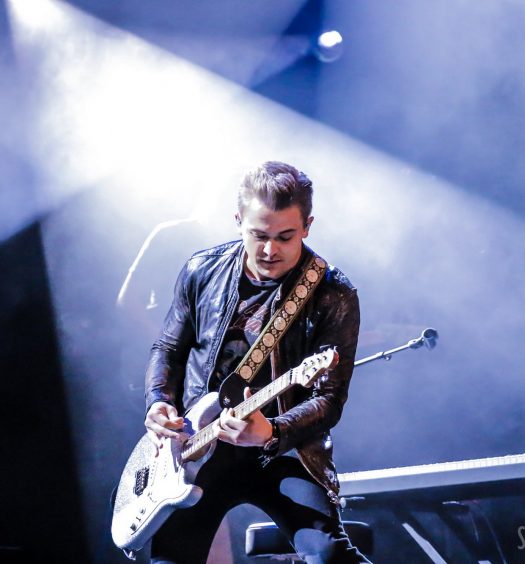