Get to Know American Road

The country rock band from New Jersey talks to us about their debut EP, opening for Tyler Farr this summer, and a recent project they started to support our troops.

We recently caught up with country rockers American Road to learn a little more about the band, its origins and what’s up next for the Jersey natives.

TCS: Hey guys, thanks so much for taking the time to chat with us. Tell us a little about how the band got started – how did you all meet?

AR: We owe it all to Craigslist believe it or not. Mike [Garbe – drums] answered an ad Criss [Patrik – vocals] had up. “Singer/Songwriter looking to start band”. Mike called and they spoke for a bit and decided to meet up. Criss showed him some of his writings and even sang a few there on the spot. Mike was sold and said he was in. From there the two of them went through a couple of bassists and more than a few guitarists. They landed John [Distase – guitar] next after he answered their ad and posting a couple videos on his Facebook page. Finally Brian [Blanchard – bass] came along and everything just clicked.

TCS: That’s very cool. As you’ve come together as a group how would you describe your style of music?

AR: I would say our music falls into the modern country rock niche. I’ve explained to people as “country lyrics and topics to good rocking music”. There’s such a range of what’s considered country these days, but we fall on the rock side for sure.

TCS: You guys just recently released your debut EP – I Dream In Country – for folks who haven’t heard it yet, what can they expect from the album?

AR: Yes our EP was released on March 11th. It has 5 songs on it that we chose because of their diversity. We’ve got a couple rockers in U.N.I.R. Country and That Feeling, a super catchy radio friendly track in Second Chance, the driving title track, I Dream in Country and a slow ballad in An American.

TCS: Describe your song writing process – do you all write together? What do you draw from when coming up with lyrics?

AR: The song writing process is our strongest quality, I believe. Each member is strong at what he does and that makes things almost easy.  More often than not it starts with the lyrics and melody lines Criss comes up with. He’ll come to practice and say “What do you think of this?” And he’ll just sing something a cappella. Mike will start keeping a beat for timing and John will start noodling around on the guitar finding the key and chord changes. Brian will then play something on the bass that compliments what John’s doing. Things usually fall together pretty quickly and from there we just start building on it, making it the best we can. We record everything and we go home and work on our parts. By the next time we get together it’s basically a song and we play it till we work out any bugs that may have snuck in. As far as ideas go, Criss has a book of finished lyrics and is writing more all the time. His writing covers a lot of topics, but to answer your question, I would say he draws his lyrics from feelings.

TCS: You’re opening for Tyler Farr on June 24th at Starland Ballroom – must be looking forward to that! How did that come about?

AR: Criss sent U.N.I.R. Country to Chris Van Zant, a DJ on a local New Jersey country rock station, Thunder 106.3. Van Zant liked it and put it on regular rotation on Friday nights. The song generated enough of a response that Van Zant played it every week on his show for the following 10 weeks. Van Zant emailed Criss a contact at Starland Ballroom and said American Road should contact them. Within a week or so we were told our request was sent to the booking agent and not long after that we got the email saying we got the gig with Tyler Farr on Friday, June 24th! We were all blown away by the opportunity and are looking forward to the show.

TCS: I bet – that should be a lot of fun. What’s it like performing country music for audiences in NJ/NYC?

AR: The people we’ve met and played for have been so supportive and amazing. Even though the NJ/NYC area isn’t what most would consider “country”, it’s got a huge fan base. People know what they like. Nowadays you ask people what kind of music they like and 9 times out of 10 they answer, “Oh, I listen to everything”. It’s true really; you can see the crossover of artists on tv and the radio every day. The lines between music types have blurred so much lately, and that suits us just fine.

TCS: As fans of the genre yourselves, what are you all listening to these days – anyone you have on repeat right now?

AR: We’re just like our fans when it comes to what we listen to these days, a little bit of everything. Music is everywhere and when you truly love it, you become it and it becomes you.

TCS: I read that you recently started a program to send music to our troops serving overseas – tell us a little about that.

AR: The project is called “Sounds of Home”. It started with Brian wanting to donate a handful of our EPs to be sent overseas to our troops stationed there. He had the great idea of asking other original, unsigned bands if they wanted to send any of their music over with ours. Criss came up with the name and made up a poster we posted online and the whole thing took off. We’ve gotten a great response from so many people – other bands, internet radio stations, and even some local news channels here in Jersey.

TCS: What an incredible idea – that’s a really great program you’ve developed. Talk a little bit about some struggles/ hurdles you guys have encountered in trying to break through in country music and what you’ve done to address them.

AR: The toughest challenge the band has had so far i think is the band itself. Just trying to find four guys who wanted the same thing and were willing to agree on how to go about obtaining it took so long. Some of these songs you’re hearing now are already years old. We’ve met so many great musicians along the way as this line up came together. Really good players, but something was missing. There’s a ton of guys who can play out there. But to get a group of like-minded individuals who can not only play, but create music, that was our steepest hill yet.

TCS: What do you guys like to do when you’re not playing music?

AR: We all have full time career type jobs and families that keep us busy. Kids learning to drive, kids losing teeth, wives needing and giving help, bills to pay and so on. But when you take a school teacher, a truck driver, and two computer techs, mix in some rockin’ country….you get us. You’ll have to guess who is who.

TCS: Ha! What are a few things that you’d like people to know about each of you – to really get know who you are?

AR: To know us is to know we are four different personalities. It’s just another reason this project works so well. Although we are all on the same page with drive, motivation and direction, our personalities vary quite a bit. Mike is the sensible, cool, level headed business guy. John is the quite, easy going type. Brian is the outgoing, joke making, life of the party man and Criss is like a kid in a candy store, an excited ball of energy full of ideas.

TCS: You guys have been great, thanks so much for your time. Looking forward to hearing more from you in the future!

Stream their debut EP I Dream In Country here: 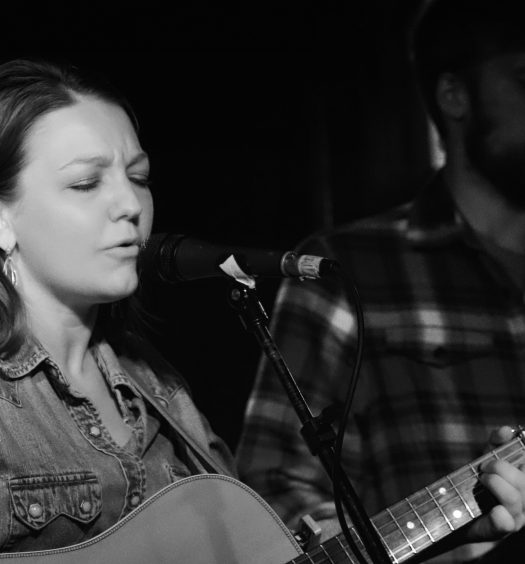 She’s Got A Way: An Interview with Kelsey Waldon

Read More
She’s Got A Way: An Interview with Kelsey Waldon 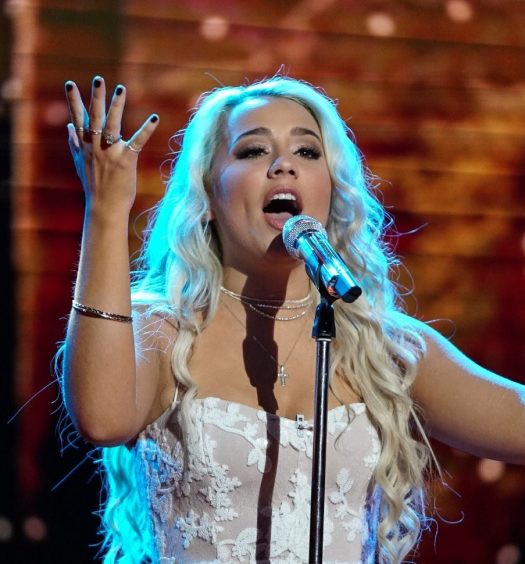 Soaring Like An Eagle: An Interview With American Idol’s Gabby Barret...